What does Harris’ win stand for India? 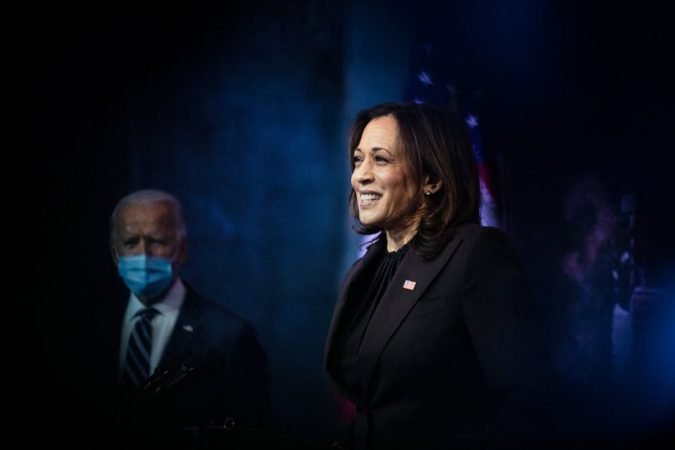 “We did it, Joe. We did it”. These were the words of the Vice President-elect of the United States of America, Ms Kamala Harris. The world had its eyes on the Presidential elections of the States not only because elections were to be held in ‘the’ United States, but also because along with it came hope to bring change, across the globe. It was a close fight. But what does this winning of Democratic Party, especially Ms Harris mean?

Kamala Harris was chosen as running mate by Joe Biden in August 2020. It was one of the many obvious and strategic moves made by the Democrats. This also portrayed increasing acceptance towards socio-cultural and racial diversity in the party. This win has made several firsts for Harris and has given hope to the people all over the world, in different ways. She is the first female, first Black, first Indian-American and first Vice President of the US having Asian origin. She is one of the only three women vice presidential nominees to be selected. Being Vice President of the most developed and influential nation of the world, she has inspired young girls to believe that they can become anyone they wish to be and break glass ceilings. Having ancestral roots attached to India and Jamaica, she represents the minorities, who contribute equally towards the economy of the States. Minorities in the US account for approximately 20.6% of the population which includes Black or African-Americans alone, American-Indians and Alaska Natives alone and Asians alone. Indians were far more excited for this election as if their names were also on the electoral rolls. Nevertheless, this win has opened doors to many possibilities of changes.

The big question is what the new regime has for India. During the presidential ship of Donald Trump, few actions were not much welcomed by the immigrant population and other minorities living in the US such as restricting travellers from certain countries, trying to end Deferred Actions for Childhood Arrivals program, increasing minimum wages especially in the tech industry, completing the border wall with Mexico, stopping immigrants from receiving benefits etc.

Due to Ms Harris’ Indian roots, the administration is already familiar with India and contributions of Asians towards the American economy. Mr Biden has been a champion for India even during the serving period of former President Barack Obama and has played a key role in making nuclear deals successful between both the nations. Biden-Harris have promised visas for skilled immigrants, benefitting Indian workers enormously.  Indo-US relations might become stronger by supporting each other at major International forums such as the US standing in support for India’s seat to the UNSC.  Lately, China has also become a major troublemaker for both the countries, but it can be tackled strategically, together. Biden-Harris partnership had promised to take appropriate actions against the orders passed by the earlier regime, benefitting both immigrants and citizens. With a woman of colour and mixed roots at a top position, not only the gender but any person of colour and different ethnicity feels secure and is looking forward towards different opportunities especially post Black Lives Matter campaign.

But, experts say that the liberal approach towards India might get tough too. Since Harris has been vocal about human rights and humanitarian crises, the Kashmir issue might be raised again in the Senate. Also, according to them, the lives of Muslims living in India have become difficult and the Trump administration has been quiet on this matter. Mr Biden and Ms Harris are likely to be more critical on these issues.

Nevertheless, the win has made Indians smile and proud. Ancestral village of Ms Kamala Harris, Thulasendrapuram in Tamil Nadu has not stopped shining since the win. The residents came out together and prayed for this win. Now, due to coming into the limelight, eight hours away from Chennai, the villagers are hoping that the government might fulfil their long last wish of building a college or making better roads, improving the accessibility for villagers. Let us see how long it takes them to win that battle.

Utkarsha Srivastava is an Advocate by profession