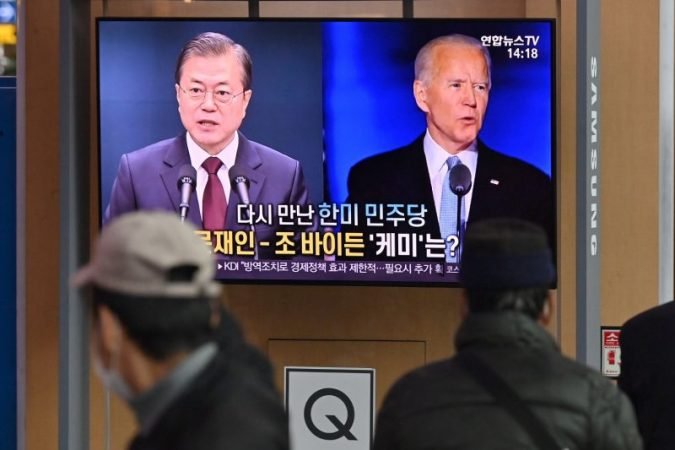 The liberal international order and the momentum of global cooperation were greatly weakened through the last US presidential term. Consequently, the world order that has been traditionally experienced has become befuddled, and even the confusion of the corona pandemic overlaps, leading the world to face a more uncertain era. The Biden administration emphasizes the urgency of resolving domestic issues such as corona, racism, and immigration policy. It is also urgent to get over former President Trump’s populism and embrace the divided influences. Biden’s America will overcome the legacy of the Trump era and lead the world in front of American form and values.

Lately, the Biden administration announced key people who will lead the next four years. Most of them are savvy diplomats from the State Department. This implies that the Biden administration will lead the White House with diplomacy as the most significant subject in the future. All of Washington’s key personnel hold the experience necessary for major foreign policies facing the US such as North Korea and Iran. In the future, the priorities of the US will be to rebuild alliances, restore democracy in the US, support human rights problems, and, if necessary, counter the world authoritarian regime.

Nonetheless, the forces behind Trumpism in America are still potent, and international order and alliances are changing. For this ground, the Biden administration will first move away from isolationism. The basic foreign strategy of the US Democratic Party is ‘multilateralism with the democratic alliance’. Biden will reinforce alliances that share democratic worth and utilize the traditional leadership of the US through multilateral cooperation.

Checks and pressure on China will continue. The US will secure an edge in advanced technology and block China with human rights and international norms. Additionally, Biden will stress cooperation between America and Korea and reinforce the bond. He referred to the ROK-US alliance as “the linchpin of security and prosperity in the Indian-Pacific region.” Washington is also looked to take a pragmatic approach to denuclearization after stopping North Korea from increasing its nuclear capacities. Unlike Trump, who highlighted personal relations with North Korean leader Kim Jong-Un, Biden will engage a policy-oriented approach. Yet, it is even unclear how to set North Korea’s denuclearization standards and how much sanctions will be strengthened when North Korea is stubborn. Besides, the Biden administration is anticipated to have a lower priority on North Korea matters than the Trump administration.

In the US, Asia is perceived as a threat because it is a mystery. In particular, after China has shown itself as a regional power in Asia, it is awaited to come forth as a powerful threat to the US in the international community, then it is counted as a major menace to America. The recent intensification of anti-China sentiment in the US proves this. Thus, while being an Asian country, Korea and Japan, which can share values with the US, have important strategic merit of Washington. Notwithstanding, there is no country in Asia like Canada or the United Kingdom to serve as a proxy for the Whitehouse. Hence, the US must intervene directly in Asia. This means that the US will try to solve the problem directly with China in Asia.

Can Korea continue balanced diplomacy in the context of the US-China conflict?

Even in the Biden administration, many disputes are looked for in US-China relations. Presently, the US-China conflict begins with a trade argument and is expanding in all counsels, including politics, diplomacy, science and technology, cultural and military confrontations. The White House will first seek to pressure the public in cooperation with allies through the return of order through multilateral meetings. Accordingly, it is expected that Washington will more strongly demand Korea’s role and responsibility as an alignment. Although the Trump administration’s pressure to raise defense costs will be reduced, balanced diplomacy between China and the US, that is, the diplomatic strategy that the Korean government has been pursuing will need to be revised drastically. Until today, Korean government has adopted a diplomatic strategy of “the economy is China and the security is the US”.

The US latterly demanded that America guarantee, free navigation in the South China Sea, and continued to dispatch aircraft carriers and frigates, while China conducted missile launch drills, and the tensions between the two countries increased. Washington is pursuing a new strategy change to allow direct combat participation by Army tactical discharges in the Indo-Pacific region by 2028. This signifies that America regards the expansion of power through China’s Belt Road Initiative policy as a “strategy to extend China’s influence in the global strategic arena” and recognizes it as a great threat to Washington. The White House has been actively pursuing an Indo-Pacific strategy to hinder this. The US sought to halt the China through strategic unions with other allies, including Quad countries such as India, Japan, and Australia, and such efforts are required to proceed in the Biden administration.

Washington will also reset US-China trade relations. Simultaneously, still, the US will also focus on coexistence with China. Unlike the Trump administration, it will first bid dialogue with China through formal channels. Currently, America has a form of betrayal to China. Since China’s market opening in the 1970s, the US has been investing in China for the past 50 years. It has also contributed to the stable incorporation of China in the free market economy and global society. Even so, seeing China grow and strengthen its position as a powerful nation against the US in the world community, America bears the sentiment that it was eventually let down by China. Therefore, if China goes on its enlargement policy as it is now, it is looking for that the US-China relationship will be hard to solve.

It is the dilemma that Korea faces that Korea’s participation in the US’ China checks will be demanded more strongly than before. The Korean Peninsula is basically located at the point where the ‘continental forces’ centered on China and the ‘marine forces’ focused on the US collide. Therefore, Korea’s most important core security strategy is always the “power balance” between these two forces. The Korean government has been struggling between clashes of power for the past half-century. In this process, the Korean peninsula is suffering unending as a outcome of dividing into two. The Korean Peninsula will have to find a balance between the collision of power once again.

Click here to read next part of this article