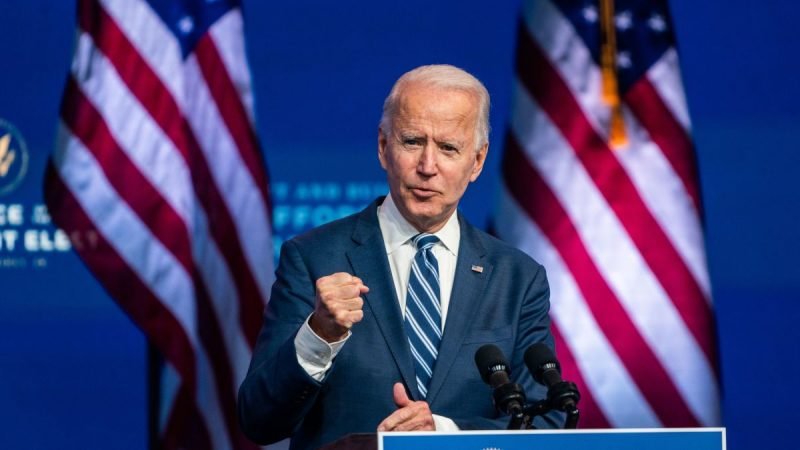 President-elect Joe Biden is no unfamiliar face in India being Obama’s Vice President for two terms, Biden had enough interacted with the power elites in Delhi. Kamala Harris as his vice-president brings the much-celebrated American dream in perspective and the heights Indian American had achieved in the US.

What would a Biden Harris administration mean for India? To put things in perspective, ever since the Clinton thaw in the relationship, there has been no going back. Bolstered by Bush, amplified by Obama and ‘cautiously’ improved by Trump, the Indo-American relationship is on an upward ascendance.

Today, the rise of China more than anything catapults the two democracies closer and adds the strategic glue that estranged them for long. A Biden Harris administration is expected to strengthen it further.

Not all would remain same though, the change from Trump administration would be most notable in its outreach to Iran, Biden consistently vowed reinstatement of the Joint Comprehensive Plan Of Action(JCPOA) or famously called the Iran deal . India might therefore see a softening of stance on Iran, which while easing India’s trade with Iran could complexify its relations with the gulf nations as the old rivalries will flame up.

A Biden Harris administration is committed to rebuild the alliances of the west. So while trump administration at many occasion ignored the west and went ahead with India. India might have to wait a little bit longer to elicit interests from Washington now

The most notable change of stance is expected with respect to China. Biden in his interview had called China America’s biggest competitor. This marks a stark departure from Trump’s anti- china rhetoric and is seen as a way to engage Beijing. In the days to come, more engagement from Washington can be seen towards Beijing. India as always will have to manage its relations with both the powers wisely.

The US Russia rivalry can resurface and India might be expected to do the same maneuver it did during its NAM days. President elect Biden is expected to continue American dislike of Russia supplementing it with action, which in many expert’s opinion is outdated and anachronistic. India’s defence sector is one such area of intense competition where more disagreements would be seen.

On the flip side, Biden had pledged strong support to multilateralism and had committed to rejoin Paris accord. This is a welcome step both for India and the world. India could leverage American technology for its much-needed climate change strategies which the trump administration didn’t accept in the first place.

Biden long support to limiting American forces to counterterrorism in Afghanistan is expected to maintain status quo in Afghanistan. The Taliban led govt in the future is the best shot for a face saving exit for Americans and India therefore would be needed to engage with Taliban as scenarios are unexpected to change.

Biden’s open acceptance and celebration of diversity provides a sense of optimism for H1B visa workers. While indeed a Biden administration would be easier on H1B visa applicants, a pandemic induced work from home set up and domestic job losses make it unlikely for the process to be back where it was. India will have to continue its talks while at the same time creating avenues back home for the talent to reside in the country.

A Biden Harris administration, however, could go critical about alleged human rights violation in Jammu and Kashmir. While American virtue lecturing is an ongoing exercise, this time it could find traction amidst progressives in the Congress.  This time the criticism of Rep Jayapal can be echoed from the white house. India, therefore, will have to take in confidence the influential VP Harris to make its case in the West Wing.

The incoming administration is a mixed bag for India and would be for the world. As the world awaits, the clock has started ticking on the outgoing Trump administration. It’s just 7 weeks before we could say Alvida Trump and NAMASTE BIDEN!