Who is the loser in India’s apprehensive stance against the RCEP? 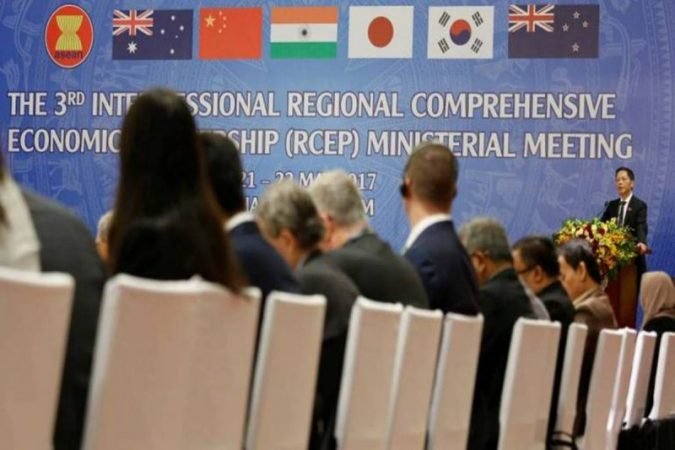 India always held an apprehensive stance over RCEP. Nationalistic Interests and Geopolitical reasons like the existence of China and fear over dumping have led the country to avert the deal. The Regional Economic Comprehensive Partnership is a proposed agreement between the members of the ASEAN (Association of Southeast Asian Nations), and their free trade agreement (FTA) partners. RCEP first launched during the 19th ASEAN meeting held in November 2011, with a set deadline for countries to accept the deal by November 2019. India decided against joining the 16 nation partnership. The 16 Nations that form part of the RCEP deal are not only the fastest-growing economies but also home for more than half of the world population. The RCEP aims to create an integrated market, in turn making it easier for products and services of each of the member countries to be available across the region. The RCEP now works among 15 countries, that includes the 10 ASEAN members — Brunei, Cambodia, Indonesia, Laos, Malaysia, Myanmar, Philippines, Singapore, Thailand, and Vietnam — and their five trade partners — Australia, China, Japan, South Korea, and New Zealand.

Role of China in RCEP

India’s apprehensive stance towards joining RCEP can be c to the presence of China in the RCEP deal. The problem reached great heights with Anti-Chinese sentiments, and Boycott China protests rising across lengths and breadths of the country. RCEP was pushed by Beijing in 2012 to counter another FTA that was in the works at the time: The Trans-Pacific Partnership (TPP). The US-led TPP excluded China. However, in 2016 US President Donald Trump withdrew his country from the TPP. Since then, the RCEP acted as a principle tool for China to counter the US efforts to prevent trade with Beijing. This way, Beijing took to every advantage, The RCEP to find stability amidst its cold war with the US.

India took a decisive stance against signing the deal and took a huge step away from the mega trade deal, with Prime Minister Modi quoting “the present form of the RCEP agreement does not fully reflect the basic spirit and the agreed guiding principles of RCEP. It also does not address satisfactorily India’s outstanding issues and concerns in such a situation”. India’s stance is transparent and echoing of its national interests. Regional trade pacts are always against the “Make in India” perspective of the country. Opening up of the economy to countries that produce similar goods to India may lead to swamped products with the agreement, putting at risk indigenous, local producers of goods. In the 29th trade negotiating committee meeting of the RCEP, which was held online between 20-24 April, countries were in an urge to get back India to the deal.

China, tapping its highest potential labour and human capital capacity, became the lead producer and distributor of products across the globe. You name it, and China has it. Entering in a trade agreement with a potential entrant; which due to its production capacity, sells its products at exorbitantly low prices, causes insecurity that looms over local producers. After the Galwan Valley incident, Anti-Sino sentiments got multiple folds, which also is a potential cause for India’s apprehension. The trade pact can collapse the whole ecosystem of Dairy and Agro farmers owing to the threat that Australia’s Agro systems can pose. All of these reasons play a major role in India’s decisive stance against the deal. But, mere economic reason cannot be quoted as reasons for this move- its more to do with Geopolitics of the country and its neighbours. Ambitious Belt- Road initiatives carried on by China, focused on attaining global hegemony and market imperialism can be potential threats to India in the coming years if it chose to be a part of the pact. Ironically, the pact loses immense market capacity and consumer base of India – with its stance against the Partnership.