Israel And Gandhi: An Oxymoron? 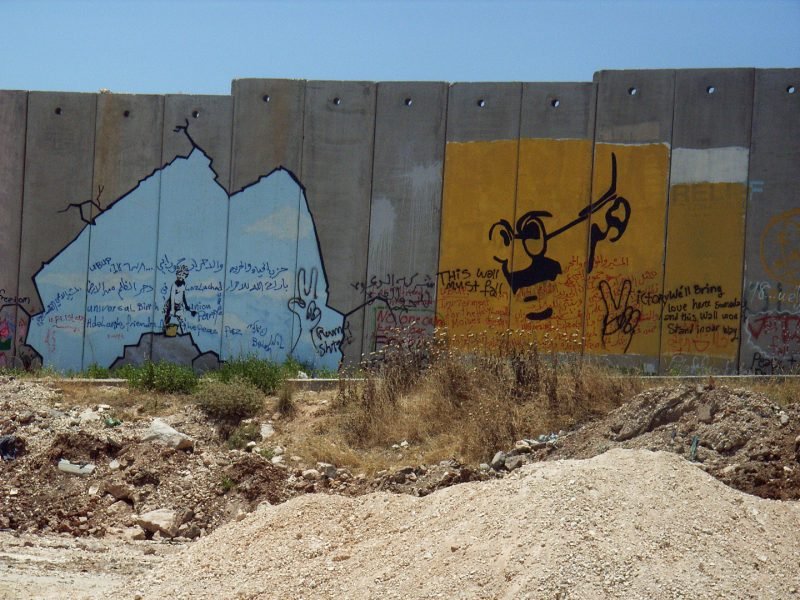 Being a student of International Relations, I am in no delusion to advise Israel, or, for that matter, any nation to take inspiration from Gandhism as to how should one deal with their international counterparts, particularly their neighbours. The article intends to make a different point. It argues that the state of Israel stands to benefit by embracing and promoting the tenets espoused by Mahatma Gandhi. Israel, as a nation-state, came into existence in 1948, and since then, its power has grown by leaps and bounds. What can Israel possibly learn from a man who helped a country achieve its freedom that was so different from Israel?

Along with helping India achieve independence, Gandhi showed the world a path where one can get things done of such magnitude without raising a sword. He showed us we do not have to be Caesar to conquer the world. We do not have to be Hitler to make people believe what we think is right. We can do so by being Dr King in America, Lech Walesa in Poland, and Nelson Mandela in South Africa. Along with emphasizing how to get what we want, he also insisted on doing what is just once we achieve it. The Israeli society does not get highlighted in the world news as much as the Israeli state. It is to benefit Israel to let the world know how harmoniously it deals with its internal affairs, which reverberate Gandhism. Not everything in Israel is working alright, however, the difference between how the Israeli state and society behave is stark enough to bring to global public notice.

The society of Gandhi’s vision is to be free of any discrimination, be it race, religion, colour, or gender. Israel has done a fine job on most of these parameters. Israel is the champion of Lesbian, Gay, Bisexual and Transgender (LGBT) rights. Even though it was in 1988 that same-sex sexual activity was finally legalized, the former law had not been enforced in any case since a court decision in 1963. LGBT people are also allowed to serve in the military openly. Calgary Herald referred to Tel Aviv as one of the most gay-friendly cities globally, famous for its Pride Parade and gay beach. Gandhi has more than once reiterated that the greatness of a nation could be judged by how its women are treated. Regarding gender equality, as of 2009, women in Israel comprise 50.26% of the state’s population. In a 2012 survey, Israel ranked 11th among 59 developed countries for the participation of women in the workplace.

Mahatma Gandhi had always been vocal about safeguarding one’s cultural heritage, and Israel has achieved it by embracing modern technology and lifestyle. Furthermore, it is perhaps the only country that has succeeded in reviving a dead language and is using it now as a national language. The freedom of the press is protected by the Basic Laws of Israel and an independent judiciary. Intellectuals, more or less, have the liberty to critically analyse government policies.  In many ways, Israeli society is not very different from what envisioned by Gandhi. However, it sounds strange, Israel and Gandhi in one breath, perhaps even an oxymoron.

Israel is Seen in a Bad Light

Even though Israel is surrounded by many enemies who have not only refused to officially recognise it but have also declared to make it non-existent several times, experts would have a hard time accepting that the state of Israel is facing any existential crises. Israel is not facing any existential crisis even in the face of so many adversaries owing to its belligerent policies, true, and yet the way it behaves and the image it portrays in the world’s public opinion is not in its benefit. Even the most admirers of Israel (the number of which is rapidly growing in India lately) praise it only because of a particular set of reasons like its aggressive state policies and intelligence agencies. And that is not in the long-term interests of Israel.

In the results of polls conducted by BBC in 22 countries, whether they have a ‘mainly positive’ or ‘mainly negative’ view about Israel from 2012 to 2014. There is a lot to observe in here, but there are some obvious and consistent findings that are interesting. It is not surprising that Israel is viewed most positively in the United States; Noam Chomsky goes as far as to call it America’s “Sacred Cow“. No matter what area we choose, in almost every country surveyed, people had a ‘mainly negative’ view of Israel. Israel is considered to in a bad light and is next to only Iran, Pakistan, and North Korea in public opinion. Recent events like the Pegasus affair would probably have made it even worse since it is a direct assault on people’s privacy. Even when the states happen to have cordial relations with Israel, the people of those states have a dim view of Israel as a positive force in the world. Israel needs to win the people’s trust that it can be a force for good and work as a responsible state.

A Case for Israel to Embrace Gandhism

It is not hidden from anyone that, as much as he respected Jews, Gandhi did not approve of the state of Israel on the land of the Arabs. Gandhi was a harsh critic of the United States of America as well. Even today, there is very little that one can find in common between Gandhi’s idea of an ideal society and the USA. However, unlike Israel, whenever the USA speaks or does something in the name of Gandhi, it does not sound like an oxymoron. Notwithstanding the fact that the USA had committed a lot many things that Gandhi would have staunchly opposed, the USA can still claim to be a proponent of Gandhism. The article does not seek to emphasise that Gandhism is the ideal way of running a state. It is not so much about Gandhi but the things he believed in and preached like truth, nonviolence, equality, and whatnot, that increases people’s trust in the state. Therefore, it is to the benefit of Israel if the world can see a resemblance between the tenets preached by Gandhi and the way the state of Israel is being run.

While Israel cannot cast away its ruthless foreign policy in a fortnight, it can begin working on showing the world the liberal face of its society. For a state who not only desires but also deserves global recognition and admiration, hard power and soft power must go together. Not many know about the deep respect and admiration David Bengurion, the first Prime Minister of Israel, had for Mahatma Gandhi that the former had Gandhi’s portrait in his bedroom. On the eve of India and Israel completing 30 years of diplomatic relations, India’s External Affairs Minister S. Jaishankar and Israel’s Foreign Minister Yair Lapid mentioned about the portrait in a joint op-ed ‘Deepening Roots’ for the newspaper Israel Hayom. Such positive steps are welcomed for, such stories bring out a different image of Israel than is usually discussed in the media. Unless Israeli books like ‘To the End of the World’ become as common as ‘Mossad’ in every local bookstore of the world and TV series like ‘Shtizel’ is watched as widely as ‘Fauda’, the aspirations of Israel, in all likelihood, will remain unfulfilled. If hard power helped Israel become a world power, a combination of hard power and soft power would help Israel become a world leader.

Harshit Sharma is a student of Masters in Diplomacy, Law, and Business at the O.P. Jindal Global University.