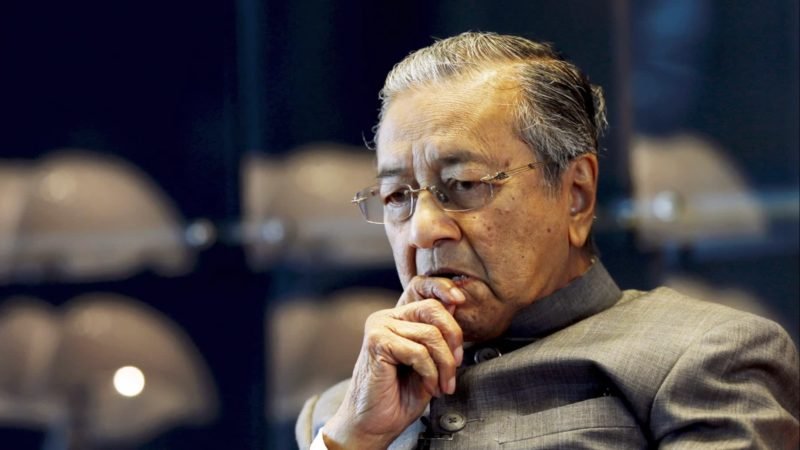 Malaysian Prime Minister Mahathir Mohamad has dialled back his criticism of India after it sparked a boycott of Malaysian palm oil, his chosen successor Anwar Ibrahim told Reuters on Thursday, urging New Delhi to note the change in tone.

Sources said the move was in retaliation for Mahathir speaking out against a new citizenship law which critics say discriminates against Muslims. Mahathir has also angered India by accusing it of invading and occupying Kashmir.

Anwar, who expects to succeed the 94-year-old Mahathir later this year under a deal worked out with his former foe, said the Malaysian leader may have gone beyond diplomatic expressions of concerns in his condemnation of the Indian government.

“Countries will not take strong objections when you express concern, but of course in this regard, Tun Mahathir has been quite tough and strong,” Anwar said in an interview, using an honorific for the premier.

“But since then in the past few weeks, he has tried his level best to contain and try to make the necessary adjustments. I’m sure the leaders in India will take cognisance of the fact that Mahathir did say it, but then he has now refrained from repeating it in the sayings or tone.”

Anwar said he and Mahathir had discussed the tension with New Delhi and that it was important to maintain good economic and trade relations with countries like India and China without necessarily having to agree with each other’s policies.

Anwar said he would have crafted any criticism of India over Kashmir or the new citizenship law differently than Mahathir.

Pakistan may have bought around 135,000 tonnes of Malaysian palm oil last month, a record high, India-based dealers who track such shipments told Reuters on condition of anonymity.

Malaysia has postponed its biggest palm oil conference that typically draws thousands of industry players from more than 50 countries, according to sources.

The Palm and Lauric Oils Price Outlook Conference and Exhibition or POC2020, originally scheduled for March 2-4, will be rescheduled to June.

The event secretariat cited “space availability” as the major factor behind their decision to postpone the conference, according to two participants who have received messages from the organisers about the postponement.

POC2020, held annually over the past 30 years, is one of the most highly anticipated palm oil conferences in the region, attracting over 2,000 industry players, according to organiser Bursa Malaysia.

More than two dozen large trade fairs and industry conferences in Asia have been delayed because of the spread of the China coronavirus, shuttering events where billions of dollars worth of deals have been signed-in the past.

POC2020 Secretariat and Bursa Malaysia did not respond to media on questions about the postponement.