A Case for Private Financing of Infrastructure in South Asia 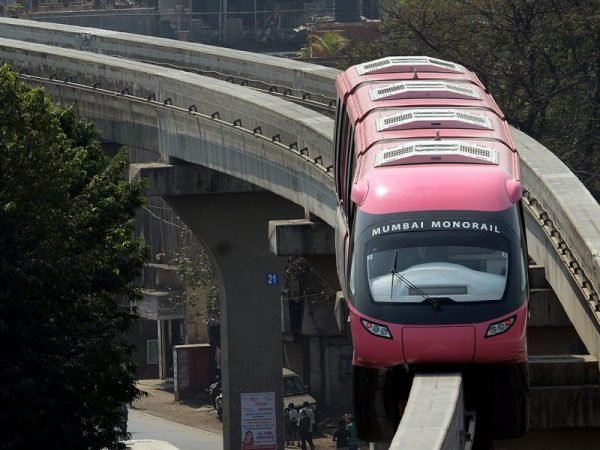 Infrastructure plays a crucial role in sustained GDP growth of any nation. Estimates by Calderón et al. (2011) reveal that “a 7%–10% increase in power, transport, and telecommunication infrastructure can add 1% to a country’s output”. Over the years, observation of developing regions around Asia has revealed a significant reduction in poverty and income inequality in regions with upgrading level of infrastructure. South Asian region has shown a good growth rate over the years with countries like India and Bangladesh outperforming a large number of countries. This has come about as a result of improvement in the overall quality of infrastructure and “rapid evolution of communication technology”. Though the access has increased, the quality of infrastructure in South Asia has remained poor. A study by Asian Development Bank (ADB) predicts, “South Asia’s existing infrastructure could soon prove to be a roadblock in sustaining its growth momentum and addressing persisting poverty and inequality”.

In comparison to other developing regions of the world such as East Asia and Pacific, South Asia lags behind in access to infrastructure services. In terms of quality of overall infrastructure, the region remains low with a score of barely 4.5 in comparison with the highest possible score of 7. A large number of areas in the region still don’t have access to electricity. Power outages are common, extending as long as 8 hrs to 16 hrs in some regions. There are in a month 25.4 average number of power outages. This is far higher as compared to other developing regions such as Latin America and East Asia and Pacific with only 2.2 and 4.9 average number respectively. Approximately, just about 60% of the population in Bangladesh and 80% in India has access to electricity, which is far below standards of even Southeast Asian countries.

The region also falls short on access to basic infrastructure facilities such as safe drinking water and sanitation. An ADB study reveals that in 2015, only 56% of South Asian residents used a safely managed drinking water service, which is, drinking water located on-premises, available when needed, and free from contamination in comparison with 71% of the global population. Only 48% of the population in the region has access to a basic sanitation facility. The problem becomes worse for the poorest of poor, more so in pandemics like COVID19.

Road Density in most of the South Asian countries falls far below the world average of around 100 kilometres per 100 square kilometres of land area. Railway length per million people also remains inadequate. This is true more so when the countries have to conduct business with countries of the Southeast Asian region. Approximately 51% of the total length of the Asian Highway in South Asia and South-East Asia are Class III or poor quality roads. This indicates the need for improvement in the cross-subregional road network. The railway network too needs to be given attention. The Trans-Asian Railway (TAR) network includes about 10,500 km of missing links which need to be constructed to provide for an unbroken TAR network. This includes about 2,493 km of critical missing railway links in the TAR connecting South and Southeast Asia.

The potential gains out of closer subregional integration are large. A study by ADB indicates gains of about $260 billion, or 2% of gross domestic product (GDP) from an East and South Asian free trade area, under conservative assumptions. However, the weak linkages between the regions act as a barrier to integration. The weak infrastructure in South Asia also has an adverse impact on the standard conduct of businesses. As pointed out earlier, frequent power outages are common phenomena in many areas of the region. Manufacture in industries is directly impacted. The loss of sales due to these shortages varies from 3% in Sri Lanka to 26% in Nepal. Almost 70% of the firms in Nepal suffer from the problem of power outages. Frequent power disruptions interrupt production and significantly reduce productivity. Thus, the low-quality infrastructure is a major impediment to business growth and needs to be given more focus by the governments of countries across the region.

However, this does not go out to say that governments have not given attention to infrastructure in the region. In fact, the public sector finances over 60% of South Asia’s infrastructure investment. The problem though lies in how the public financing of infrastructure has been conducted. The public sector has been found to suffer from the lower collection of user charges. The tariffs of power and water are set too low so as to cover maintenance and operational cost. Despite budgetary funds, the problem of inefficient use is common. International Monetary Fund assesses that globally, “about 30% of potential benefits from infrastructure investment is lost due to inefficiencies in investment planning and implementation”.

Low revenue collection and inefficient use of scarce resources are a direct result of corruption in public sector financing of infrastructure. Most of the countries in the region are top rankers in the worldwide corruption perception index. Transparency International has often claimed South Asia to be the most corrupt region in the world. Tanzi and Davoodi (1997) argue, “weak institutional controls encourage larger public expenditure on highly visible infrastructure projects such as roads, airports, power plants, and ports that can be milked by corrupt politicians. This occurs at the cost of low operation and maintenance expenditures. As a result, not only does the quality of infrastructure suffer, it deteriorates faster as well”. Corrupt practices are present in public infrastructure services from the planning to even on grounds implementation of schemes. Project implementation costs are thus far much higher than what was planned. While governments may even wish for infrastructural reforms, these are often too political. Farmer votes tend to be swayed away by other parties that promise to restore free power when a reduction in power subsidy is announced by the party in government. Any attempts to rationalise the electricity board rates are usually met by sheer opposition from trade unions that see it as the “first step in the slippery slope towards privatisation and job losses”. Poor governance, high cost of bureaucratic red-tapism and regulations all come together to impede investments in South Asian infrastructure.

Given that the infrastructure gap is rising and the governments have limited resources, the private sector and PPPs are going to play a vital role in enhancing the infrastructure services of the region. Under PPPs, both private and public sector work together while retaining their own identities and responsibilities. The government’s role is largely limited to making policies and monitoring, while the private sector takes up the role of implementation. PPP projects are often produced in time and within budgetary constraints as compared to the public sector. The private sector has strong incentives to finish projects as early as possible to gather revenues for repaying the capital costs.

PPP model has been widely used in South Asia. The region has the largest share at almost 40% of PPP investment among all the sub-regions of developing Asia. PPP frameworks however in this region are largely limited to energy generation and water sector. There is the slow progress of social sector PPPs, this has been especially seen since the 2008 global financial crisis post which the investments became riskier. As per World Bank Private Participation in Infrastructure Database: “there are less than 1,000 active projects in the energy, telecom, transport, and water and sanitation sectors under PPPs or fully owned by the private sector. This is quite low compared with the more than 400 power plants in the region, a large number of cities where electricity distribution, water, and sanitation networks exist or are needed (in India only there are more than 5,000 towns and urban agglomerations), the more than 400 seaports and airports, and the extension of the road network”. Thus, the number of PPPs in the social sector and those fully owned by the private sector are much lower than the possibility in this vast region.

Since the PPP model did not take off as expected in South Asia, the pressure to develop infrastructure has largely remained with the government.
ADB report points out that this has come about as a result of the government not developing a credible pipeline of PPP projects, and expanding toward sectors beyond energy. For this, there is a requirement to attract private investors and regulate PPPs. Thus, it is necessary to have legal, regulatory and institutional reforms. Wide variety of financing options are a must and thus there is a need to develop more financial facilities. The non-private sector friendly nature of South Asia needs to be overturned. For instance, registering property in India can take up to 24 days in many cities and businesses on average require 40 days to start anywhere in the country. A restoration of faith of private sector is utmost necessary. When appropriate regulatory and institutional frameworks will be in place, it is expected that the region will be able to carry out public-private partnerships for developing and enhancing infrastructure in South Asia.

The indicators on the development of infrastructure in the region prove that the government has failed in its dual role of policymaking and also implementing these policies. Rising inequality in major infrastructure facilities across the countries might be responsible for the widening income disparity over time. The administrations across the region are realising that the private sector needs to be involved and attracted in order to have necessary growth. The countries are aware of the fact that the mere advantage of labour cost will not bring in the necessary Foreign Direct Investment(FDI) and it becomes imperative to shift their focus on infrastructure. The development of infrastructure will encourage intra regional trade and will pave the way for the region’s international market access and through this to higher income.