The China-Pakistan Economic Corridor – Is it viable? 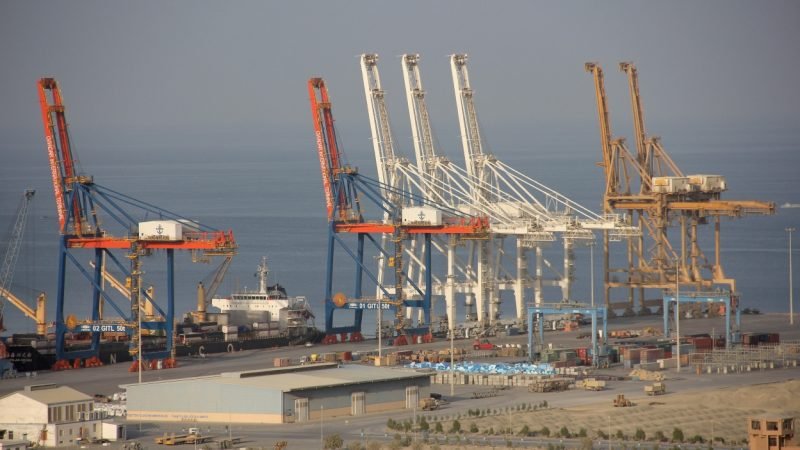 As the disengagement talks on the recent flareup on the LAC between India and China were going on, and the Indian and Chinese news and social media spaces were filled with hyper-nationalistic content against each other. A clip of the July 10th Briefing of the Chinese MFA spokesperson, Zhao Lijian praising the Ironclad relationship between Pakistan and China where he goes on to say “Cheen – Pakistan Dosti Zindabad” was making rounds on the internet and further infuriating the Indian nationalists and retired Generals on TV claiming that the two neighbours are conspiring against India and a war may take place on both fronts as videos of a scuffle between PLA and Indian soldiers from Sikkim also emerged.

Relations between Pakistan and China date back to the days of the cold war when in the year 1950, Islamabad recognised the People’s Republic of China and established diplomatic relations with Peking the following year. Since then the relationship has come a long way. The Chinese during the 1962 war with India, offered General Ayub Khan an opportunity to join their attack on India which he declined. Pakistan ceded the Shaksgam valley to the Chinese under the 1963 boundary agreement to settle its boundary disputes. The ties solidified over time as the Pakistanis were used by President Richard Nixon and Secretary of State Henry Kissinger to establish diplomatic relations with Peking. Cooperation between Islamabad and Beijing spans across military, economic, cultural and nuclear realms; so much so that the 1998 nuclear tests by the Islamic Republic are said to have had involved extensive cooperation and supply of critical nuclear material and dual use technology from the Chinese. The aforementioned anecdote concerning Zhao Lijian during these times is thus a testament to the bilateral relationship and cooperation between these countries.

The Belt & Road Initiative and CPEC in Pakistan

Launched in the year 2013, the China Pakistan Economic Corridor is a collection of several massive infrastructural projects in Pakistan that are built and financed by the Chinese. Initially launched as a standalone initiative, the project eventually became an important part of President Xi Jinping’s Belt & Road Initiative (BRI). Projects under the CPEC, when completed are valued at more than $62 billion and include a major investment into the construction of Pakistan’s highway and railway infrastructure which connect Pakistan’s Gwadar port to the western Chinese province of Xinjiang. The port itself was given on lease to a Chinese SOE in 2016 and has been developed as a part of the Gwadar Special Economic Zone and the broader CPEC.

Besides the transport corridor which makes the headlines, CPEC also includes a number of energy projects which include solar, winder and thermal energy power plants which aim to address Islamabad’s energy problems as the nation remains ridden with power outages and transmission issues. Extensive focus and investment on coal-based thermal power plants show the nation’s resolve to shift from fuel oil-based generation and to use domestic coal into its energy mix. Besides coal, hydroelectric projects like the Kohala hydroelectric project on the river Jhelum are also a part of the initiative built with collaboration with the Chinese Three Gorges Corporation.

CPEC and the broader BRI have often been compared by the western analysts with the Marshall Plan, and the Chinese leadership has denied the same on several occasions. Such comparison by analysts generally stems from the similarity in terms of investments in infrastructure which were a key part of the Marshall Plan, and are the Belt & Road Initiative. The corridor has infused massive Chinese investments into the Pakistani economy and was initially publicised as a great employment generation opportunity for Pakistan. Islamabad seeks to lessen its dependence on the port of Karachi, by building and investing in the port of Gwadar and the surrounding free zone which is being developed to invite multinationals to set up their bases in Pakistan.

Islamabad’s integration into the BRI, through the CPEC helps it increase its trade and cooperation with the Central Asian Republics and other Eurasian countries that are part of the BRI. For the Chinese, the port of Gwadar provides it access to the warm waters of the Arabian Sea and a berthing facility to the Chinese commercial and naval vessels to replenish. The corridor and the BRI, serve the Chinese interests in better integrating the restive western province of Xinjiang with rest of China and global supply chains. The initiative has actually resulted in a far greater number of migrations of Han Chinese to Xinjiang who eventually work on several BRI projects including those under the CPEC.

Though the economic importance of the corridor remains, it would be foolish to reject or unsee its strategic importance for China as well as Pakistan. Berthing of PLA Navy ships at the Gwadar port has often irked India, which has been one of the only major countries against the BRI. Though the Chinese have denied their use of Gwadar for strategic purposes, it serves as a major replenishment hub for the PLA Navy ships sailing to its military base at the horn of Africa, in Djibouti. Pakistan maintains ambiguity regarding the use of its port by PLA navy as it contributes to its deterrence capabilities against India, as the port increases Pakistan’s strategic depth towards its western frontier. Through the port of Gwadar, the Chinese can also check the growing Indo-US bonhomie in the region and in the Persian Gulf. The much-coveted Malacca trap which India, the US 7th Fleet and various south-east Asian nations count on as their insurance policy to limit China’s influence and naval presence into the Indian Ocean Region and the Arabian Sea will be bypassed by the Chinese with the completion of this port. As the deployment of PLA Navy ships and submarines in the IOR has already been on a rise in the name of Anti-piracy operations, reports over the future deployment of Chinese SSNs at the port of Gwadar further trouble India and problematise the South Asian balance of power and effect deterrence capabilities of India.

Though when launched, the corridor boasted of future investments of more than $62 billion into the Pakistani economy and several Chinese and Pakistani leaders have called it a success, the reality is far from it. Several bottlenecks have held back the corridor from completion and led to the scrapping or scaling back of several mega projects. Since its inception, CPEC’s security has been a major concern for the Chinese and the Pakistanis as the BLA has opposed it and any military expansionist agendas of the Chinese on Baloch soil. Despite the crackdowns on the BLA by Islamabad, the threat to the corridor remains very real as there have been various attacks on Chinese workers, consulates and interests in Pakistan. With time, these attacks have transcended Baluchistan and moved into Punjab and Sindh as Islamabad has blamed the Indians for sabotaging the projects and aiding the BLA.

Pakistan’s economic stability and rising national debt have also impacted a number of megaprojects which it previously committed to and had to scale back or withdraw from. One of the priorities that the Imran Khan government had post his election was to get an IMF bailout, as of the initial 122 projects that were announced; only 32 (worth $20 billion) have been completed so far. Thus, Pakistan’s economic realities have impacted the projects under the CPEC severely resulting in a wide gap between the projects announced and completed. This, coupled with the restive situations in various border provinces have resulted in the severely low completion rate in Baluchistan, KPK and Gilgit-Baltistan. A disparity between completed projects in Punjab and Sindh viz-a-viz the ones in border regions can also be observed and attributed to the Punjabi-Sindhi control over Pakistani polity and economy.

A number of major energy megaprojects have also been shelved as the risk involved outweighed their benefits. A $14 billion hydroelectric project was slashed in Gilgit Baltistan which accounted for the majority of CPEC funding for the state. Energy Projects across Punjab and Baluchistan have also been impacted by internal politics and corruption and had to be cancelled. A number of energy projects which were completed and are operated by the Chinese have resulted in electricity price rises which have subsequently been accompanied by protests throughout Pakistani cities.

Free Trade Areas and SEZs which were supposed to attract multinationals like the one in Gwadar have failed to achieve their objective and are largely vacant. Even the port of Gwadar which was supposed to be the crown jewel of the CPEC has so far failed to attract adequate shipping traffic and the only vessels sailing to the port are Pakistani naval vessels and occasional Chinese commercial ones.

At the end, though the strategic importance of the project can not be ruled out, its economic benefits and viability remain questionable. The jobs that were promised to be generated as a result of the corridor have failed to materialise, as large numbers of the skilled and professional workforce involved in the corridor has been Chinese. Ambitious energy projects which were supposed to quench the thirst of a thriving nation have failed to benefit the Pakistanis so far, as they utilise the same distribution networks and focus just on power generation. Pakistan’s economic realities, rising debt and other aforementioned bottlenecks which have resulted in the delay, scale back and cancelling of certain projects have potential to further derail the whole corridor or significant parts of the corridor which may eventually lead to them falling into direct Chinese controls in the form of lease. And though it may seem like the corridor is a win-win from the outset; the fact remains that it benefits the Chinese more than the Pakistanis. In these times, when the world is suffering from a pandemic and anti- China sentiment due to Chinese expansionist tendencies and its approach to the pandemic remain rife, it is possible that projects under the BRI, like the CPEC which were earlier welcomed by a large number of countries as they infused much needed FDI into their economies, will face troubles and setbacks. Though in the Pakistani case, a complete or a large scale withdrawal from the projects remains a far off possibility; it is possible that the ongoing turbulences in the Pakistani economy finally make them think about its future and the impact of decades of debt servicing for CPEC projects on the Pakistani economy.