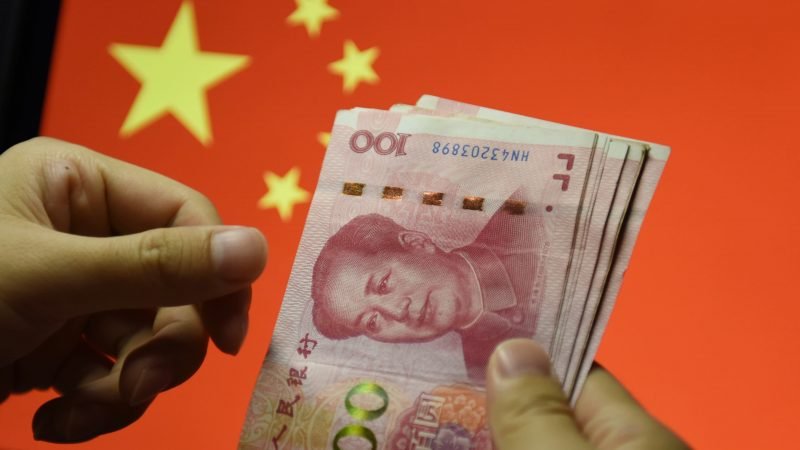 Despite the coronavirus pandemic imposing lockdowns, India’s Directorate of Revenue Intelligence (DRI)’s seizures of smuggled foreign-origin gold in the country increased by around 13 per cent in value in 2019-20. Smugglers are now increasingly relying on the overland routes from along the ‘porous’ borders with Nepal, in lieu of the preferred air routes of gold smuggling from West Asia. In July 2020 a huge cache of gold 33.5 kg was seized by the Central Investigation Bureau, after the perpetrator one Hari Sharan Khadka, 42, landed in Kathmandu. Then in August 2020 gold smuggling case in Kathmandu unravelled a series of security lapses, double-dealings, and corruption intent on the part of law enforcement officers.

In this what’s most peculiar is the increasing involvement of Chinese nationals in gold smuggling from Nepal. According to the police records more than 200 Chinese have been arrested for their involvement in criminal activities in the last 5 years. Not just gold smuggling data reveals that Chinese nationals are in the lead of most criminal activities carried out in Nepal – ranging from Bank and ATM hacking, money-laundering, human trafficking, wildlife smuggling, and illegal medical practices.

One incident, in particular, indicates the extent to which Chinese criminals have started abusing Nepalese territory for carrying out illegal activities. On December 23, 2019, a total of 122 Chinese, involved in money laundering worth millions were arrested in Kathmandu. What’s even more peculiar is the manner in which Chinese authorities spearheaded the investigation, reducing Nepalese authorities to a peripheral position in an investigation in their own country. During the investigations, the lead agency was China’s Ministry of Public Security, giving no space to the Nepalese security agencies. Its Director Wang Xiaohong led the raids in Lalitpur, Balaju, Maharajgunj and Budhanilkantha and various other parts of Kathmandu wherein the carriers were arrested. The main cybercrime-alleged Chen Sitian, Wu Rongfeng, Yu Waihai, Jhang Jhangmo, Chu Ching, Yang Dong, Xiao Chao somehow succeeded in fleeing a day prior to raid to the Philippines. Chinese security agents, not the Nepal Police, seized 747 mobiles, 331 laptops, 98 CPUs, 99 monitors, 22 pen drives and 327 SIM cards seized during the raids. It was revealed that Chinese criminal elements were operating more than 21 software companies with investments of over 4 billion. Nepalese authorities thereafter carried out no investigations on how these Chinese nationals were using their territory to carry out large scale fraud operations. At a press conference the spokesperson from Chinese Foreign Ministry, Geng Shuang, dismissed questions about the involvement of Chinese nationals by stating that the detained can be the ‘people with a political or national concern of China. They might be the pro-democracy protestors of Hong Kong or Uighur and the anti-government activists.’

There exists no extradition treaty between the two countries, but during the visit of Chinese President Xi Jinping in October 2019, the countries had signed a treaty on Mutual Legal Assistance on Criminal Matters, as per which Nepal can deport Chinese nationals arrested in its territory. According to sources, there was pressure from the PRC to deport all the arrested Chinese nationals. Apparently, two chartered planes arrived Beijing and on January 08, 2020, and all the arrested Chinese nationals were ‘deported.’ Many feel that the lack of transparency in the arrest and deportation of Chinese nationals has made a mockery of Nepal’s legal system itself. Strategic analyst Arun Subedi regards the deportation of more than a hundred Chinese, another instance of Chinese influence and pressure on Nepal; “There is no place untouched by Chinese influence.”

This year Nepal is due to be evaluated by the Asia Pacific Group deficiencies in anti-money laundering (AML) and counter-terrorism financing (CFT) measures. In 2009 it was placed on the grey list by the FATF for weak financial controls, cash-dominant economy and a destabilised economic system. While it was removed from the grey list in 2014, the current emerging picture from Nepal where Chinese crooks are wantonly engaging in money laundering, online gambling, cyber-crimes are discouraging vis-à-vis the requirements of the international regulatory regime. According to media reports at least 800 Chinese nationals in Nepal are suspected by the government for their involvement in ML and for breaching digital networking systems.

Revelations made by the FinCEN Files

According to an investigative report ‘FinCEN Files’ released in September 2020, by the ‘Financial Crimes Enforcement Network’, a government body that monitors financial transactions system in the US, certain Nepali Banks and companies are acting as channels for Iran and China to skirt around US sanctions. FinCEN Files showed involvement of 10 Nepali companies that directly sent or received suspicious funds. As per the report, 9 banks, 10 companies and various individuals in Nepal were found to have transacted (sent/received) suspicious funds in the name of cross-border trade amounting to $ 292.7 million through a period of 11 years. FinCEN has pointed out that Nepal based company Rauniyar Brothers brought goods from Iran, but forged documents to show that the goods have been imported from Dubai. UK based non-profit organization called International Maritime Bureau (IBM) which specializes in investigating maritime financial fraud, has revealed that Nepali companies have performed transactions four times and loaded goods from the ‘Bandar Abbas’ port in Iran, but false paperwork suggested goods were loaded through the port of Jebel Ali, Dubai.

FinCEN’s reports have also exposed that illicit earnings are linked to Nepal’s antiquities smuggling. The report categorically states that “some Nepali business entities are linked to the international smuggling of gold, antiquities, bitumen, and telecommunication equipment.” In the name of various trades, businesses, and transactions, the money has been sent and brought in multiple times in Nepal through banks which were involved in the laundering of money from the smuggling of archeological artifacts.

China’s largest telecommunications service provider company, Zhongxing Telecommunication Equipment (ZTE) Corporation, which is also the leading exporters of telecommunication equipment in Nepal remitted 213.3 million US Dollars to other countries, including Nepal, from March 2011 to March 2017. Purportedly importing materials for construction of telecommunication towers in Nepal, ZTE was bypassing customs duty by sticking Red Cross stickers on the imported goods.

These are just a primer of the numerous suspicious transactions mentioned in ‘FinCEN Files’. Added to the sheer scale of the activities the fact that Nepal’s banks are allowing such shady entities conduct suspicious transactions frequently, is a serious violation of the provisions of the country’s Asset (Money) Laundering Prevention Rules 2008 (ALPA).

The Himalayan state suffers major shortcomings in anti-money laundering (AML) and counter-terrorism financing (CFT) measures. Because of its cash dominant economy, Nepal is an easy target for money launderers and financial crime. The heightened involvement of illegal Chinese activities in Nepal not only challenges the nation’s sovereign law and order regime but poses a serious money laundering risk to the state. These financial crimes could ‘push Nepal towards the list of high-risk countries’ and ‘defame the country’s name even more’. Nepalese authorities must take the threat of money laundering more seriously because unchecked, it will adversely affect currencies and interest rates and erode the integrity of the nation’s financial institutions.