Uncovering the Kremlin’s Shadow Army: An In-depth Look at the Wagner Group 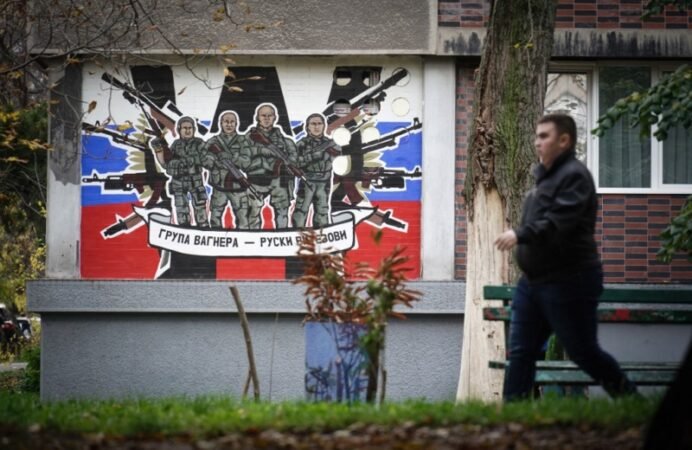 The Wagner Group, also known as PMC Wagner or simply Wagner, is a private military company (PMC) that has been making headlines in recent years for its alleged involvement in various conflicts around the world. Established by Russian businessman Yevgeniy Prigozhin, who has close ties to the Kremlin, Wagner is believed to be a shadow army of sorts for the Russian government, operating in a legal grey area with the support of the Kremlin. This organization and its activities have significant implications on the global stage, as the use of PMCs raises questions about state accountability, international law, and the changing nature of warfare.

The Wagner Group is significant as it could be used as a tool to advance Russia’s political and strategic interests without officially implicating the government.

Ties to the Kremlin

There is a significant amount of evidence to suggest that the Wagner Group has close ties to the Russian government:

The Russian government officially denies any links to the Wagner Group and claims that it is a private organization. The Kremlin has stated that it has no control over the group and that its activities are not coordinated with the government. The Russian government has also denied that any Russian military personnel are involved with the group and that it does not provide any support or financing to the organization.

Additionally, Russia has consistently denied any role of its military personnel in the conflicts where Wagner Group has been accused of an active role and often put the blame on ‘volunteers’ or ‘former servicemen’ instead.

It’s important to note that, despite official denials, experts and journalists have presented a significant body of evidence suggesting that the group is closely tied to the Kremlin and has the support of Russian intelligence services and the military. The Russian government’s official position on the group is often seen as an attempt to maintain plausible deniability and avoid responsibility for the group’s actions.

The Wagner Group is believed to have played a significant role in the Syrian Civil War on the side of the government of President Bashar al-Assad. The group is believed to have provided fighters, equipment, and training to government forces, and its fighters have been involved in a number of high-profile battles, including the Battle of Deir ez-Zor and the Battle of Palmyra.

The group is believed to have played an important role in the early stages of the conflict, and it is reported that its fighters were involved in some of the most intense battles of the war. They were instrumental in securing several key oil and gas fields in Syria, thus helping the government to gain control over the country’s energy resources.

Its involvement has been reported to have enabled the Syrian government to carry out counterinsurgency operations and conduct other military operations more effectively, through the use of specialized tactics, skills, and military equipment.

Wagner group’s involvement in Syria also raised concerns about the violation of International Humanitarian Law, due to the alleged war crimes committed by the group. The use of PMCs also challenges the state’s monopoly on the use of force, and the accountability of actors involved in conflicts.

The Wagner Group is believed to have been involved in a number of conflicts in Africa, but the extent of their involvement and the exact nature of their activities is not well-documented.

In Sudan, the group is believed to have provided training and support to security forces loyal to former President Omar al-Bashir. The group has also been reported to have a presence in the Central African Republic (CAR), where it is believed to be involved in diamond and gold mining, as well as in Mozambique where it is alleged to be assisting in fighting Islamic extremism, and also reportedly involved in oil and gas exploration.

Reports suggest that the Wagner group has played a key role in providing military training and expertise to local security forces in these countries, as well as in providing intelligence, logistics, and other support. Additionally, the group is believed to have played a role in securing mining sites and other valuable resources in Africa.

The use of PMCs like the Wagner Group in African conflicts raises concerns about international legality, accountability, and the impact of their actions. It has been reported that the group may have been involved in human rights violations, war crimes, and other activities that violate international law. Furthermore, their activities can fuel local conflicts and instability and can undermine the peace and stability of the region

The Wagner Group is believed to be actively assisting Russian forces in the ongoing war in Ukraine. Reports indicate that the group has recruited prisoners as fighters, who have become the main force leading the offensive for Russia, leading to a brutal and deadly conflict. Ukrainian and American officials have accused the group of treating their fighters as expendable, with little regard for heavy casualties among their ranks.

In December 2022, John Kirby, spokesperson for the Pentagon, alleged that the Wagner Group has a presence of up to 50,000 fighters in Ukraine, including 10,000 contractors and 40,000 convicts. However, other sources put the number of prisoners recruited by the group at more than 20,000 and estimate the total number of PMCs (Private Military Contractors) in Ukraine to be around 20,000.

There are also reports of the group being involved in countries such as Venezuela, Nicaragua, and Belarus.

It is believed that Wagner Group’s founder Prigozhin uses a network of companies that he controls, including catering and security companies, to provide cover and funding for the group’s activities. These companies are believed to provide financial and logistical support to the group, including funding for training, equipment, and transportation.

It is also believed that the group has been involved in various business activities such as mining, oil and gas exploration, security and logistics to generate additional funds. These activities might be connected with Russian state-owned companies and banks, which provide the group with logistical support.

It’s important to note that the information about the group’s financing is largely based on speculations and reports from experts, media, and government officials, and it is difficult to independently confirm the funding sources of the Wagner Group.

The Wagner Group’s structure is not well-documented, but it is believed to be a hierarchical organization, with a central command structure and various sub-units.

Underneath the command unit, there are believed to be several sub-units, each with its own specific area of responsibility. These sub-units are likely to include:

The legal status of the Wagner Group, also known as PMC Wagner, is complex and operates in a legal grey area.

In Russia, there is no specific legal framework regulating the activities of private military and security companies (PMSCs) like the Wagner Group, and they are not officially recognized by the government. While the Russian government denies any official links to the group, many experts believe that it operates with the support of the Kremlin.

PMCs like Wagner operate in a legal vacuum, and their activities are not clearly defined by the law and not fully regulated by the government, which creates challenges in terms of accountability and responsibility for their actions. This can make it difficult to prosecute individuals or organizations associated with the group for any potential violations of international law.

While the Wagner Group operates in a legal grey area, it is clear that their activities raise serious legal and ethical concerns, and the lack of clear legal framework and government oversight makes it difficult to hold them accountable for their actions.

Governments should bring PMCs like the Wagner Group under the law by creating and enforcing regulatory frameworks that provide oversight and accountability for their activities. Here are a few specific steps that governments could take: