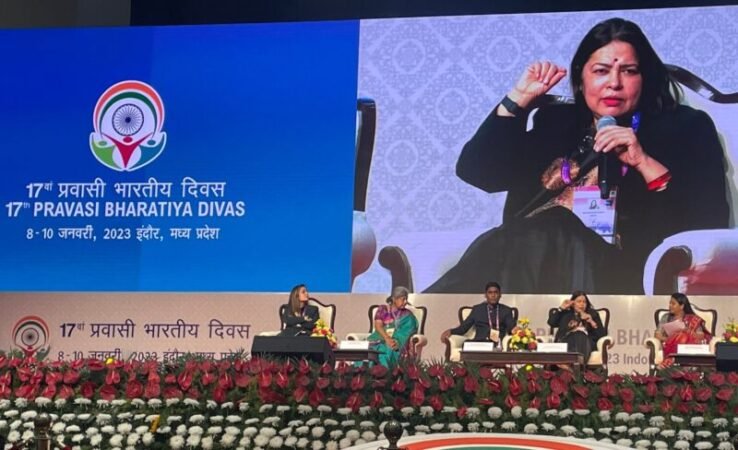 Minister of State for External Affairs and Culture of India, Meenakashi Lekhi, will be visiting Cuba, Guatemala, El Salvador, and Bolivia between January 13th to 20th, 2023. She will be meeting with government officials, participating in Yoga events and Indian Film Festivals, and addressing the Indian diaspora during the visit. It will be her first visit to these countries.

During her visit to Cuba, she will meet with the Speaker of the National Assembly, and the Ministers of Foreign Affairs and Culture. She will also be meeting with the President of Cuba.

In Guatemala, Lekhi will meet with the President and Vice President, and hold talks with the Ministers of Foreign Affairs, Economy, Public Health & Social Assistance, and Energy & Mines. She will also be interacting with the business community in Antigua City.

In San Salvador, Lekhi will meet with the President of El Salvador and hold discussions with the Ministers of Foreign Affairs, Culture, and Economy.

Lekhi’s visit to Bolivia will be the first from India since President Luis Arce Catacora took office. She will meet with the President and hold talks with the Ministers of Foreign Affairs and Hydrocarbons & Energies.

Throughout her trip, Lekhi will also be addressing the Indian diaspora, participating in Yoga events and Indian Film Festivals in all of the countries she visits.

India’s interests in Latin America have traditionally been focused on trade and economic cooperation, with a particular emphasis on the energy sector. However, in recent years, there has been a growing recognition of the need for India to proactively explore and expand its interests in the region in order to build stronger political and strategic ties.

India’s trade and investment in Latin America has been growing in recent years. According to the Commerce Ministry of India, India’s exports to Latin America reached a record high of 18.89 billion dollars in the fiscal year 2021-2022 (April-March). This marks an impressive 48% increase from the 12.74 billion dollars in the previous fiscal year 2020-2021. The main exports from India to the region are mainly in the area of chemicals, engineering goods, textiles and handicrafts, pharmaceuticals, and agricultural products.

India’s imports from Latin America have also been steadily increasing. The region’s main exports to India are mainly in the areas of mineral fuels, precious stones, inorganic chemicals, and food products.

India has been actively looking to increase trade and investment in Latin America in recent years and has established several mechanisms to promote economic cooperation with the region. This includes the India-LAC Business Forum and the India-LAC Conclave which provides a platform for businesses to explore opportunities for trade and investment. India also participates in several regional trade agreements and organizations in the region, such as the Union of South American Nations (UNASUR), the Community of Latin American and Caribbean States (CELAC) and the Latin American Integration Association (ALADI).

In addition, India has been expanding its presence in the region through investments in infrastructure and industry. For example, India’s ONGC Videsh has invested in several oil and gas projects in Latin America, and Tata Consultancy Services has a significant presence in the region providing IT and technology services.

In recent years, India has been focusing on diversifying its economic partnerships worldwide, and Latin America is one of the regions where India sees enormous potential in terms of trade, investment, and strategic partnership.

Another area where India can increase its engagement in Latin America is through diplomatic and cultural exchanges. India has a rich and diverse culture that can be shared with Latin American countries in order to build mutual understanding and respect. Additionally, by increasing high-level visits and diplomatic interactions, India can strengthen political ties and build strategic partnerships in the region.

Furthermore, India’s IT and technology sector can have a larger footprint in Latin America, providing services and solutions to countries in the region, especially in areas like e-governance and digitalization. This will also help in improving the standard of living in these countries.

In order to build a stronger and more comprehensive relationship with Latin America, India must take a proactive approach to exploring and expanding its interests in the region. This includes increasing diplomatic and cultural exchanges, investing in infrastructure and industry, and engaging with regional organizations. By doing so, India can build stronger political and strategic ties and create new opportunities for trade and economic cooperation in the region.

India’s interests in Latin America are multi-faceted and there is a lot of potential for India to expand its engagement with the region. India should focus on increasing diplomatic and cultural exchanges, investing in infrastructure and industry, and engaging with regional organizations. By doing so, India can build stronger political and strategic ties and create new opportunities for trade and economic cooperation in the region.