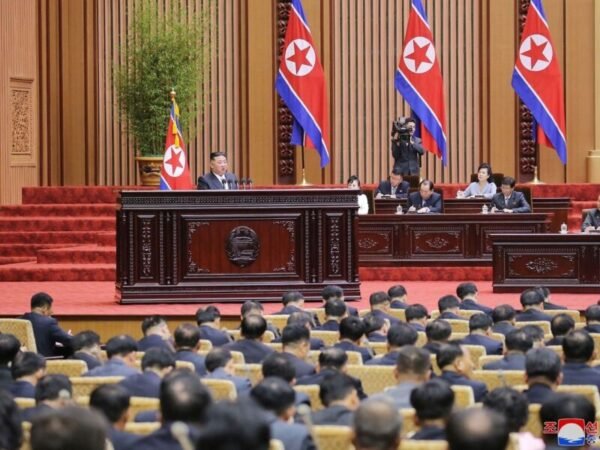 Democratic People’s Republic of Korea (DPRK), or North Korea as it is colloquially called, has passed a domestic law signifying its intent to use nuclear weapons for a pre-emptive strike on September 9th, 2022. Although this might be a local law in North Korea, it might have ramifications internationally. Not only does this affect international relations in the modern age, but it profoundly affects a new level of understanding of international law as well. This article will explain why this is a huge problem and why even the Secretary General of the United Nations is worried about this issue.

To understand this issue deeply, we must understand the basic international jurisprudence and politics around nuclear weapons and their use. Ever since their first use in the second world war, citizens from across the world have been apprehensive of these weapons. However, this did not stop countries with the resources to build such weapons from going further with their plans to build more weapons. Through time these weapons got deadlier too. The technology surrounding them got more complex too. The delivery systems multiplied while the way to deploy expanded from just air to naval and even through ballistic missile launchers on the ground. All this happened simultaneously during the cold war, which prompted another race between the United States of America and the Soviet Union. While these countries continuously stockpiled the missiles to counter the others, they inevitably encouraged their allies to develop them. Countries like France, the United Kingdom, and even China started their nuclear weapons programs subsequently.

During the height of the cold war, the Cuban missile crisis happened, which led to the increased demand for destruction and elimination of nuclear weapons in the world. This brought forth the Non-Proliferation Treaty (NPT) and, along with it, a slew of other treaties, such as the Control and Test Ban Treaty (CTBT) and the Strategic Arms Reduction Treaty (START). NPT expressly allowed for the keep of the nuclear weapons which already exist and tried to get assurances from other countries by making them declare under international law that they would not develop nuclear weapons. Most of the nations in the world accepted this. The central claim justifying the holding of nuclear weapons by the few nations post the signing of the NPT was for deterrence of a future nuclear war. These countries claim that if a country has nuclear weapons, it deters another country with nuclear weapons from attacking, and if an attack does happen, then it would destroy both of the nations. This theory is called the Mutual Assured Destruction (MAD) theory. They assure each other to never pre-emptively strike on another country and to only use these weapons as a statement of last resort in case of nuclear war, or as it is simply called ‘The No First Strike Policy. Various other elements, such as delivery systems and ballistic missiles, complicate this discussion. However, for the purpose of this article, these are the basic concepts of nuclear weapon politics. These have so far put all the countries with nuclear weapons at a stalemate and taught that it was in the interest of the entire world to leave it at that without any developments. This created a sort of moratorium over these countries to accept the no-first strike policy for the benefit of the world.

However, a few nations, despite these assurances, did not accept this and claimed NPT as a piece of domination by the countries which already have nuclear weapons. Interestingly, DPRK under Kim Ill Sung accepted this treaty. However, despite the nature of the treaty, DPRK withdrew and started developing its nuclear program, which was further fueled with a lot of enthusiasm and fanfare by its new leader, Kim Jong Un. During this period of time, their relationship with the United States of America grew strenuous. Donald Trump, during his presidency, made various statements that were directly against DPRK and their president Kim Jong Un, for example, “if he has a button, I have a bigger button”. The latest law comes as an untoward development after the USA and North Korea tried to make amends to their relationship by organizing meetings.

This law by North Korea comes as a direct threat to nuclear weapon politics, as it directly mentions that it is ready to use nuclear weapons in a pre-emptive strike. The countries with nuclear weapons have not used them so far during any war because of the nuclear stalemate that was previously mentioned. North Korea removes this stalemate by placing the possibility of nuclear weapons strikes pre-emptively. So far, such a possibility has always existed but was never ever formally declared in the form of domestic law. No country ever made such a declaration because reputation matters on an international stage, and such statements bring forth a bad reputation. Through many of his previous actions, Kim Jong Un expressly showed that he and the country of North Korea do not care about their reputation on the international landscape.

North Korea can change how the international politics around nuclear weapons play out for decades to come. While their present actions are only a tiny step in the direction, their movement has not shown any sign of slowing down or turning back. These actions might encourage other countries to cut off their ties to the NPT, make nuclear weapons, and adopt policies that tip the sensitive balance of power on the nuclear front. Consensus building and negotiations might slow it down, but this does not leave out the possibility of such an extreme scenario.

Kartheek Vegesana is a third-year law student from NALSAR, Hyderabad