Is China-Taiwan moving to hybrid warfare? 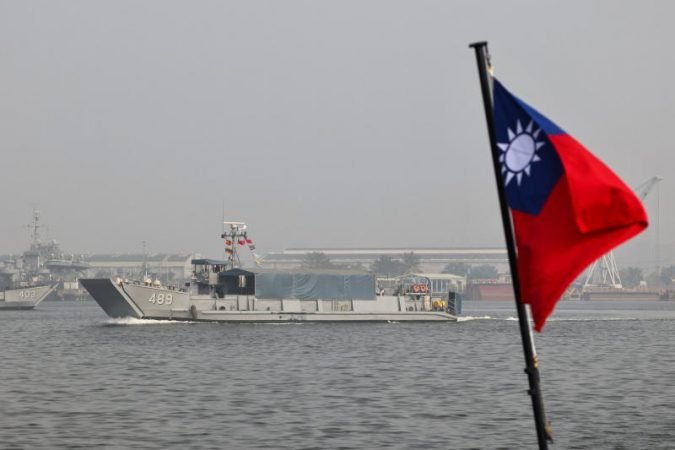 Sometimes there are no avoiding war, it can only be postponed to the advantage of others.

After subduing the popular unrest in Hong Kong, China is turning to the next target—self-governing Taiwan. The two have been bracing for conflict for decades but the battle for the islands has recently entered into a dangerous new phase. The ‘one country two systems’ principle has come to a closure and Beijing is running out of diplomatic options to reserve Taiwan’s drift towards independence. Top US military officials believe that China could invade Taiwan within the next six years. Since America is distracted by domestic issues, Beijing has been stocking up on weapons expanding its navy and drilling for amphibious operations.

Independent Taiwan is a political stain on the legitimacy of the Chinese communist party. Although the ruling government in Beijing has never exercised authority over the island, Chinese policymakers consider it part of the People’s Republic of China. They have vowed to take it back by force if necessary. This uncompromising approach wasn’t always welcomed, so in the early 1980s, Beijing designed the one country two systems principle to regain control over Hong Kong and Macau. Simultaneously, the principle set a road map for Taiwan’s reunification with China somewhere down the line. However, in the decades following Hong Kong and Macau’s merger into China, Taiwan had drifted further away. Beijing used economic isolation and political interference to coerce reunification, while Washington provided sophisticated weaponry to the Taiwanese military. Tensions fluctuated over the years and Beijing’s carrot and stick policy kept on backfiring.

Eventually in 2016 China cut ties with Taiwan after the election of pro-independence forces. Washington then sold even more arms to Taiwan while Beijing increased military activities near the Taiwan Strait. The biggest game-changer however was the Hong Kong protests in 2019. The way Beijing handled the demonstrations and its steady encroachment on Hong Kong’s Legislature completely vaporized the last chance for peaceful reunification. China and Taiwan are now on irreparable ends and Beijing is switching from soft power to hard power. Its air force flies near the Taiwanese airspace daily and its incursions have breached previously respected boundaries. China’s navy has procured high-tech weaponry for offensive purposes and open drills for a Taiwan takeover.

In Beijing, policymakers believe that America, long viewed as the custodian of Taiwan might be too preoccupied at home to bear the costs of intervening on Taiwan’s behalf. So, there’s talk of acting against Taiwan rather than later. Yet of all the anxieties on China’s ambitions for Taiwan, none carry more weight than the assessment of Admiral Philip Davidson (the chief of the US Indo-Pacific command) during a senate committee in February 2021. Davidson argued, “China’s consistent development and procurement of ships, warplanes and rockets served to displace the united states as the dominant power in Asia-Pacific by 2050”. Taiwan is one of China’s ambitions and Davidson believes a conflict is possible in the next six years. Bringing Taiwan under China’s wing would grant Beijing a commanding position in Asia. It would be entrenching the Chinese military in the middle of the first island chain, which is a string of islands, stretching from the Japanese archipelago to the Philippines to Indonesia.

Control over Taiwan would also allow China to dictate terms in the nearby shipping lanes, giving it tremendous leverage over rival powers such as Japan and South Korea who are entirely dependent on the sea lines for communication. Having consolidated power in its enclosed seas China would have free access to the Pacific and Indian oceans. Needless to say, the stakes are high for regional and global powers alike, but be that as it may, China faces an undeniable conundrum. Its military may not be up to the task at least not without taking massive losses. China has a vast military that is increasingly becoming more sophisticated but it also has a lot of territories to cover with powerful adversaries on all fronts. Taiwan also has a sophisticated military and though, its size is much smaller, they only need to operate in a small battlespace. Facing one opponent here will be coupled with the fact that America and Japan would be de facto back Taiwan levels the playing field.

China’s annual military budget is estimated at 250 billion dollars compared to the only 14 billion dollars for Taiwan. The Chinese military also has 12 times the manpower of the Taiwanese and last year Beijing commissioned 25 advanced new ships to its fleet including cruisers, destroyers and ballistic missile submarines. Taiwan also expanding its navy particularly its submarine fleet. By 2026 the Taiwan fleet will quadruple to eight diesel-powered submarines though the additional submarines would make China’s amphibious landing all the more difficult. The rate at which China expands its military capacity is incompletable. With each year, the military imbalance grows in favour of Beijing has said that even with China’s growing capacities invading and occupying Taiwan would be an extraordinarily difficult act, not to mention a risky proposition. To invade Taiwan Chinese forces would need to make an eight-hour journey into the teeth of Taiwanese firepower coming from well-entrenched onshore positions. The bulk of the Chinese troops would perish under fire and those who do manage to reach the Taiwanese coastline would come under a barrage of artillery fire. Only a tenth of Taiwan’s coastline is suitable for an amphibious landing. So, the odds of a surprise attack are slim and the Taiwanese would likely mobilize their forces at the anticipated landing zones. Taiwan has roughly 1,30,000 troops plus another 1.5 million in reserve plus thousands of armoured fighting vehicles and artillery pieces.

Thus, to overrun the island, China would need overwhelming firepower which it currently does not possess. Going up against such a tremendous force would be one of the largest and most complex amphibious operations in history and that is saying something of all the type of military operations amphibious warfare is one of the most complicated because it entails precise coordination between air, land and sea forces at a massive scale. Not every military is capable of such tactics. China has no experience in amphibious warfare. The last major war China fought in was the border conflict with Vietnam and even then, it performed poorly. Still, China’s amphibious disadvantage is only a strategic vulnerability if America gets involved, but for argument’s sake if somehow a Chinese amphibious assault succeeds, The Chinese army would then have to occupy an island with a hostile population of 23 million, that is not going to be easy and insurgency would be unavoidable. So, a lot of things would have to go right if China’s invasion is to succeed and that is not likely the first casualty of any battle is the plan of attack an all-out Chinese invasion at this point could theoretically succeed, but it could fail miserably.

A military disaster would have catastrophic political consequences above all it would brand the Chinese military as a paper tiger and encourage foreign incursions elsewhere. For China, these considerations are too risky so a full-scale invasion is not likely in the near future. What is possible however is that China begins a hybrid war which is a type of conflict that stops short of the actual shooting and seeks to subdue the foe through fear and exhaustion. It’s the type of conflict employed by Iran, Russia, Turkey, Israel, etc. If performed correctly a hybrid war can be decisive. That’s why Chinese warplanes are flying around Taiwan almost daily, sometimes launching multiple sorties on the same day. The pace of the Chinese incursions is unrelenting.

Last year Taiwan had scrambled its air force nearly 3000 times against Chinese warplanes costing Taiwan a whopping 900 million dollars in fuel costs, pilot fatigue and wear and tear. So, without firing a single shot China is depleting Taiwan’s resources. The Chinese military has more than 2000 fighter, bombers and other warplanes compared with Taiwan’s 400 fighters so Beijing can afford to keep the pressure and by increasing the tempo of these operations, The Chinese air force can inflict disproportionate stress on Taiwan. It’s a deadly effective strategy.

The purpose of Hybrid Warfare is to make the target feel as if it’s isolated as if its allies are not coming to the rescue and that the military threat is not a bluff for this to work the assault needs to be low risk as not to provoke a backlash from the United States that would require China to find the right tune in posturing and yet give itself enough room to back down. China could for instance impose a naval blockade to suffocate Taiwan. It could intercept Taiwanese cargo ships claiming that they’re carrying illicit goods or weapons. No one would believe China and much of the international community would condemn Beijing’s policy but none of that would matter because no one would physically come to Taiwan’s defence. Such a naval blockade wouldn’t result in an armed conflict and would likely force Taiwan into concessions allowing Beijing to claim victory and back down.

Another example would be for china to shock Taiwan into political concession by seizing the Taiwan controlled Kinmen and Matsu islands, just off the Taiwanese coast. The number of Chinese vessels entering Taiwan controlled waters has surged. In recent years for comparison, while only two Chinese vessels entered Taiwanese waters in 2017, that number jumped to 600 in 2019 and nearly 4000 in 2020. A particular satellite image from October 2020 shows more than 200 ships off the coast of one of the Matsu Islands. The threat here is very real. these islands are lightly defended and have some strategic value. Control over these islands would expand China’s buffer, while also extending the range of Chinese bombers and anti-ship missiles. America would be unlikely to go to war over a remote island, Well within China’s anti-ship missile Umbrella. This would leave Taiwan feeling isolated once more, but the trouble with hybrid warfare is that it means abandoning soft power. Physical action against Taiwan would stir up a zealous independence movement which would make the occupation all the more difficult.

So, while China would manufacture a crisis to reverse Taiwan’s drift towards independence. The prospects of an all-out invasion are overblown At least in the coming decade. Even then China would only invade Taiwan if it is confident in its victory or desperate for domestic approval. This reassurance however doesn’t mean that Taiwan can let its guard down quite the contrary defence is the first duty of a state and it is an unfortunate fact that peace can only be secured by preparing for war.