The Iraq Gridlock: The First Victim of a Middle East Vacuum? 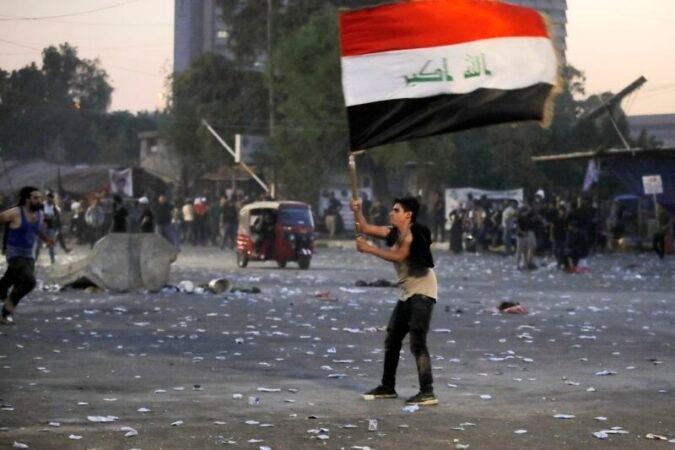 The year 2022 saw a demand for U.S. attention in NATO and Europe as a whole with the Russian aggression and the trauma of strategic insecurity for many European countries. In Asia, U.S efforts in forming QUAD signalled a new strategy in the Indo- Pacific to counter China. The formation of I2U2 with India, Israel, UAE and the U.S. signalled a diplomatic chain to exert influence in the Middle East.

However, the most significant American move in the Middle East has been the American diplomatic efforts to strengthen Israel’s ties with the close U.S. allies in the region like the Saudis. Through these moves and their final exit from Afghanistan, the U.S. has given the world all the needed hints to signal its departure from the Middle East, leaving a power vacuum.

Various Biden administration members have discussed this power vacuum, including Biden himself openly denying it. However, for the first time since the American troops left Afghanistan, this power vacuum is affecting a nation’s domestic politics.

Protests escalated into riots, followed by political resignations that soon sparked open violence between local militias of opposing groups. In brief, this can be regarded as the timeline of the ongoing tensions in Iraq.

Being traced back to the political gridlock after the 2021 federal elections, this chaos and confusion accompanied by rumours of civil war have rocked Baghdad for almost a week.

The Federal elections of 2021 saw no party gaining a clear majority, with Muqtada Al- Sadr’s Sadrist Movement gaining the maximum number of seats in the mix, and there was a need to enter an alliance to form a government. Shia parties, including the Sadrist Movement, have been the primary contenders to form a government and have been negotiating to find suitable allies and elect a Prime Minister. On the other hand, Kurdish parties have been negotiating for the election of the President.

However, there is one area of disagreement among the Shia parties, who have the highest majority and an excellent chance to form the government. This vital area of contention is regarding the role of Iran in Iraq. Iraqi nationalists and their opposition to the role of Iran are seen to have been the root cause of the gridlock and the sudden escalation of tensions leading to violence in the capital.

The Islamic Dawa Party, led by former Prime Minister Nouri al-Maliki, has been pro-Iran to gain support and cooperation in various spheres of economy, military and trade, among others in Iraq. However, the Sadrist Movement and al- Sadr opposed this and tendered their resignation, leading to widespread violence in and around the ‘Green Zone of Baghdad. Coming from a solid Iraqi nationalist background, the nationalists believe that Iran should be kept from having any influence in Iraq and should not be given a position to directly or indirectly intervene in Iraq’s internal matters.

This has led to over 290 days of gridlock, the longest political gridlock in the democratic history of Iraq, leading to a halt in all major government programs in the country. Now, looking at this problem away from its reasoning and through the lens of common Iraqi people, we notice how this almost a year-long deadlock has dragged the governance in Iraq to a halt. Infrastructure remains unattended, the day-to-day governance is being disrupted, the economy is in a downward spiral, and overall trust in the government and the establishment dwindles among the people, leading to crime and violence.

It is important to remember that this is not the first instance of a long-lasting gridlock in Iraq. Iraq saw a similar situation back in 2010, after the withdrawal of American troops when the government remained in gridlock for eight long months. However, the USA had been one of the indirect influences in the negotiations and backed certain players leading to a break in the gridlock and the eventual resolution of the issue between all parties after 289 days.

Today, with the USA gone, a long-discussed power vacuum is back in Iraq, which Iran is trying to take advantage of. This role of Iran in the internal politics of Iraq is not new and had existed even during the 2010 gridlock, but back then, there was a counter-balance in the region, which was the USA that cared about its influence in the Middle East, unlike the new Biden- Trump America of today.