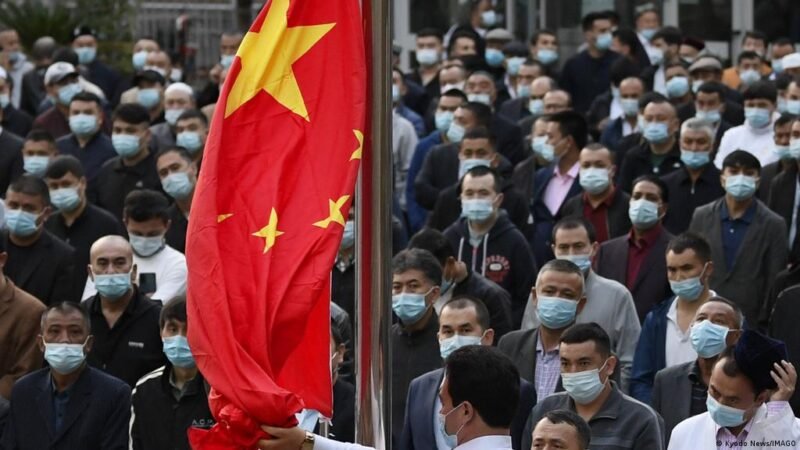 China has emerged as the global power influencing and controlling aspects of the global economic chain. Various global leaders and experts have said that China will evolve as the next superpower to hold hegemony in the international sphere. China’s success in economic and military terms comes after a long historic struggle where it has taken drastic reforms to change the country’s traditional discourse and lift the country from poverty to an economic superpower.

Apart from its growth and development projects, the People’s Republic of China has incited war against religions and made the existence of religion in the country to go vanish as it can threaten the authority of the communist state. People of different ideological beliefs are suffering under cruel state authority as they cannot profess their faith and have to stay under the scrutiny of the Chinese Communist Party (CCP). Historically Chinese society was a traditionalist in nature, comprising multiple religions and philosophical beliefs; Taoism, Buddhism, Confucianism, Islam, and Christianity were the prominent ones. However, they did not consist of a large number of people practising the religions, the continuous attacks on religious institutions and the state’s policy of promoting atheism.

The invasion of government on religion became a prominent component of the state’s approach after the incarnation of China as a political state of the Communist regime, where professing religion was equal to becoming an apostate of the government. Mao Zedong, the founder of the PRC, was the leader to incite this policy for the people of the country. Although, the state’s wrath on religions was suffered mainly by one community, the Uyghur Muslims. Since the cultural revolution, which began in 1966, during the reign of Mao Zedong, it has aimed to diminish the existence of capitalism and traditionalism and establish an entire Communist regime which will follow the principles of Mao only.

The Muslims of the Uyghur community are based in the Xinjiang province of Northern China, and they share vivid colours of history with their legacy in Central Asia, Turkey and Northern China. Uyghurs historically belonged to Turkey, and they first emerged in history in the 3rd century C.E, but after the 8th century, they moved around the Central Asian region and established their settlements and kingdoms near the banks of the Orkhon rivers.

As the growing spread of Islam covered life aspects of this nomad community as prior to Islam, they followed Buddhism, Shamanism and Manichaeism. And only after the 10th century C.E the Uyghur masses started adopting Islam’s Sunni sect and accepted it as their belief.

Uyghurs were the Turkic-speaking people who had made Kashgar their capital. They had an excellent knowledge of literature, culture, music and dances and played a crucial role in establishing relations with the East to the West. In that time frame, they have produced renowned scholars whose work is still acknowledged across the globe. Until the 17th and 18th centuries, the kingdom of Turkestan of Uyghurs remained prosperous and liberated from any external force, but during the 17th century, the Qing dynasty’s Manchu empire launched an attack, and after eight years of war, they took control of the region and named it Xinjiang.

The Xinhai Revolution of 1911 dethroned the Qing dynasty from China and established the rule of nationalists all over China.

The takeover of the people’s government provoked the demand for independence in Uyghur as they had a distanced culture and heritage from the rest of China and did not want to become part of the Han Chinese nation. The following year witnessed a lot of uprisings and revolts for the independence of the Xinjiang region. Thereafter, in 1944 the East Turkestan republic declared its independence, but, due to various reasons, in 1949, the republic surrendered to the PRC’s communist forces. From that, the Xinjiang region became the autonomous region of the PRC in 1955 and has remained under the persistent surveillance of the communist government.

The Xinjiang province has been an area of strategic significance; it has borders with eight countries and remained the place for China to connect with the West. And to have complete control of the region, the CCP government has launched drastic measures in recent decades.

The continuous burgeoning conflict between the Han and Uyghurs has become the reason for the root cause of the separatism in Uyghurs. In the 1950s, Uyghurs held a population share of 76% in the Xinjiang region, but in current circumstances, it has reduced to 42% as the Han community has been continuously moving to the region: the current population of (Uyghur Muslims are 12 million). The clashes between both communities have become common in recent times as in 2009, one of the most violent clashes occurred, which claimed the lives of more than 200 people.

The Xi Jinping government, which came to power in 2013, has been more prone to attack Uyghur Muslims’ life and liberty than the previous government regimes. From 2017 the news of the genocide of Uyghur Muslims became a prominent topic in the global sphere. As various reports have moved the attention of the global community on the condition of Uyghur.

Many stories have emerged frequently that tell the horrifying account of abuses suffered by the minority community. Chinese governments have built numerous internment camps in the Xinjiang region for training and systematic brainwashing of Uyghur Muslims. They are forced to abandon their religion, culture and traditional practices. The women of the Uyghur community have appeared as the most vulnerable section as they consistently face sexual abuse from the security forces. However, the Chinese government denies all these allegations as it can severely damage its global reputation, which will ultimately have to be borne by the Chinese industries.

Nevertheless, the condition of other religions in China is also facing a crackdown by the Chinese government. The Buddhist community of Tibet has been on the radar of the CCP since China annexed Tibet in 1949, their demand for freedom has been brutally crushed, but occasionally protests were demonstrated across the globe for ‘Free Tibet’. As is similar for Christianity, where the government is now keen to shut down the churches and rewrite their holy scriptures, many Christian scholars and pastors have put them behind bars for propagating religious teaching.

The atrocities on religious communities, particularly on the Uyghur of China, is a way for the Chinese government to destroy its heterogeneous character and transform it into a homogenous society. The state utilised the most advanced methods to pick out the Uyghurs from the rest of the citizens: AI-based facial recognition techniques are being used to separate them and keep surveillance.

The continuous attacks on the Uyghurs have given birth to the separatist movement, which claims their freedom; it is known as East Turkestan Islamic Movement (ETIM). The movement started during the mid-20th century but gained popularity after conducting various violent attacks. It has been declared a terrorist group by various organisations and countries, including the USA. The constant violations of the human rights of the Uyghur population have become a matter of global outrage, where many Western countries are demanding an independent probe to investigate the current condition of Uyghurs. However, on the other hand, most Islamic countries and the Organisation of Islamic Countries (OIC) have maintained silence on the issue.

China has good bilateral trade relations with many Islamic countries; hence they often avoid taking a stance on the issue in international forums as it can sabotage the bilateral relations.

But, as the pressure comes from the USA, there is a slight change in the stance of some countries, such as Turkey.

In recent years, there have been multiple reports published by the UN which depict the evidence of atrocities by the Chinese state against Uyghurs. The 2019’s Office of the United Nations High Commissioner for Human Rights report says that the destruction of mosques, forced sterilisation, abortion, rape, forced training, and bonded labour are faced by the Uyghurs in the camps, which the Chinese government called training camps for underprivileged Uyghurs. The report’s data is based on the accounts of the survivors and as well Chinese government’s official data. It shows vast concerns for the Uyghur community, who have been denied their basic human rights. The International Criminal Court (ICC) has also urged for the investigation and asked for the protection of Uyghurs who are currently in exile. Nonetheless, China has denied any such probe as it is not a member of the ICC.

The international community, mainly the West and US, is targeting China on the matter as they consider China as their biggest threat which can overpower their hegemony. This geopolitical rivalry has taken the form of sanctions and restrictions ordered by the US government. And therefore, to put pressure on the Chinese government, the US government has passed some acts to restrict the imports of Chinese goods which arrive from the Xinjiang region under the newly passed Uyghur Forced Labor Prevention Act 2021 (UFLPA) by the Biden regime and the Uyghur Human Rights Policy Act of 2020 (UHRPA) signed by the former President Trump.

China’s war on religion has gone up to the extent of crushing down every dissent so no alternate voice could emerge apart from the state. The overall situation is not an outcome of any religious tension between the communities but of how the state uses extreme force to repress its own people. In the matter, it is a fallout of the global phenomenon of Islamophobia, which is encouraging the states to take discriminatory actions against Muslims. The increase in attacks in the name of Islam by terrorist organisations around the world has become a distressing event in the global community, and to counter that, governments are taking drastic moves which are jeopardising the citizen of the country.

The Chinese government is also targeting the Muslims who have escaped from China; many Muslims who fled to Turkey, Pakistan and Saudi Arabia are being detained with help from the regional government.

At the current moment, the world is divided into a bipolar unit, where the countries are aligning with China or the USA. The Muslim world has also not criticised or taken a stance on Uyghurs. If the global community wants to take out the people of Xinjiang from the wrath of China, it must act as a single unit and push the Chinese government to stop the violations against Uyghurs and prevent this humanitarian disaster.