The Great Game in Central Asia and its relevance for India 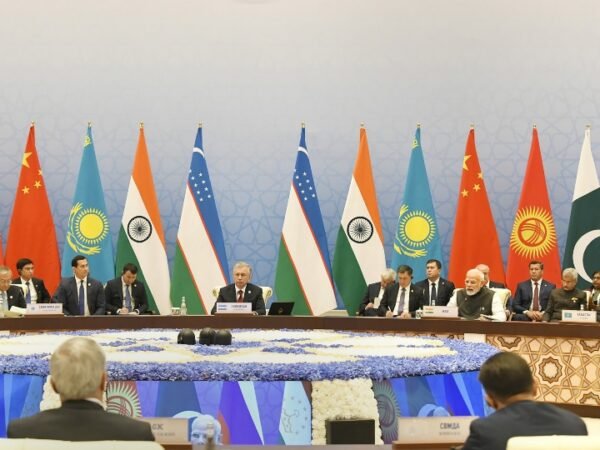 The central Asian countries were born after the collapse of the USSR in 1991. After analyzing the history of Central Asia one would be amused that this region has always played an important role in the world. Its significance has been highlighted by the mighty empires of Genghis Khan, Timur Beg and Alexander of Macedonia. In the Christian era, Central Asia oversaw a magnificent ancient silk route. This silk route connected the Far East with the European silk route and was dominated by the Chinese. The dominance in the region began to decline by the 6th and 7th centuries when Islam made inroads into Central Asia from the Arab world.

The historical rivalry between British India and Tsarist Russia escalated in the 19th and early 20th centuries. The Tsars started to expand their control over central Asian countries leading the British to feel insecure about Russia’s ambition. The Britishers established a puppet ruler in Afghanistan to provide a buffer between these two powers. This led to a phenomenon known by historians as The Great Game. The Britishers used Afghanistan as a buffer state against the advancing Tsarist regime. The Tsarist empire annexed the cities of Bukhara, Tashkent and Samarkand in the second half of the 19th century. They were unable to cross Afghanistan which avoided confrontation between the two powers.

Central Asia’s geo-political and geo-economic importance has increased immensely over the past few years. Any country which aspires to be a regional power or superpower always has a sphere of influence to extract resources from the region. Central Asia is rich in oil and natural gas which attracts major powers in the international system which could satisfy their fuel and energy-hungry domestic markets. As the world is concerned about global warming and has started to take appropriate steps to mitigate it, natural gas becomes a vital source of clean-burning fossil fuel which can replace conventional fossil fuel. In this context, it will not be surprising to see Central Asia as a new theatre of the world.

The new great game revolves around many issues including energy, trade, connectivity, infrastructure, ideology, ethnicity and even terrorism. Once it was called the backyard of the USSR, but after its collapse, five independent republics were formed- Kazakhstan, Kyrgyzstan, Tajikistan, Turkmenistan and Uzbekistan. The new great game got more entrenched post 9/11 with direct and rigorous involvement of the United States in the region. On the other hand, an aspiring China has also broadened its engagement with Central Asia in the past few years. The ambitious Belt and Road Initiative of China to redevelop the ancient silk route running between China and Europe will pass via Central Asian countries, known as “The China-Central Asia-West Asia Economic Corridor”. Because the Central Asian countries do not have direct access to the ocean and major maritime shipping routes, which greatly impedes trade flow, China’s plan to lay railways and pave roads as part of BRI could go a long way towards improving their connectivity and China may gain an upper hand in the region.

A twist in the Game-Taliban

The United States signed a historic deal with the Taliban known as Doha Agreement that paved the way for ending the 18-year-old war in Afghanistan. The Taliban returned to power in Afghanistan in 2021. Since then it has been engaging with most countries to acquire international as well as regional recognition. Not a single country has given its recognition to the Taliban but many countries like Russia, China, Turkey and India have initiated their diplomatic presence in Afghanistan. The central Asian countries have always been stable and against radicalization, so the Taliban coming into power has changed the geo-political scenario in the region. The five central Asian countries are concerned about any spillover of destabilizing influence from Afghanistan.

With the rise of the Taliban, another player’s geo-political importance has increased in the game i.e.- Pakistan. Taliban 2.0 came to power with the assistance of Pakistan, which it can utilize to augment its connectivity with Central Asia.

India and Central Asia share a rich history of around two thousand years. Right from the Kushan Empire in ancient India to Mughal Empire in medieval India, the connectivity and cultural exchange between the two countries has been very high historically. After the disintegration of the USSR, followed by the emergence of five independent nation-states, India established diplomatic relations with each of these countries. With the active engagement of other countries in the region, India has increased its pro-active role in the region’s geopolitics. India came up with the Connect Central Asia Policy formulated in 2012 at the first India-Central Asia Dialogue at Bishkek, Kyrgyzstan. This policy focused on political, economic and defence relations along with building ties in the energy sector. In 2017, with the help of Russia, India became a member of the Shanghai Cooperation Organization which is a step forward toward engaging more deeply and holistically in the region. As China already has a presence in the region, India is focusing more on engaging with the region through economic, cultural and trade diplomacy.

Central Asia pre-dominantly is a landlocked region. Pakistan has always acted as a hindrance for India to realize its objective in the region. However, the Chabahar port built in Iran has become extremely crucial as it provides India with a gateway to Central Asia via Afghanistan bypassing Pakistan. In order to balance Pakistan and gain leverage, India can exploit the faultlines created between Afghanistan and Pakistan on the border issue (Durand line). As the Taliban have acquired power the border issue has flared up between both countries because the Taliban doesn’t recognize the Durand line. India would not want Pakistan to use Central Asia as a territory to maintain strategic depth against India. India can utilize the Taliban to keep a check on Pakistan. The Taliban follows the Deobandi School of Islam which originated in India at Deoband (A town in Uttar Pradesh) in the second half of the 19th century. If India manages to use this historical link to improve ties with the Taliban, it can certainly create leverage for India.

The relations between India and Central Asia have improved significantly which was visible during the visit of Prime Minister Narendra Modi in 2015. This was the first time an Indian PM visited all Central Asian countries. India invited the heads of five central Asian countries as chief guests for the republic day celebrations this year; however, this strategic move did not succeed thanks to the Covid-19 Pandemic. Given all its challenges, it’s extremely vital for India to strengthen its ties with Central Asia to emerge as a regional power, reclaim its shared history with the region and gain strategic depth against Pakistan.