Advent of the Hypersonic Missiles: Extremely dangerous for strategic stability? 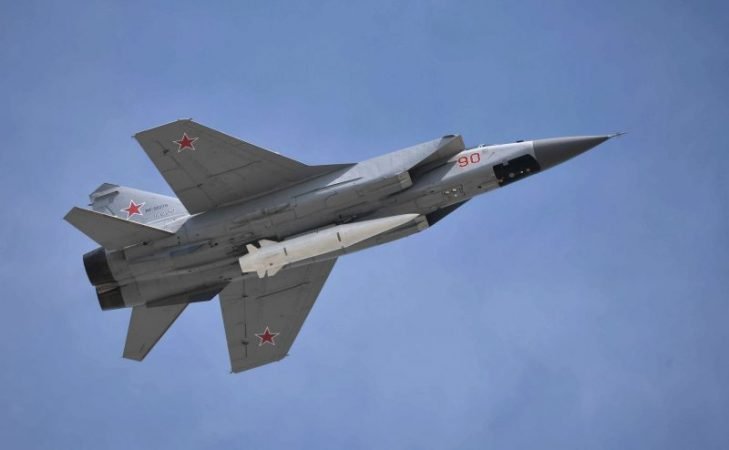 We live in the Anthropocene and the missile age wherein countries with technological edge are vying with each other to have projectiles that are sleek, fatal and faster to hit targets as far as possible. This quest for missiles has witnessed an arms race of a different nature since it provides superiority to strike from the air at great distances literally within seconds. The technological prowess has enabled us to send these missiles faster than even the speed of sound.

Russia’s hypersonic missile Avangard has arrived amidst the simmering arms race. It has been designed by the Moscow Institute of Thermal Technology. It had been inducted into the service on 27 December 2019. It is a unique missile that flies at 27 times the speed of sound. According to Russia, it is the world leader in hypersonic weapons. So how will it impact the global arms race?

Russia says Avangard is a technological breakthrough on the scale of Sputnik, the first satellite launched by the Soviet Union in 1957. According to Russian President Putin, the Avangard can easily bypass missile defence systems on its way to a target through sharp manoeuvres and claimed that: “Not a single country possesses hypersonic weapons, let alone continental-range hypersonic weapons”.

The advent of this new age Russian hypersonic missile really could cause worries for the United States as well as China that have their hypersonic missile programs. Beijing displayed the DF-17 during a military parade in October 2019. Hypersonic are significant because it starts a new arms race. Avangard is a hypersonic boost-glide vehicle but there can also be hypersonic powered cruise missiles or powered delivery systems, so these are designed by Russia to counter the American withdrawal (13 June 2002) from the Anti-Ballistic Missile Treaty (26 May 1972) which was a seminal cold war treaty banning nationwide missile defences.

The Avangard has been placed on a missile that was developed thirty years ago known as SS19. In strategic terms, it will alter the balance of power between the US and Russia, as a weapon of the future. Avangard is a technical breakthrough and Russia has already deployed it operationally.

Recently the US abandoned Intermediate-Range Nuclear Forces (INF) Treaty in Europe, also in 2003 US came up with a conventional prompt global strike that is delivering a nuclear warhead at any place on Earth in 60 minutes since the decision is made. Therefore, Russians in a sense are responding to a number of these developments as a whole. Approval of Space Force by Former President Trump and funding for it allotted in the US defence budget is a very dangerous development due to this arms race arriving in the space domain. It is not just the speed of the hypersonic weapon but also the trajectory of the glide vehicle which ‘serves along the edge of the atmosphere’ and that could make it impossible to defend against in terms of today’s available missile defences.

So a significant challenge for existing missile defences, for example, the United States says that the hypersonic boost vehicles are ten to twenty times less visible to their existing early warning radars than a traditional re-entry vehicle from a ballistic missile. With a very low trajectory and also manoeuvrability it would make it very difficult to defend against. Now there could be a point defence but to defend all-important targets in the US against it is currently impossible. So, Russia is considered an existential threat for the USA.

The USA left the INF treaty because the Americans pointed out that Russians are dishonest, this is inscribed in the minds of the American Congress, DoD and also State Department. Therefore a huge credibility crisis exists in terms of believing arms control solutions which would have to be overcome if the START treaty is going to be extended for a lot more than five years (unlike the present agreement).

Therefore everything depends on the American President for any policy to decide whether or not they want an arms control agreement. The US also criticised the New Start Treaty because it wanted China to be included in the agreement. America and China are developing similar hypersonic weapons systems. Unfortunately, a lot of danger is existing, as there is no international agreement to define how hypersonic missiles are used because a hypersonic weapon is a completely new technology. America, Russia and China are not interested in any manner to have an agreement after serious negotiations primarily due to the distrust. Negotiations would define how to handle this technology by putting in context artificial intelligence and space domain to determine what would be the repercussion if a strategic exchange takes place.

So it is a complicated mix of technology, diplomacy, politics that seems to be cumulatively at work. Therefore, if one strategic actor is not interested to talk about existing inventories and capabilities, it is very difficult then to start any new negotiations. It means focussing on how far research has currently reached, which would be militarily risky and politically costly.

The head of the US Air Force acquisition said that China and Russia made hypersonic weapons a national priority and the Pentagon believes in its review that the US margin of superiority is profoundly diminished. America is now putting resources for the development of hypersonic weapons to counter China and Russia. So as America catches up in this field, a new arms race could be triggered. The risky part is where both America, Russia are talking about using nuclear weapons, in particular low yield nuclear weapons. For example, in the US Nuclear Policy guidance (2019), the US talks about using low yield nuclear weapons to ensure strategic stability.

On the other hand, Russians could use these weapons in Europe, as the conventional conflict is not going very well for them. Chinese feel that their nuclear arsenal is the smallest as compared to America, Russia and that with continued investment by the US in missile defence their arsenal is vulnerable to the US disarming strike. As a result, China is modernizing and increasing its strength in conventional and nuclear forces. Despite the ups and downs in the US-Russia relations, Russia is concerned that China might be having more nuclear weapons. Every year the Pentagon is required to paint a picture for Congress on the potential threat that America faces from China.

The report of 2020 paints a military on the rise and gaining an edge over the United States. Some key statistics: China’s Navy is the biggest in the world and its PLA is the largest army by far. The report alleges that China is looking to expand by building bases around the world and it says that it has 200 nuclear warheads and wants to double that number in a decade. Observers say that the United States will try and use this to push China for a trilateral nuclear deal which includes Russia too. Although Beijing has said that its nuclear arsenal is a fraction of that of the Americans. Beijing believes such a deal would be unnecessary.

In fact, Former President Trump had been openly calling for trilateral meetings (America, Russia and China) to discuss such issues. This is an annual report but it was released at a time where the relations between the United States and China are severely strained but also as the defence department is justifying its budget to the US Congress. The Pentagon is expected to get more than 740 billion dollars in 2021 that is more than three times what China is believed to spend on its military!

However, the Chinese do not seem to be interested in taking part in any such negotiations that could limit their missile capabilities. With these countries having hypersonic weapons, one thing good is that it keeps deterrence in place. As a result mutually when deterrence is present among the three, then chances of any war are less. In turn, any miscalculation could unleash unforeseen havoc. In this context, a real possibility exists that everybody would get into a new global missile race.