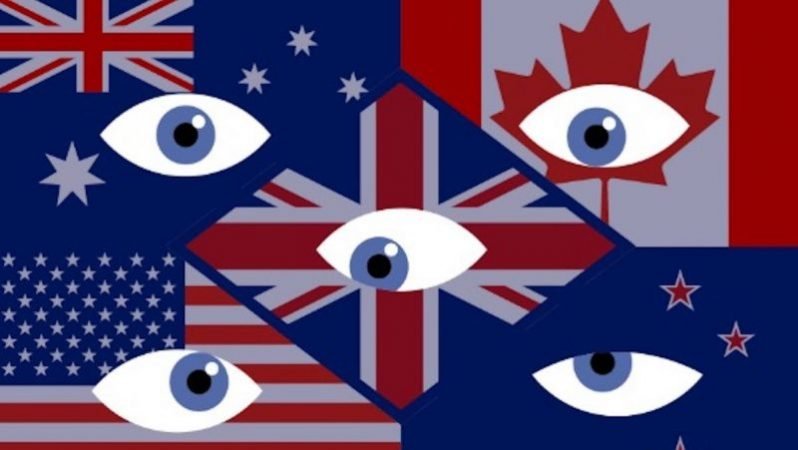 The U.S. and China are officially at each other’s throats. Now, as the U.S. is trying to isolate China with the help of Five Eyes. Let’s see, how successful they are in their manoeuvres.

Five Eyes (FVEY) is an international agreement under which five nations cooperates and share single military and human intelligence. It is an alliance comprising Australia, Canada, New Zealand, the United Kingdom, and the United State.

Five Eyes was created during World War 2. At that time, these countries were gathered for general intelligence sharing, but later it was given more power, and many pacts were added to it and nowadays we can say that there is no intelligence network more powerful than Five Eyes, because the first thing is that they’re having bigger outreach, and they have very good coordination. Although these all five nations are all English speaking country. The real face of Five Eyes can be summarised in the words of Edward Snowden (the former NSA contractor) as a “super-national intelligence organisation that does not answer to the known law of its own countries”.

FVEY sometimes do not tell about their secret operations to respective countries’ Presidents and Prime Ministers also.

During the second world war, intelligence officers from Britain and the U.S. would crouch over bulky radio transmitters listening in on crackling enemy exchanges. In the years since then, communications technology has changed drastically – and intelligence gathering is far easier in the digital age. But despite the changes, it is the same agreement that still governs the sharing of signals intelligence between Britain, the US, Australia, New Zealand and Canada – known in shorthand as the “5-Eyes” countries.

The exchange of intelligence was an important part of US-UK efforts during the second world war. This co-operation continued after the war, resulting in the UKUSA agreement of 1946. As a British dominion at the time, Australia was not a party to the agreement in its own right, but all British dominions occupied a special status that elevated them above other “third-party” countries.

Primarily, After 2018, Five Ryes have increased their engagement with India. There is a very important Congressional Committee in the U.S., where they have spoken about increasing the cooperation of Five Eyes at the government level with India, Japan and South Korea.

Primarily, all this was done with an eye on China. In recent times, Indian intelligent agencies and Five Eyes are sharing information on the various aspects, nurturing relations between the two.

Five Eyes Alliance is no longer a volume intelligence-sharing alliance, it is now going beyond. It is also going to create an economic alliance where their primary focus will push “trusted supply chain” between these five countries and a few others with whom they share good bonds.

The whole world is familiar with the horrors of this Pandemic. US President Donald Trump has described this pandemic as more dangerous than Pearl Harbor’s attack. This is the which unites the Five Eyes countries.

Currently, China does not only manufacture, distributes but also has its own market. With an aim to making their countries self-reliant while indicting harm to china on the trade front, FVEY is working towards economic transformation.

For example, the U.S. is dependent on China in 16 categories, across five sectors that run the gambit between things that one really think about – From rare earth materials, —68% from China to things school nurses and families have at home (Vitamin C and Vitamin D – 75% from China). Dependency on telecom-related equipment is another part.

China has access to the capital market around the globe. In fact, wall street loves China. Venture capital loves Chinese technology. Applications like as Tiktok and Zoom are the brainchild of Chinese entrepreneurs living in Silicon Valley. Thanks to China’s easy access to global capital and its talent pool, China will likely reach tech parity with the U.S. between 2025-2030.

The issue of the supply chain is not only in front of US or Five Eyes countries. India is equally dependent on Chinese applications. For example, India obtains 67.56% Active Pharmaceutical Ingredient (APIs) from China which is valued at $2.4 billion and meets 90% of all API’s requirements from imports.

Further, India’s dependence on API’s imports has increased over the years which stood at 0.3% in 1991.

The Five Eyes Economy Agreement suggests that if we depend on China in this way, then China will continue to bully other countries, and Five Eyes countries will not be able to do anything in response to it.

The most important step is to end the dependence on China and only then will Five Eyes countries be able to take action against China.

An international study of essential supply lines has found that Australia relies on China for critical medical technology more than any other ‘Five Eyes’ nation. Using international trade data compiled by the United Nations, the report found that Australia depends on China for 595 different goods ranging from ballpoint pens to pharmaceutical to garlic.

New Zealand was second-most dependent on China (for 513 different goods) followed by the United States (414 goods), Canada (367 goods) and the United Kingdom (229).

The process of starting the trusted supply chain is going to be very difficult for Australia and New Zealand. The way in which these countries are talking, showing unity, these countries will become self-reliant or they will try to shift these supply chains to more friendly countries like India, Japan and South Korea in upcoming future.

Moreover, in the future, they will never let endorse such a situation in which the way they became completely dependent on China.

From now on, countries will also insist on local manufacturing so that once the relationship with any country is bad in the future, they will be ready to fight those problems.

China must be aware of this upcoming arduousness!