Before any Nepal-India disputes, we must remember Gurkhas! 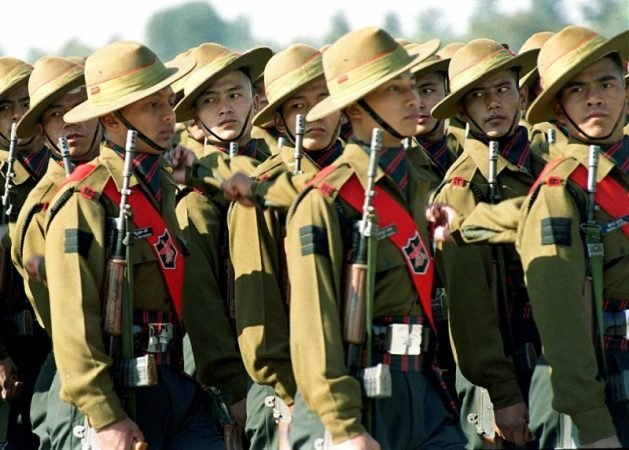 Speaking of Gurkhas, India’s first Field Marshall Sam Manekshaw mentioned, “If anyone tells you he is never afraid, he is a liar or he is a Gurkha.”

A Tripartite Agreement was signed between Nepal, India and Britain in 1947 regarding the Gurkhas (soldiers of Nepalese nationality) in the military service, through which six Gurkha regiments became the part of Indian Army after India’s independence, and four were shifted to British Army.

Hence, it has been more than seven decades of Nepalese serving alone in the Gurkha regiment of the Indian Army with the vow of defending India in the jungles, deserts, trenches and even on the beaches. The Indian embassy in Nepal states that there are more than 1.26 lakhs of pensioners and around 32,000 Nepalese are on active duty in Indian Army.

This is a unique model of military diplomacy which enhances the Nepal-India relations. Also, Nepal and India share a distinctive tradition where the Chiefs of Army Staff are anointed as Honorary Generals of the other’s forces. The Government of India even permits Nepalese citizens to be recruited as to serve as an officer of the Indian Army and some have already risen to the higher posts. This displays the amount of faith and trust among the citizens of both states. Inside the Indian Army, Gurkha regiments are the battle-hardened troops, with a proven record of loyalty and valour.

The border disputes between Nepal and India caught fire when Indian Defense Minister Rajnath Singh remotely inaugurated a link road from Dharchula to Lipulekh pass in earlier May. Nepal has claimed the territory under the 1816 Sugauli Treaty and different maps issued by British Survey General in the past. Likewise, India claims the border as Pankhgad River and presents different historical pieces of evidence to strengthen the claims. Nepal issued an official map including the disputed areas and recently Nepal’s parliament passed a constitution amendment bill to update Nepal’s map. Since then there has been growing resentment in both the states, with exchanges of some word wars including Indian Army Chief M.M. Naravane and Nepalese Defense Minister Ishwor Pokhrel.

Gurkha soldiers have been an important pillar of Indian security forces. Many retired Indian Army officials have recalled sheer tenacity, courage and combat skills of Gurkha troops in the battle fought in 1987. Gurkha battalion initiated amphibious operations during the 1971 Indo-Pak war and participated in the Indian Peacekeeping Force in Sri Lanka, and many more. For their courage and valour, Gurkha regiments have won gallantry awards like Param Vir Chakra and Maha Vir Chakra.

This special sacrifice of the people of Nepalese nationality for India is a unique and extraordinary symbol of a relationship far beyond than a dispute between two friendly states. There is no question of Nepal and India for further confrontation, more than the scale of dispute, the fundamentals of the Nepal-India ties are deeper. For Nepalese also, serving as a Gurkha soldier in the Indian army is not only about money and pensions or because of the Tripartite Agreement, but is about pride and dignity.

Through the people of Nepalese nationality in the Indian security force, it has depicted the Nepal-India fighting together to defend the shared values of freedom and justice. Nepal and India share history, mutual respect and an unbreakable bond, and that bond of combat brotherliness lives on through the Gurkha soldiers between two states. In the era of globalization, and states’ strategies pointing towards people-to-people connectivity, Nepal-India shares more than this concept. Through Gurkha soldiers’ recruitment, soldiers from Nepalese nationality and Nepalese of Indian nationality have created a bond of homogeneity, where they think each other as brothers, the brotherhood developed in the Nepal-India relations by Gurkha soldiers must be remembered before having a bitter relation between two states.

Similarly, the angled-Gurkha hat is not only the symbol of Nepal-India friendship but a representation of brotherly relation and picture of courage within Nepal-India relations. And Khukuri is not only the symbol of courage and bravery, but it also symbolizes the shield that the Gurkha soldiers represent, where the two friendly states back each other in the times of need. The Gurkha soldiers not only represents the security aspects, but also represents the cultural, and religious affinities both the states have.

Before any Nepal-India disputes: We must remember Gurkhas!!

Before any disputes between Nepal and India or disputes’ escalation, both the states must remember the blood the Gurkhas has spilt, of the enemy and their own, for the sake of shared pride and mutual respect. Hence, Gurkha soldiers are one of the strongest pillars of the Nepal-India friendship and both states must consider the sacrifices they have made before any disputes. India has never had a faithful ally as Gurkha soldiers of Nepalese nationality, and pride that they have brought to both the nations. Both states must reminisce Nepal-India friendship through the “Bravest of the brave, most generous of the generous”.