The Future of India-China Economic Relations 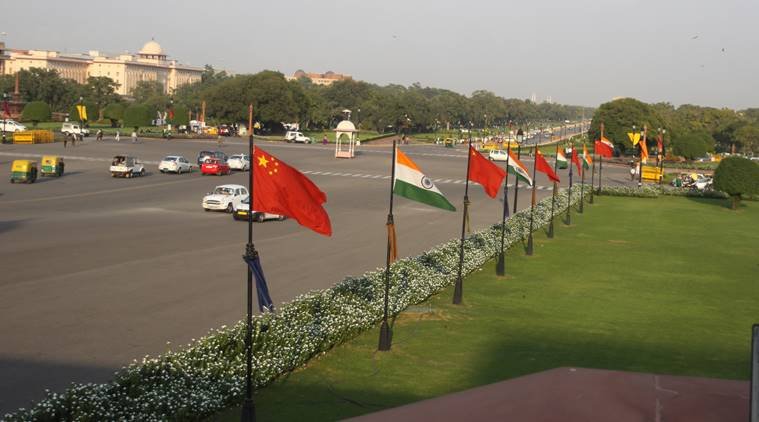 India’s trade deficit with China accounts for about 50 percent of the country’s total trade deficit. 32 years ago the two countries had similarly sized economies and spent nearly the same amount on defence. Today, China is known as the world’s factory and its GDP is more than five times that of India. The dynamics of the relationship have completely changed. Covid-19 has shown that dependence on China poses all kinds of risks. For India, it’s even greater.

Covid-19 has made the risks of the world’s dependence on China impossible to ignore. The chaos of the coronavirus pandemic engulfing the world (and the resulting economic and social wreckage) these days is only exposing and accelerating what was already happening for years: The collapse of liberal world order. The pandemic is accelerating the fragmentation and breakdown of global order, hastening the descent into nationalism and great-power rivalry.

On 12th May, Prime Minister Narendra Modi told the nation that a new era of economic self-reliance has begun –Aatmanirbhar Bharat or self-reliance – the push to bring supply chains back home to ensure resilience.

Also, on April 17 the government had tightened its policy on foreign direct investment (FDI) to require investment from any country that shares a land border with India to go through a government approval process. The target of the new rule was abundantly clear as the only neighbour with significant trade flows is China (neighbouring Pakistan and Bangladesh already faced restrictions).

India has become the latest country to restrict Chinese investment, acting on fears that Chinese state-backed entities will swoop in to buy Indian companies weakened by the coronavirus pandemic. More than ever, countries are waking to the dangers of economic interdependence, especially with China.

No country has benefited more from globalisation or has come to symbolise it better, than China. Many countries have complained membership in the World Trade Organization has given China access to Western markets on favourable terms, but Beijing has not implemented significant measures to protect intellectual property rights, strengthen the rule of law, or level the playing field for foreign companies in its own economy. The bet that China would integrate as a “responsible stakeholder” into the U.S.- led liberal order is widely seen to have failed.

Why the backlash against China in India?

Fresh anti-China protests have erupted across India after Indian Army lost lives of 20 of its personnel, including the Commanding Officer of 16 Bihar in a violent face-off with Chinese troops in Ladakh’s Galwan valley on the night of 15 June. Protesters seek revenge demanding severing of trade ties and boycott of Chinese goods. Online campaigns to boycott Chinese mobile apps and electronics products were already there since early May due to the Himalayan border dispute.

Globally, the coronavirus pandemic has unleashed an economic collapse not witnessed since the Great Depression of the 1930s. The International Monetary Fund is predicting a global recession.

As stock markets plunge, governments throughout the world are rightly worried that China’s state-controlled firms will snap up their nations’ strategic assets on cheap rates as valuations have fallen

India is no exception. According to the Indian Ministry of Commerce, tighter restrictions on Chinese investment became necessary in order to prevent “opportunistic takeovers” of Indian companies. Recently, the Chinese central bank bought a 1 percent stake in India’s largest non-banking mortgage provider HDFC Bank, bringing its total holdings in the lender to 1.75 percent at the end of March. This can be a trigger for the decision.

New Delhi has a growing consensus that greater reliance on China is not in India’s long-term economic interest. This is especially true because China has been unresponsive to requests to address the huge trade deficit India has with China. India imports almost seven times more from China than it exports to it. India has a huge trade deficit with China – its largest with any country. In 2018-19, India’s exports to China were mere $16.7 billion, while imports were $70.3 billion, leaving a trade deficit of $53.6 billion.

Until the new regulation took effect, scrutiny of Chinese investments in India had been rudimentary at best. One of the reasons sentiment changed in India was that Chinese investments were increasingly focused on acquiring controlling stakes in India’s e-commerce and tech start-ups. Indian companies such as payment app provider Paytm, online retailer Flipkart, and ride-hailing company Ola Cabs count China’s Alibaba or Tencent among their investors. Although these are ostensibly private investments, India isn’t the only country concerned about the Chinese government’s influence over private technology companies’ foreign activities, whether this concerns technology transfer, access to sensitive data, or the implementation of Chinese censorship policies. These investments raise major concerns over the protection of intellectual property rights, data privacy, and national security. Chinese firms could potentially gain access to data that would allow the comprehensive profiling of a large share of Indian citizens.

Similarly, given Huawei’s close ties with Beijing, there are mounting concerns that dependence on Chinese technology for 5G critical infrastructure will make India vulnerable to espionage, sabotage, and blackmail. Also, it is feared by some that it could act as a major setback to the indigenous development of 5G technology.

Under the new rules, regulators at the Ministry of Commerce can be expected to look much more closely at such transactions due to the sensitive nature of this industry, and due to the possibility of Chinese companies—and through them, the Chinese government—gaining access to sensitive information on millions of citizens and intellectual property theft.

Also, the acquisition of shares by Chinese firms in Indian pharmaceuticals companies is a source of concern during coronavirus-related medical supply chain fears.

The step may also give New Delhi some bargaining power in future negotiations with Beijing, as India continues to be an attractive market for Chinese investments. Importantly, the new FDI policy does not prohibit Chinese investment but maybe an opportunity for India to direct the investment to favoured sectors and make Chinese investment more controlled and transparent.

Though India has a vibrant technology sector, the point that needs to be stressed is that it is yet to develop a deep domestic venture-capital industry that can nurture and sustain a start-up ecosystem without overreliance on foreign funding. This will overcome the heavy reliance on overseas venture capital, especially Chinese investment.

As India exports less to China (mainly raw materials) and imports more (mainly manufactured goods), there is a growing consensus that greater reliance on China is not in India’s long-term economic interest.

India’s trade deficit with China accounts for about 50 percent of the country’s total trade deficit. And the gap has grown tremendously since China’s accession to the World Trade Organization in 2001.

After COVID-19, the world has started to realise that depending on the global supply chain isn’t the best answer. More and more countries are going for domestic production. Many companies also want to shift their manufacturing base.

Also, India been at the receiving end of defective and substandard testing kits from China at hugely inflated markups.

The range of goods that we import from China is massive: consumer durables such as electronic goods, smartphones, industrial goods, vehicles, solar cells, and essential pharmaceutical products, among many others. Due to the prolonged lockdown of factories in China due to the outbreak, supplies of several products in India was disrupted back in March.

Thus, some of the key sectors of the Indian economy are critically dependent on China.

Behind India’s decision to pull out of the Regional Comprehensive Economic Partnership (RCEP), the major issue for India was the potential that opening up its market to China, another RCEP member, would lead to a flood of cheap Chinese goods crowding out Indian-produced products. New Delhi was concerned about what the second wave of opening up would do to the existing deficit—one that developed even without a free trade agreement with China.

Though more and more countries are going for domestic production and shift their manufacturing base back home, a word of caution for New Delhi can be that these things don’t happen overnight and anti-China sentiments alone cannot drive that shift. We are living in a world where every country depends on another for something. Given the present realities, to get something manufactured today, one has to turn to China for components.

Data also suggests that China is India’s largest trading partner, but the trade is heavily skewed in favour of China. Thus initiating a  trade war when Indian manufacturing ability is limited is not going to favour India.

In times of globalisation and being governed by the rules of the WTO, any efforts at creating systemic impediments to the smooth flow of trade across nations, jingoistic parameters may backfire.

4. Angered by Beijing’s mishandling of the coronavirus outbreak

The coronavirus crisis, in particular China’s mismanagement of the initial stages of the outbreak, has generated intensely negative public sentiments against Beijing—in India and many other countries around the world. Countries have demanded an investigation into the origin and handling of Coronavirus.

Campaigns against Chinese goods and apps

Indian app ‘Remove China Apps’ highlights backlash against Chinese business amongst the Indian public. Its popularity comes amid calls for a boycott of Chinese mobile apps in India as a border dispute in Ladakh fuels a backlash against products from China. It scans a user’s phone for apps such as ByteDance’s TikTok and Alibaba’s UC Browser and removes them. Popular Indian yoga guru Baba Ramdev described deletion of Chinese apps as a “national service”.

The COVID-19 pandemic is reviving sentiments against Chinese products in the country. The recent backlash against China over faulty testing kits or alleged suppression of actual numbers of infection are fuelling online campaigns in India urging people to reduce dependence on Chinese electronics and refrain from buying them.

Previous boycott calls have focused on Chinese goods, whereas this one especially targets Chinese apps.

This isn’t the first time that Chinese products or brands have drawn flak in India. Some experts point out that in the short term this will raise questions in people’s minds, but in the medium term they don’t see any impact of these campaigns on Chinese companies or products

China has said that the new FDI policy is discriminatory. China has protested against the revised rules, claiming a violation of the World Trade Organization’s free trade rules.

Regarding the campaigns against Chinese goods and apps, China’s state-owned newspaper Global Times says boycotting Chinese goods is a scapegoat for India’s ineffectiveness in containing the virus.

India’s counter to dependence on China needs to be smartly calibrated. Indian policymakers thus face a critical choice— one that will require them to carefully weigh and balance a broad range of economic, political, strategic and ethical considerations.

As Shivshankar Menon, former Foreign Secretary and former NSA, says, today, India is more dependent on the outside world than ever before. Also, India finds itself in an increasingly dangerous world, one that is fragmenting and slowing down economically, in a new geopolitical situation, caused primarily by the rise of China. So, the questions of geopolitical considerations also loom large.

According to Shivshankar Menon, “The more India rises, the more it must expect Chinese opposition, and it will have to also work with other powers to ensure that its interests are protected in the neighbourhood, the region and the world. The balance will keep shifting between cooperation and competition with China.”

He also mentions that the U.S. is an essential partner for India’s transformation. But it is withdrawing from the world. It seems to have got tired of the role of the upholder of international order. India must work with other powers to ensure that its region stays multi-polar and that China behaves responsibly.

Indian policymakers, who had to carefully manage an already troubled bilateral relationship, will find the future trajectory even more turbulent.