India has not closed door on China-backed RCEP: EAM 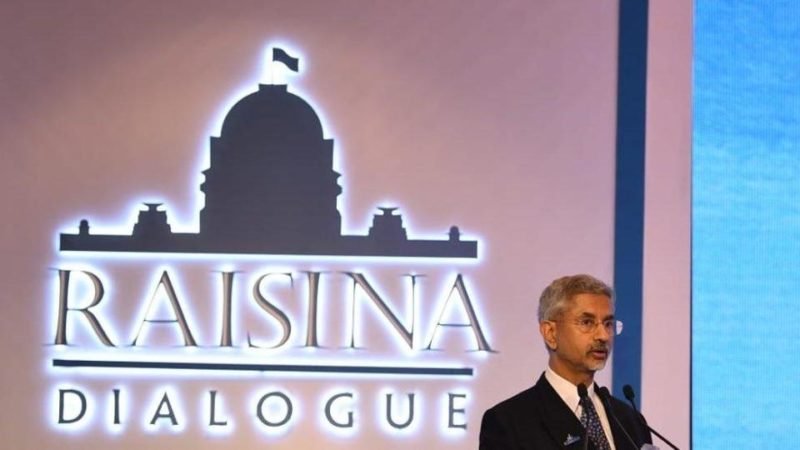 India has not closed the door on a China-led regional economic pact, even though Asia’s third-largest country pulled out of the deal last November, Foreign Minister Subrahmanyam Jaishankar said on Wednesday.

In November, China joined 14 countries in agreeing on terms for the Regional Comprehensive Economic Partnership (RCEP), with India pulling out at the last minute saying the deal would hurt its farmers, businesses, workers and consumers.

“Where RCEP is concerned, we have to look at cost and benefit. We will evaluate RCEP on its economic and trade merit. We have not closed our mind to it,” Jaishankar said.

The external affairs minister, speaking about China, said that it is very important for neighbouring countries to reach an understanding on crucial matters.

There are already enough forces of disruption in the world

Speaking at the Raisina Dialogue, EAM Jaishankar said “There are already enough forces of disruption in the world… Somebody needs to make up a bit”

The external affairs minister disagreed that India speaks more and does less, especially based on its record in the last five years. He said India has at least 142 connectivity projects around the world, of which 53 have been completed. “There was a time when we probably spoke more and did less; today we are actually doing more than we speak,” Jaishankar said. He, however, conceded that India is a prisoner of its past image, which has to change.

He also commented on Indian diaspora saying, that India has a huge diaspora, is a pool of global talent, and is a pluralistic and democratic society. He said India is increasingly shaping the debates and discussions on the global scale. “The India way will be tested against global issues like connectivity, climate change, counterterrorism…” he added.