8 truths to remember before starting another military campaign 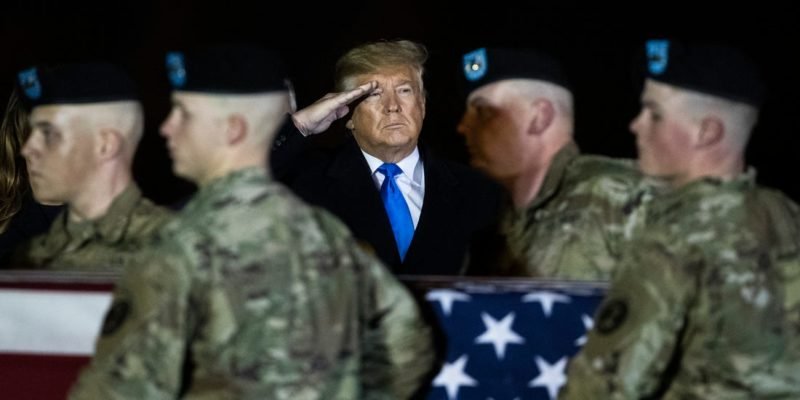 The Founding Fathers had high hopes that military adventurism could be prevented through constitutional checks. As Alexander Hamilton wrote: “The legislature…will be obliged…every two years, to deliberate upon the propriety of keeping a military force on foot; to come to a new resolution on the point; and to declare their sense of the matter, by a formal vote in the face of their constituents…As often as the question comes forward, the public attention will be roused and attracted to the subject” (emphasis added). Hamilton was mistaken.

As the U.S. has preserved and expanded its global military posture, post-Cold War presidents of both parties have consistently committed the military abroad in an expanding series of campaigns or other obligations. These endeavours frequently lack a compelling enough relationship to American vital security interests to justify their costs and consequences.

Nonetheless, presidents are politically rewarded by rallying the nation around the flag during military crises, both real and contrived. Likewise, members of Congress perpetually seeking reelection are rewarded for pandering to military forces, veterans, and influential defense industry. Admiring a military which they increasingly neither know nor understand, citizens uncritically support overseas uses of American force without demanding meaningful public discourse before the commitment of lives, treasure, and national reputation.

A range of scholars — from economic historian and journalist David Unger to political scientist Andrew Bacevich to journalist James Fallows to policy practitioner Rosa Brooks to many others — caution that our foreign policy has become progressively militarized as Americans have grown apathetic to perpetual overseas campaigns. The American public has become numb to poorly scrutinized military commitments through two decades of continuous war. Future generations will no doubt think that many of our post-9/11 campaigns were justified, but others were needless or ill-advised. All have been costly.

The United States direly needs a reinvigorated national dialogue between the public and elected officials accountable for national security policy on the appropriate role of military intervention within U.S. foreign policy. The following eight principles are essential to keep in mind as U.S. policymakers and attentive citizens contemplate future or continued military action abroad.

1. War is costly, wasteful, and tragic.

It is easy for Americans to lose perspective on the realities of conflict conducted across the oceans and broadcast at home in short sound bites wedged between more extensive and enticing coverage of celebrity wardrobe choices, domestic political scandals, and sports highlights. Our insularity and the ubiquity of the trivial within our society tend to breed apathy for far-away tragedy.

2. Americans die in all American conflicts.

When Americans go to war, some will die. Every time. Do not begin a military campaign unless the benefits to national security justify the inevitable loss of American lives. This must be soberly considered at the outset. If the reasons for the war are not clear and compelling to the populace, political pressure will mount on elected representatives in Congress once inevitable casualties accumulate. The de facto mission on the ground during poorly justified conflicts tends to become a mission of “don’t die,” and massive resources are devoted to protecting personnel at the expense of mission accomplishment. If the implied mission becomes force protection, the best way to accomplish that mission is to end the campaign.

The war in Afghanistan is the longest in American history; the second Iraq War is the third-longest. Not only do wars drag on, they create enduring “commitments.” U.S. troops are still in the Balkans more than 20 years after — and three administrations after — President Bill Clinton first began NATO peace enforcement there. Tens of thousands of American service members have remained ready for war in South Korea for more than six decades. U.S. garrisons in Japan and Germany have endured more than seven decades.

On September 15, 2002, the head of President George W. Bush’s National Economic Council, Lawrence Lindsey, stated the “upper bound” of costs for a war with Iraq would be $100 billion to $200 billion. Amid political pressure, Lindsey’s estimate was soon revised downward by Office of Management and Budget Director Mitch Daniels. Daniels assured the public that “the cost of war with Iraq could be in the range of $50 billion to $60 billion…earlier estimates of $100 billion to $200 billion provided by Lawrence B. Lindsey…were too high.”

As it turned out, the Bush administration’s cost projection was shockingly optimistic. Between 2003 and 2010, Congress appropriated $730.9 billion specifically for Operation Iraqi Freedom. That figure does not account for appropriations for State Department or intelligence operations in Iraq. Nor does it account for the costs of Veterans Affairs disability support to the more than 50,000 wounded in the campaign or the hundreds of thousands who will develop conflict-related disabilities in the future. The Cost of War project, a partnership of Brown University and Boston University, noted that as of late 2019, more than $2.09 trillion had been appropriated directly for combat operations in various post-9/11 military campaigns in Afghanistan, Pakistan, Iraq, and Syria, with an estimated additional $1 trillion in future Veterans Affairs medical and disability benefits.

Debt financing of military campaigns — particularly optional ones — shields elected leaders from public accountability and is fundamentally dishonest with the American people. Any presidential decision not to pay for war at the outset, and a corresponding congressional complicity, hides the financial costs from voters. So long as the draft is not activated, most Americans remain blissfully unaware of the scale and scope of military force employed in their name in remote, obscure places. They have no concept of the magnitude of costs. Not only is financing of military campaigns with debt dishonest, it is profoundly irresponsible. As of November 2019, $925 billion in interest was owed by American taxpayers on money borrowed for post-9/11 conflicts. That number will increase if interest rates rise. This situation completely invalidates Hamilton’s confidence that a voting public wary of taxation would curtail military adventurism.

Money spent on military operations cannot be spent on other foreign or domestic initiatives. Military campaign funding is not being spent on diplomacy, commercial development, foreign humanitarian assistance, or domestic infrastructure and social programs. Likewise, military forces committed anywhere are always not doing something elsewhere. Once a campaign has begun, it will draw forces and critical specialized capabilities such as reconnaissance, aerial refueling, and strategic mobility cargo planes away from all other areas of the globe thus limiting response options in those regions.

Once a conflict has begun, an adversary’s will, chance, and complex causal relationships will conspire to confound the intended outcome. Heraclitus of Ephesus tells us that we cannot step in the same river twice, since on our second encounter, it is not the same river and we are not the same people. Niels Bohr and Yogi Berra both warn us against overconfidence in predictions about the future. We will never get exactly what we think we are going to get from a conflict. Military solutions to familiar problems tend to create unforeseen and more complex ones.

8. The American people are not stupid; any military commitment under consideration should be explainable to them.

Americans deserve a strong and capable military. Wars will continue remain necessary in the pursuit and preservation of U.S. national interests. Whenever it is truly required, military force should be applied vigorously and without hesitation or equivocation. While unanimous national consensus should never be expected, the case for any constitutionally legitimate commitment of military force should be stated and subjected to national dialogue. American citizens are owed — and must demand — transparent, reasoned, and circumspect debate of military force applied on their behalf. Any military action that cannot be persuasively explained to the public is probably not a good idea to begin with.

This article was originally published in the Brookings Institute Website