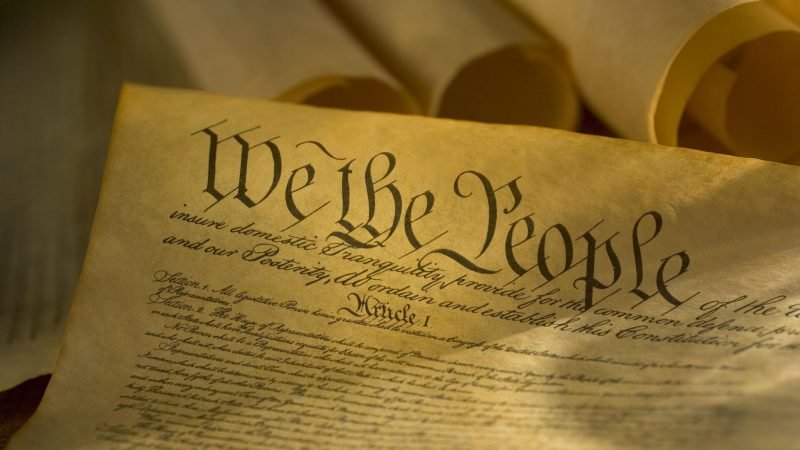 Since the enlightenment era, the idea of formulating the state’s authority was the main point of social-cultural dominion. In fact, the primary concern is to construct a common set of regulations by all the people of a society, which can be used to centralize the role of the state in governing them. Since its inception, thinkers such as Thomas Hobbes, Samuel Pufendorf, and John Locke contributed to its philosophy by addressing, voicing their opinions in it.

Although we cannot fully take the notion that social contract is not used in its original form as it is but it is certain that a collective form of standardized rules which questions the limits of the state is visible in the modern world.

Most of the modern governance relies on constitutions. Constitutions lay the groundwork for policies and frameworks in present and in future as well. The authority of a government or any of its entities over its citizens, the authenticity of it, moral guidelines and power of the sub-governmental powers apart from the central, etc., all are well defined in a constitution. It is, in a way a social contract itself. But it is important to remind ourselves that the idea of a social contract itself was viewed very differently from the individual perspectives of many thinkers such as Hobbes, Locke, etc.

The one main concept differing between the constitution and the originality of social contract between the state and its citizens is that constitutions are not directly set/ chosen by the citizens themselves but a committee or an organization. This can be argued that these committees are in fact a representation of the entire state. But in the modern era, where globalization is taking place at an accelerated level than ever before, the set of principles that were formulated much before is practically invalid in such situations.

The Need for a Modern Framework

Extensive globalization results in a more sectarian society, with a diverse population such as ethnic, racial and religious. This is why an updated set of principles in modern society can be helpful in the prevention and social problems and disputes in governance. It is natural that these factions expect to be heard up in a political front to raise their voice or as plan representation itself. Even though the usual liberal or non-conservative parties tend to favour them politically, there might be times where there when minorities feel they are used as vote banks especially if they do not see a representative in the party as one of their own. It’s quite common for left-leaning parties trying to capture the vote-share of the expatriates living in their country as the right or conservative parties rather tend to prioritize/ win majoritarian vote bank.

The right not to be discriminated against is paramount in protecting the rights of persons belonging to minorities in all regions of the world. Minorities everywhere experience direct and indirect, de jure and de facto discrimination in their daily lives.[1] This is also applicable to diaspora citizens who reside outside their country for livelihood. Considering the fact that these people do not classify as a citizen of that citizen yet, laws and policies might not be as same those of citizens. But basic human rights are not something to be looked at partially upon with.

Different social groups can also be represented through specialized agencies or institutions of ethnic representation. It should be noted that in many countries these bodies have only a consultative and representative authority. Thus, for example, in Finland, there are the Swedish Assembly of Finland (Folktinget) and the Sami Parliament [2]. Assembly protects Swedish-speaking minorities in Finland and is involved in the law drafting process and issues statements on topics related to the Swedish- speaking population. At the same time, the Sami Parliament is a self-government body that represents the interests of the Sami. The Sami Parliament can represent the Sami interests before the authorities on issues concerning language, culture and their position as indigenous people. Hence, the Swedish Assembly of Finland, as well as the Sami Parliament of Finland protect the cultural, linguistic and social rights of ethnic groups (Swedish-speaking Finns and the Sami respectively).

However, they do not have the right to make political decisions and do not have fixed seats in the Parliament of Finland. This can be considered as delimiting the power or restriction of equal regulation of policies and laws with respect to a social contract. This can also be seen as controlling a vulnerable sectarian group whose are not necessarily indigenous but also a minority to that particular geography. It is also the case with Sami Parliaments in Norway and Sweden, as their main goal is the protection of the interests of the Sami. They carry out consultative and advisory functions and have the right to give advice to public authorities on matters affecting the Sami interests.

Sami representation through their parliaments is not without its challenges or limitations, as explained by Professor Bertus de Villiers from the Curtin Law School in evidence to the parliamentary inquiry into constitutional recognition for Aboriginal and Torres Strait Islander Peoples. [3]

The example of a secondary parliamentary construct with limited power is just an example to illustrate the room to add socially accepted norms based on the complete acceptance of all the citizens.

The aforementioned example of Finnish parliament is used to explain the room to add flexibility in terms of policies via social contract. But again, this varies from one place to another. There are also examples that already constitutes a social contract such as the United States, which clearly describes what the state can and cannot do.

A social contract theory might not be exactly a solution that can resolve all the differences in this situation, but it definitely improves the ability of flexible governance yet increasing the transparency in the process.

Raghuraman is an independent researcher in International Relations, Public Policy and Affairs with a bachelor's in Mechanical Engineering.