The GCC Railway: Could it Remain Rhetoric? 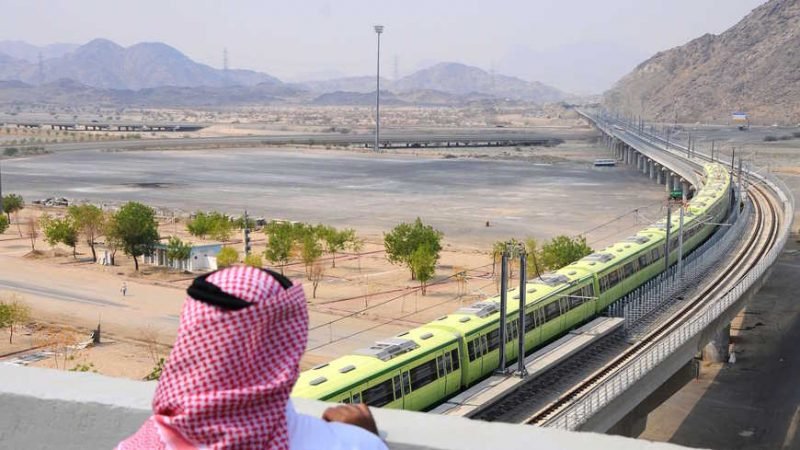 Way back in 2009, the Gulf Cooperation Council (GCC) approved a plan to connect the Persian Gulf region with railways for better interconnectedness between the resource-rich states, which was first brought to the tables in 2001. The ambitious project seeks to lay rail lines for a distance of 2,177 km that will link Oman, Saudi Arabia, UAE, Bahrain, Qatar and Kuwait. With an estimated budget of $15 bn, the project was initially scheduled to be completed by 2018. Individual countries were given the responsibility of building the tracks, stations and terminals within their territory. Though the cost is to be shared by all six countries that are part of the project, their share will be proportionate to the length of the railways in their respective territories.

Nevertheless, the project has suffered repeated delays and has not found the momentum to operate full-swing. Signs of resurrection was seen recently when a Saudi-origin newspaper, Al-Jazirah, reported that the railway project is expected to begin in 2023. The first phase of the project will connect Oman, Saudi Arabia and UAE, while the next phase will connect Saudi Arabia, Kuwait and Bahrain. Interesting enough, nothing was mentioned regarding Qatar, though it remains to be a GCC member.

Funding issues such as low oil prices, incongruent interests between the member states and the broader regional power politics were hindering any progress in the construction of the railways. GCC’s decision to isolate Qatar by imposing economic blockade and severing diplomatic relations was more of a reason for the project being boxed and put away on the shelf. Efforts of rapprochement by the GCC has not yet landed in a truce as the blockade is still on and diplomatic stalemates have been further highlighting the duality in political wills in Riyadh and Doha. Qatari prince Tamim bin Hamad seems to be deterministic about Qatar’s policies, the most consequential of them not really aligning with Crown Prince Mohammed bin Salman’s policies. Qatar’s support to Turkey in Libya and its ties with Iran has placed it in the camp opposite to that of Saudi Arabia and UAE.  The absence of Qatar’s mention speaks for itself that the blockade is set to remain for a while.

The COVID-19 crisis poses much of a threat to the megaproject. Low oil prices caused by plunging demands for oil when most of the world was under lockdown had severely affected the oil economies of the Persian Gulf. Saudi Arabia has cut capital expenditure on several projects envisioned under its Vision 2030. According to S&P ratings, the economic repercussions of the pandemic could shoot up the debts of GCC countries to a worrisome level. The report speculates that the GCC debts “to increase a record-high of about $100bn in 2020 alone…” and also states, “We expect to see GCC government balance sheets continue to deteriorate up until 2023″.

There is no doubt that the GCC railways project if implemented, will have a widespread positive impact on the integration of the region. The railways have the potential to lower the Gulf’s carbon footprint by 70 to 80 per cent caused by road transport. Reduced transportation charge and increased capacity and efficiency of movement of goods and people are other upsides. With the full operation of the railway service, the GCC can extend its connectivity to other counties in the neighbourhood including Jordan and Israel. In 2019, Israel’s Foreign Ministry revealed information about a railway project that is proposed to connect Port of Haifa to Saudi Arabia and UAE. Israel also aspires to “promote regional peace” and increase connectivity between the Mediterranean Sea and the Arabian Sea.

At the same time, the Gulf is fraught with political instability and economic uncertainties, dwindling the prospects of the realisation of this infrastructure. The project necessitates regional interests to be kept above national interest. But with the current state of affairs in the region that is mired in power politics and internal rifts, compounded by the ramifications caused by the coronavirus crisis, the GCC railways megaproject seems like a distant dream and worse, seems most probably to remain rhetoric for a long time.