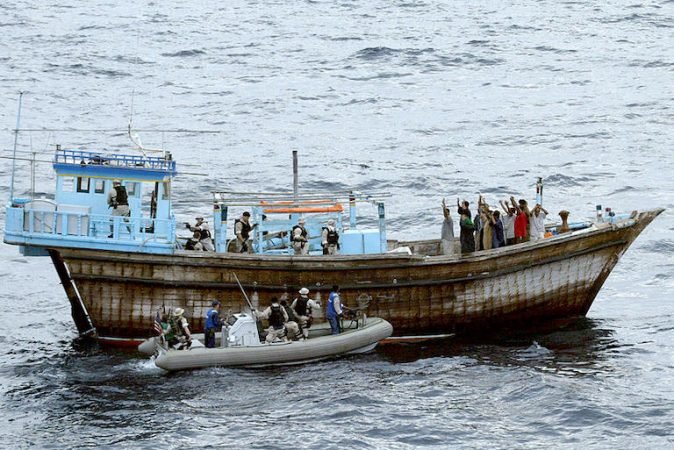 Seizure statistics in India suggest that that the problem of amphetamine-type stimulants (ATS) especially Methamphetamine (or meth; commonly called “speed,” “ice,” “crystal,” “glass”) is becoming complex and expansive, both as trafficked substances and in terms of abuse. The synthetic drug market in South Asia is dynamic and continues to evolve and beyond methamphetamine and synthetic opioids, a wide range of synthetic drugs, including ecstasy, ketamine and cannabinoids, are found across the region. Indian authorities have seized multiple drug consignments in which a major component is crystal meth along with heroin.

The United Nations Office on Drugs and Crime (UNODC) provides evidence that the region is facing a methamphetamine crisis. It warns that the synthetic drug market in the South Asia has expanded vastly and the price, particularly of meth, has dropped to the lowest level in a decade with the surge of supplies, increasing its affordability and widespread use. It assesses the meth market in the region to be worth nearly $61.4 billion annually.

An oft iterated fact is that India sandwiched between the major drug production regions of the world, the ‘Golden Crescent’ (Afghanistan, Iran, and Pakistan) and the ‘Golden Triangle’, (Thailand, Laos and Myanmar). It is also located in one of the busiest maritime traffic regions of the world with perhaps the highest density of fishing vessels in its territorial waters, is most vulnerable to the menace of narcotics trafficking.

Since 2019, major shifts in narcotics trafficking routes have been observed across the region, and lot of this substance comprising of crystalline methamphetamine was destined for India. To bypass the heavy troop deployment along the international borders, narcotic drugs are being smuggled by sea. Recent seizures indicate that the Gujarat coast has become a major route has become particularly vulnerable to the drug cartels using the Arabian sea route for narcotics smuggling. The number of similar seizures by authorities in recent times is staggering. On April 15, the ICG and Gujarat’s Anti-Terrorist Squad (ATS) apprehended eight Pakistani nationals on board a fishing boat with heroin worth about ₹150 crores ($20.6 Million) off Jakhau, Kutch-Gujarat close to IMBL in Indian waters.

Illicit drugs manufacturing gangs are spread from Pakistan, Afghanistan and Iran, with linkages to Gujarat, Kashmir, Punjab and Delhi, Punjab and Mumbai. Along with being the primary heroin trafficker nation, Afghanistan is emerging as a country of concern with regard to synthetic drugs. New street drugs such as K-tablet or Kompot, sometimes sold in pharmacies under the guise of anti-biotics, have become extremely popular amongst youngsters “Hashish is nothing. Opium is nothing. All anyone wants to do now is drop tablet K.” Drugs from Afghanistan are routed to an abandoned desert-like area called Pashni in Balochistan, where they are readied for sea journey from Gwadar port. Karkhano a market area of Peshawar, Khyber Pakhtunkhwa, is believed to be the largest source of K-tablet, from where traffickers easily bring it across the Durand Line. Both crystal and liquid methamphetamine, in addition to ephedrine, are further trafficked from Afghanistan into Iran. Methamphetamine is not produced on any significant scale domestically but rather is imported from neighbouring countries into Iran from where its trafficking increased substantially in 2019-2021 facilitated by a change from using individual air couriers to the smuggling by sea. The narcotics items are smuggled from the ports of Chabahar, Iran, Gwadar, Baluchistan and to Karachi, Sindh. Arrests made by Gujrat ATS have exposed that Pakistani drug dealers, believed to be enjoying the patronage of security agencies, bring consignments in dhows up to a point about 150 nautical miles from Mandvi, from where it was picked up by locals and brought up to the coast in small boats. When Simranjit Singh Sandhu, considered to be one of the biggest drugs Mafiosi of the country was arrested from Italy last year, it was revealed that his gang was using the sea route, landing the contraband on the Mandvi coast in Kutch district and transporting the consignment by road. They have also been using Asia’s largest market in spices, Unjha located in north Gujarat, to camouflage the drug packages hidden under bags of spices, and further transported inland. The Sandhu gang also set up illicit drug manufacturing factories in the outskirts of Amritsar where crude heroin (bought at low rates) was processed into a high-cut value for European and high-profile Indian markets.

Along the eastern coast also, India has also reported increased seizures of ATS in recent years. There has been a growth in the trafficking of methamphetamine tablets from the Golden Triangle overland to Bangladesh, with some routes crossing India. At the India-Myanmar bilateral meeting on drug control cooperation, held in December 2020 Narcotics Control Bureau (NCB) chief Rakesh Asthana said, “Apart from porosity of the India-Myanmar border, drug trafficking through the maritime route in the Bay of Bengal has emerged as a new challenge for both countries.” There are growing indications that India’s eastern coast is gaining importance as a transhipment point for regional and inter-regional methamphetamine trafficking. Trafficking cartels from Myanmar are using the maritime routes along the Andaman Sea crossing Indian territorial waters. In September 2019, Indian authorities 1,160 kilograms of banned ‘Ketamine’ drug, concealed in distinctive teabag packaging used in the Golden Triangle in Nicobar Island.

In March this year the interception of a boat carrying a cache of 301 kgs of heroin made national headlines. The case was transferred from under the NCB over to the National Investigation Agency (NIA). As the leading task force on terrorism, the NIA will be examining the preliminary indications that the international drug syndicate involved in the smuggling was Pakistan based. Along with the narcotics worth Rs. 3000 crores, the Sri Lankan boat and crew intercepted in the Arabian Sea by the Indian Coast Guards (ICGs), was carrying five AK-47s and 1,000 rounds of ammunition. Interrogations once again revealed the Pakistan-based drug trafficking network’s involvement in the movement of the consignment. The arrested Sri Lankan nationals have disclosed that an unknown vessel carried the proscribed consignment from Chabahar Port in Iran, and handed over the same to Sri Lankan fishing boat ‘Ravihansi’ in the high seas near Lakshadweep.

The substantial increase in sea-based drugs trafficking is problematic for India on several fronts. First India is emerging as major destination for narcotics and secondly this trend implies that our coasts remain vulnerable to the possibility of narco-terrorism attacks. India’s ocean borne trade constitutes 95% of our external trade by volume and 70% by value, and our energy security depends upon these maritime lifelines. Investigation of huge seizures in the past have indicated connections of drug traffickers from across the borders with terrorist organisations such as Lashkar-e-Taiba and Hizbul Mujahideen. Drug syndicates and terrorist organisations share organizational and operational characteristics, partnering with each other. Astronomical profits generated through drug trade are used to fund various terrorist and militant organisations. Lashkar operative David Coleman Headley had informed his interrogators how ISI used profits from the drug trade to fund terror. Internationally the Islamic State finances its terrorist activities mainly by trafficking drugs made in Syria which in the past few years has become the world’s largest producer of amphetamines. The latest haul of 300 kilograms of heroin along with AK-47 guns and ammunition has sparked concerns of an ISI-sponsored narco-terrorism racket in South Asian waters. Easter Sunday attack in Colombo, financed by narco-terrorism through sea routes sufficiently demonstrated that coastal security in the region is being tested by Pakistan based syndicates. NIA has expressed concern that “The links of the narcotics syndicate with terrorism, radicalisation and criminal activities cannot be ruled out…” It is therefore vital that our borders are safeguarded from illicit drug trafficking.