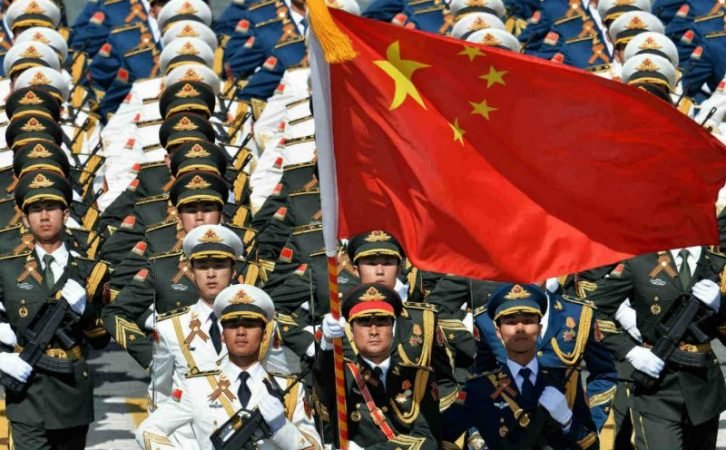 The Chinese way of war- Has it transformed?

Sun Tzu, an antiquated Chinese military strategist, writer and philosopher enunciated that, “All warfare is based on deception”. Proceeding further, he enumerates, “When able to attack, we must seem unable; when using our forces, we must seem inactive; when we are near, we must make the enemy believe we are far away; when far away, we must make him believe we are near.” The psychological warfare of China against India is not recent but goes back in history and it encompasses an enormous snare of deception and fabrication. After the recent, India-China militia deadlock at the border, China’s sabre-rattling has become more discordant and to a temporary observer the military dispute would appear impending. Whereas, in fact Beijing is pursuing its conventional strategy of psychological warfare to eventually urge India to concede without any actual armed conflict. China’s vindictive war, bombast and impractical prerequisites for advocating conferences is evidently different from the strategies of diplomacy and negotiation prescribed by the Indian government to solve the conflicts without any violence.

The recent conflict has particularly accentuated the balance of advocacy in the Chinese foreign policy, from being the initiator portrayed as the sufferer to fabricating relentless attempts to obscure its intervention in Bhutan that eventually accelerated the conflict between China and India. The conflict as a matter of fact, has underlined the strategy through which China amalgamates its psychological warfare(psywar), media propaganda and the exploitation of law to subvert India’s competence and proficiency. Deception and misrepresentation are some of the mechanisms employed by the Chinese government through its psychological warfare, in its process to administer and dominate India without an actual war. China’s strategy of psychological warfare encompasses all day to day warnings and particularly, the totalitarian rule in Beijing has manifested itself adroit at sabotaging the image that India has, involving Prime Minister Narendra Modi’s adversaries and lambasting the idea of “Hindu nationalism” trying to instigate friction and discord in India on the recent strategy against China. Three months after the Galwan standoff, it is perceptible that China remains in power at various points along the LAC, a situation that is downright intolerable to India.

Even though negotiations and discussions are taking place at the military and diplomatic levels, the Indian government instantaneously dismissed the official version recording of the Chinese ‘transgression’, compelling the Indians to ponder on why the government was so apprehensive about divulging the extent of Chinese treachery. Beijing, although released an official statement distinctly inculpating India for the standoff. The Chinese media constantly displayed the adroitness and capabilities of the People’s Liberation Army (PLA), clearly exhibiting the psychological warfare against India fabricated to bewilder and influence India’s decision-making ability.

The age of psychological war

Psychological warfare is a precarious concept to elucidate. Psychological warfare symbolizes the organized use of propaganda and various other psychological techniques to affect and influence judgment, sentiments, actions of its opponents. In the early 1940’s, the United States Central Intelligence Agency (CIA) described psychological warfare as an element of wartime operations, ‘absolute of the armed conflicts’ and embracing measures like guerrilla warfare. Psychological operations had become the part of ‘information warfare’ by the year 2010, as declared in the “Joint Publication 3-13.2” by the US Joint Chief staff. The publication elucidated psychological warfare as, “the fundamental competence that aids strategic communication” by regulating foreign audiences in favor of US objectives. This incorporated the role of special operations command and a range of weapons for security and political generals, devised to win a combat without fighting.

This mandate emphasizes on the art of war suggested by Carl von Clausewitz and his work On War, the famous Kautilya, who wrote a significant part on achieving victory without actually fighting, and China’s Sun Tzu, excelled in the skill of subversion. Hence, Psychological warfare is classical just as war, but with only a uniform norm that the campaign should not be very deceptive. For example, fabricating an insurgency is inadmissible. The existing Chinese psychology embraces prominent media communication, consisting of CCTV footage of the rapid mobilization of armed forces by air and train from Hubei to the Indian borders, within some time. This information was telecasted on global media and was presumed to be true considering the strong Chinese road and railway connection. No emphasis and focus were laid on the fact that the forces belonged to Wuhan, where coronavirus initiated, evoking the probability of the armed forces being infected with the virus. The documents 2on the implementation of several high-altitude improved weapons, consisting of Z-10 helicopters and videos of military training. In the year 2015, the Z-10 helicopter was a part of the Pakistani Air Force, but its low-grade

engines made them incompatible for especially higher lands, that eventually forced Pakistan to contemplate employing Turkish helicopters with American engines. This certainly reveals that even Pakistan preferred US weapons rather than the undependable Chinese weapons. Hence, the Chinese ‘potential’ at the border is although substantial but relatively hollow.

Elucidating China’s outlook to border disputes, a foreign diplomat who had many years of understanding the negotiations with China, asserted, “A Chinese stands on the border and takes a broad sweep of the neighbor’s land. Then he takes off his hat and throws it across the border. A while later, he points to the hat on the neighbor’s land and says, ‘that hat has been there since antiquity. It proves that this has historically been my land’.”[1] Since the border conflict has become more perpetuated than before, the so-called hat reference encapsulates the Indian conundrum. However, as the discussions continue between the military officials of China and India, two evident facts are highlighted: The diplomatic agreement fabricated by the 1993 agreement of peace and tranquility for subduing the conflict along the (LAC) has been relinquished.Furthermore, the impression of the India’s two front war ability had been debilitated. The PLA has orchestrated reinstating the Status quo ante of April 2020. Throughout the duration of the last four months, China has shifted the LAC into the Indian territory after the year 1993 and considering the habitual conduct of China, it propounded a legal justification, validated by both India and China to sustain the peace and restraint along the borders.

The Indian government assumes that the conflict will not alleviate so easily owing to the disagreement and conflict of opinion between the two countries. For example, the PLA inculpated India for the killing in the Galwan valley on June 15. China assumes that during the June 6 military official meeting of both the countries, it was communicated to the Indian government that the delta was the LAC, and both the countries were allowed to set up camps for monitoring. China has successfully disregarded the LAC that was constructed 27years earlier for all possible objectives. Evidently, the current standoff between both the countries manifests the inanity of the Indian policy making because the 1993 agreement failed to bring permanent harmony and order among both the countries. India disregarded the Chinese military preparations and infrastructural developments on the LAC because, the Indian government emphasized on negotiations and dialogues and similarly India was so consumed in dealing with Pakistan, that it neglected the rising ambition of the Chinese armed forces military’s capacity.

In contemporary times, what choices does India have? If we consider dealing with the conflict with force, India does not have any military alternatives. Many old military professionals suggest various options but only some of them are well informed that combat has reformed and today the PLA is an international player and if India chooses military alternatives, PLA will not step back from combat. PLA’s, “projectile-centric scheme constructed around its ballistic cruise and hypersonic missiles”,[2] unparalleled by India. Altogether, the ‘Two front’ combat game plan is not considered to be enduring postulation since it is not established on the all-inclusive threat evaluation. In January 2020, army chief general M.M. Naravane claimed that dual task units will be established on the grounds of two front combat strategies. Bipin Singh Rawat, the current Chief of Defense Staff, has been focused on Pakistan and counter terrorism strategies planning and implementing various military changes establishing theatre commands committed to Pakistan, China, and Indian Ocean. India, under the strong leadership of PM Narendra Modi, exercises strategic approaches to combat China’s profusion of threats. An established strategic affairs expert and the author of the Modi Doctrine, Sreeram Chaulia asserts, “China has to realize that India is no Philippines or Vietnam, it will not be brow-beaten by China and its warmongering”.[3]  If we consider India’s perspective, there is no advantage in taking a back stand from Doklam and the ongoing strategic dealing has undermined China’s worth. China perceives the issue of Doklam as an esteem matter, mostly since it makes them associated with Congress. Comprehending China’s inclination towards the Doklam problem, India will not take a step back and therefore to divert India from its course China has begun to emphasize on the matters of NSG and Masood Azhar. Many military strategists believe that China will not depend much longer on diplomacy to resolve the conflict but would intensify it to a military combat. It is believed that the settlement of the Doklam conflict will certainly be through strategic and diplomatic discussions. India’s alliance and cooperation are required by China on a variety of regional and international issues and therefore, the Chinese government would not get involved in an extended conflict.

The Doklam conflict is deemed to bring a revolutionary reform in China’s foreign policy with regards to India. Even though China continues to give India ultimatums, India took an insightful decision of not stepping back from the Doklam conflict. This illustrates the robust foreign policy structure of India that will eventually compel China to reconsider its foreign policy towards India in future. Since China is known for its counterattacks and vengeance, it will attempt to trespass along the LAC even if both the countries agree to step back from Doklam. India is unsafe in LAC and hence the Doklam conflict should be a deterrent example for the Indian government to accentuate its border development and infrastructure. India should also contemplate accelerating the development of the second section of the Mountain Strike troops so that China will carefully contemplate before trespassing the border.

India’s edge over China lies in its rumbustious democracy and its functioning that China is unaware of. It is oblivious of the fact that Indians are antagonized and exasperated by the Chinese pretense rather than trusting them and hence, its obstacle is not technology but the lack of cultural comprehension. Although, this will eventually permuted as China’s Artificial Intelligence potential escalates. In the future, India has to reform its technologies to be at par with other developed countries but as of now, it has to develop a comprehensible strategic transmission line, that will eventually lay the foundation of psychological war strategy. The authority should communicate with its citizens so that the commanders can combat, and it does not necessarily be the complete truth. Although, there are several cries from the liberals to have total revelation with regards to the border problem, the truth is that no government authority, though explicit, will never tell its citizens everything. That is also a variation of psychological war but then India seems to be competent of it.

[1] Sawhney, P. (2020). How China Turned the Tables on India and Converted 1993 Agreement into a Land Grab. Retrieved 23 September 2020, from https://thewire.in/diplomacy/how-china-turned-the-tables-on-india-and-converted-1993-agreement-into-a-land-grab

[2] Sawhney, P. (2020). How China Turned the Tables on India and Converted 1993 Agreement into a Land Grab. Retrieved 23 September 2020, from https://thewire.in/diplomacy/how-china-turned-the-tables-on-india-and-converted-1993-agreement-into-a-land-grab

Sonal Mitra is a graduate of International relations from Jindal School of International Affairs (JSIA). At present, She's pursuing her master's in Diplomacy, Law, and Business from (JSIA). Sonal is also a Research Assistant at the Center for Security Studies (CSS), working under the guidance of Professor Pankaj Jha.