China’s annexation of Tibet with the view of recent developments 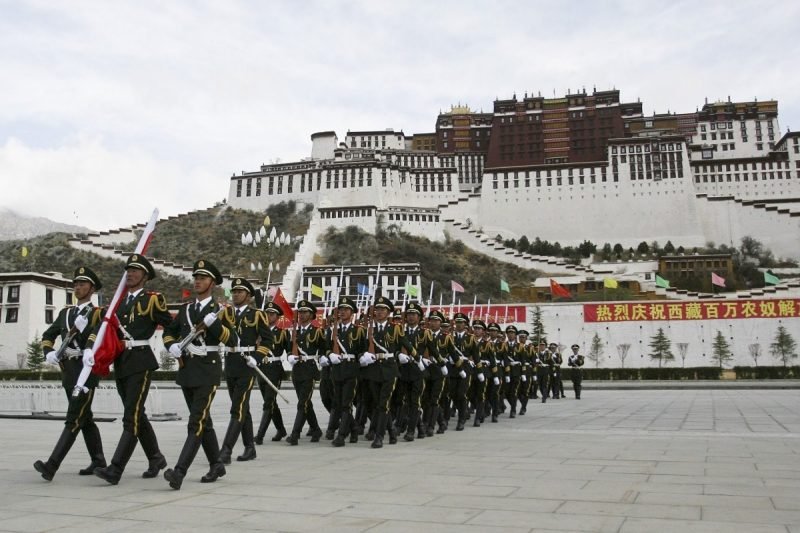 Loyalty has always been a significant political imperative for China. A similar motif could be well observed in Beijing’s approach to the Tibet autonomous region (TAR). On January 25th 2022, Communist part of China (CCP) issued a directive to all the districts and towns the TAR region that the workers employed in Tibetan government offices, schools, or hospitals must be “trustworthy and reliable citizens” who remain loyal to the CCP. It further told them to reject the Dalai Lama and his followers, as well as his “clique,” a group of admirers that surrounded him. Employment and promotion opportunities have been made contingent on such a statement.

These warnings were reasserted at a two-day symposium in Lhasa and Shigatse mentioning retired official, were also urged to always have a clear-cut and firm political stance especially in opposing “separatism,” safeguarding national unity and in drawing a clear-cut line from the “Dalai Clique.” They were forewarned that the party will not tolerate “two-faced” people.

China’s illicit occupations in Tibet are long-standing. Beijing is also making earnest efforts to curb the worship of Dalai Lama, compel Tibetans not to have photos of the spiritual leader in their houses, filter out “double-faced” cadres (those who work for the TAR government while concealing their loyalty to the Dalai Lama), and prevent Tibetans from crossing into India to meet with the Dalai Lama.

From Past to the Present

Retrospectively, Tibet became a part of China in 1951 under the Agreement of the Central People’s Government and the Local Government of Tibet on Measures for the Peaceful Liberation of Tibet also known as the Seventeenth point agreement. This agreement maintains the claim of the People’s Republic of China (PRC) over Tibet, holds that People’s Liberation Army (PLA) will consolidate the national defences, will be accountable for Tibet’s external affairs and Tibetan troops should be restructured into Chinese army. However, the aforesaid agreement also states that the government of China would not alter the existing political structure, functions and powers of the Dalai Lama and the people of Tibet would have independence over their ethnic region. The agreement was signed under Chinese pressure between the officials of both the countries and their counterparts which was ratified by the Buddhist spiritual leader 14th Dalai Lama.

Both the nations then had a different narrative with respect to the agreement. The Chinese defined the same as the Liberation of Tibet and the Central Tibetan administration defined the same as the Chinese invasion of Tibet. Post agreements, several atrocities committed by the People’s Republic of China, have eclipsed the relations between native Tibetans and the Chinese ruling political. Tibetans started opposing the government of the People’s Republic of China resulting in the departure of the spiritual leader Dalai Lama to India in 1959. Consequently, the Chinese authorities abolished the Tibetan government led by the Dalai Lama, and the Panchen Lama assumed leadership of the region.

On 23rd May 2021, on the 71st year of signing of the 17-point agreement between Beijing and Lhasa, China reiterated in a white paper that since the signing of the agreement in 1951 then, the Himalayan region has seen social and economic progress and development; there has always been political autonomy and religious freedom for the people of the region; and it is the malicious forces, supported by the Dalai Lama and some elements in the West, who have sought to disrupt Tibet’s progress. China emphasizes upon maintaining a strong hold on the region as it serves China’s strategic interests. Beijing also highlights to manage religion in the Chinese way and coerces the Tibetans to adapt to a socialist society.

In the Chinese context, Socialism is one of the main concepts of economic systems that require the means of production, distribution, and exchange be owned and regulated by the community as a whole which in practice is regulated by the government. One of its important aspects is that goods and services are produced on the basis of usage value.  All the economic approaches had to make adjustments to allow appropriate modifications. Therefore, the concept of ‘socialism with Chinese characteristics’ empowered the government massive philosophical leeway to run a society that is not socialist at all.

China’s leaders say its emergence as a superpower was fueled by socialism, to what they started calling socialism with Chinese characteristics. The first usage of the phrase came in 1982 by then President Deng Xiaoping.

China’s activities in Tibet over the last fifty years have generated an environment of terror that persists even today, this includes torture and incarceration for nonviolent protest and economic development plans that are discriminatory for Tibetans, jeopardising their distinct individuality. The PLA retained a significant presence in Tibet and military dominance by China, and projected to rise with the opening of the Qinghai-Tibet Railway in 2006.

Tibet’s human rights situation remains dire. Under Chinese rule, Tibetans are persecuted for preserving cultural identity and basic rights as they face massive restrictions on abilities to practise religion and travel. Most of the rights provided in the Universal Declaration of Human Rights (UDHR) are denied to the Tibetan people under Chinese rule. The Chinese government prohibits displays of support for the Dalai Lama. Although, China is a member to multiple international treaties such as convention on the Rights of Child (CRC), Convention against Torture (CAT), domestically it doesn’t count any obligations by international human rights standards in Tibet and the country itself. Being not only signatory to UDHR but also playing a crucial role in drafting the same, China has become an autocratic country operating under the diktats of the Chinese Communist Party (CCP) with no respect for rule of law. Many of the universal Human rights enshrined in the UDHR are also guaranteed in the Constitution of The People’s Republic of China that are non-existent in China. Along with the situation in Tibet, this can be evinced with the continuous operation of internment camps in Xinjiang. More than a million Muslims are being forcibly detained in “re-education camps” and thousands have been put behind bars since 2017. This decades-long crackdown by Chinese authorities is due to the concerns of holding extremist and separatist ideas to which they see as a threat to China’s territorial integrity and call as “toxicity of religious extremism”.

Tibet’s spiritual homeland has had a turbulent past which has always been a benefactor to China, as history has proven. Instead of exploiting Tibet, China would have benefited from a stronger priest-patron connection. The exiled spiritual leader is a non-violence proponent who negotiates solutions to the Tibet conflict and embraces the concept of Tibet’s true freedom and autonomy under Chinese rule.  If Tibet regains its independence, this connection can be repaired.

Tibet has been an autonomous and free nation for thousands of years, entirely in charge of its own affairs. Tibet’s sovereignty was never lost in legal terms; rather, it began as an independent state under unlawful occupation. Though the Seventeen-point agreement was signed under duress, China as a rising superpower and an important member to United Nations, needs to redress this historical faux to gain international legitimacy for its claim on Tibet. China has achieved all points mentioned in the said agreement only through intimidation and brutal occupation.

In the course of a long-lasting relationship between China and human rights violations, the present Chinese leaders face acute difficulty, whether to go with values that are consistent with their own development or to continue to defy, especially with respect to Tibet, the values they have stood up to, with the rest of the world. The solution to the Tibetan problem will only be addressed when it regards the universal values, against imperialism in accordance with self-rule and democracy. Its within China’s power to set solutions that are in interest with the long-term developments.