India’s Procurement of S400 & The Gamble of CAATSA 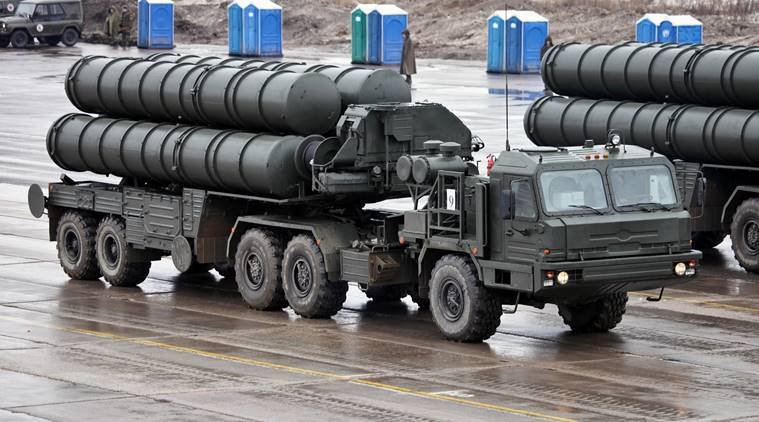 Russia has begun dispatching the very awaited S-400 missile defense system to India. While American allies like Turkey have had to deal with CAATSA sanctions with the S-400 purchase, the context of India falls in a different light altogether. Many political analysts are identifying India as a comprehensive American ally just like Turkey and thereby are expecting some level of sanctions post-purchase. But by no means is India to be seen in the Turkish context for three prominent reasons. Firstly, Turkey is a NATO ally, India is not. Secondly, India has a strategic partnership agreement with Russia; Turkey is not under any such stipulation. Thirdly, India has strategic importance in the American playbook vis-à-vis China, and Turkey has only a secondary reputation in NATO strategy.

Turkey being a NATO ally, is institutionally bound to adhere to American-led NATO regulations. The entire reasoning of NATO’s stature is to counter Russian presence in the region. By purchasing Russian weapons, Turkey is jeopardizing the entire weapons ecosystem maintained by the NATO members. Turkey has nationalistic ambitions under Erdogan’s ruling and wants to portray itself as a sovereign state capable of taking decisions independent of any multilateral conformities, such as NATO. India, on the other hand, has a bilateral relationship with the US. None of its strategic power plays stand any chance to weaken American hegemony in the world. Its ambitions are primarily defensive in nature and meant only for China and Pakistan, both of whom have an implicit anti-American stance in their respective domestic context. Whatever benefits India will tend to trickle down to American strategic advantages as well, an eventuality.

Secondly, India has been a traditional partner to that of Russia. To the point when American sided with Pakistan in the Indo – Pak 1971 war, Russia openly threatened it with nuclear consequences in case any advances were to be made. America required Pakistan’s assistance to wage itself into Afghanistan to repel Soviet advances, and it led India to sway away towards Soviet counter players. Since then, India has hugely been dependent on Russian weaponries, to the point that majority of its military ecosystem reflects Russian technological supremacy. While India has slowly transitioned out of Russian over hand towards the US and Israel, it does not want to purge Russia altogether. Turkey, on the other hand, has had American partnership for many decades. Erdogan’s ambition of becoming a leader of the Pan-Islamic world meant locking horns with the “bombers of Muslim nations,” i.e., the Americans. It has since then been a strategic woe to the Western front, such as in Iraq and Syria. It then also continues to pick on other American allies such as Saudi, Armenia, Greece, Israel, etc., and has become a tooth to pick on for the US. The purchase of S-400 by Turkey was called upon for predetermined legalistic implications, and CAATSA sanctions were brought upon it eventually.

Lastly, India has a vital part to play in long-term American strategy compared to Turkey, which hosts US military components for a threat that is not imminent for the time being. With the US administration, both Trump and Biden, identifying China as America’s number one foe, India takes up a center stage in US strategic outlay. Since Obama’s term itself, India began to reap the benefits of American acquaintances, such as favorable terms for India under Nuclear Supplier’s Group. A stronger India fits right onto US likings since India has no equivalent stature with China economically. Still, militarily it does, and the power balance between the both is gaining substantial equilibrium. The procurement of the S-400 missile defense system is one of the prominent reasons behind achieving that equilibrium. Galwan clashes between the two giants have awakened the notion that the Himalayas could be the front of the next major war. Obstructing India’s chances of any military advancements would only bring jubilant pompous in Beijing. That, in turn, could advance China’s confidence as a global military leader, reducing the power gap between US and China.

China is the elephant in the room, and Russia is not. Therefore, it brings India to the center stage of American diplomacy compared to Turkey. CAATSA sanctions on India will worsen America’s barely mended relationship with India and loosen its power-grip on China. After Hong Kong and the Taliban – Afghan debacle, the US is walking on a narrow line of diplomatic maneuver. A sanction waiver is short term sacrifice for a long-term benefit. China isn’t going anywhere anytime soon. Things, as they look, are only going to worsen from hereon. China’s failure on the domestic front in terms of economic slowing and pandemic fiasco has led for it to deploy a hyper-aggressive stance in the world. It cannot afford to look any weaker in its domestic parlays and the international world. A misadventure in the Himalayas is the exact distraction it would want, and CAATSA sanctions aren’t here to help anyone.