Making Sense of Bangladesh’s Investment on Megaprojects: Development or Delusion? 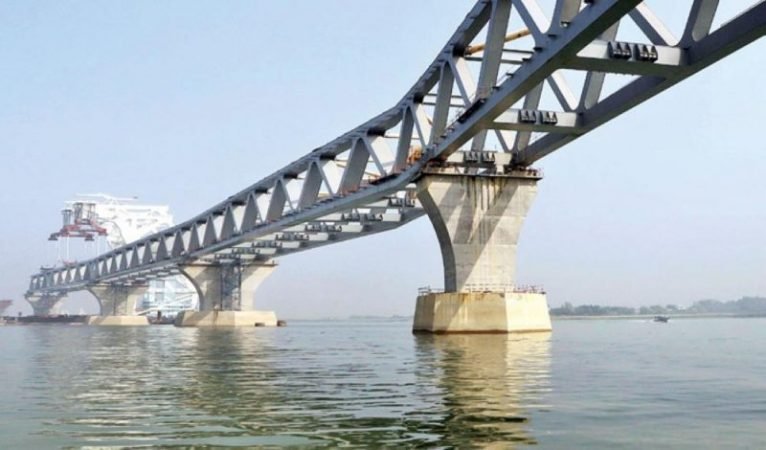 The history manifests that Megaprojects may become landmarks for a country by bringing transformational impact on the lives of the long-deprived people. Infrastructure-megaprojects are material drivers for accelerating the economic growth of developing countries especially while in transition to developed countries. As Bangladesh is on the highway to be graduated from LDCs, this leads the country to adopt the much-talked megaproject culture- a tendency to combine multiple projects into one megaproject. Though Bangladesh’s success story, especially in managing funds for “big-ticket megaprojects”, has been applauded worldwide, criticism arises on the prudency of these investment decisions. How wise are these investment decisions?

To materialize the vision-2041 of becoming a developed country, Bangladesh is giving big-push for timely implementation of its “flagship projects” since these are expected to raise the country’s GDP by 4% upon successful completion. Even amid economic fallout triggered by Covid-19, the construction of these megaprojects is going on in full swing to set the stage for economic take-off. The ongoing megaprojects are intended to make the country exceptionally rewarding in terms of economic margin and safe investment by upgrading existing physical infrastructure and creating an exemplary business environment.

The outlay of a big chunk of resources on long-awaited megaprojects results in the biggest investment boom in Bangladesh’s development history- showcasing economic rise and development records. These staggering projects are expected to transform the economic face of the country by opening new business horizons and acting as an economic development engine. For instance- the Padma bridge will connect 21 southern districts with the capital ensuring cheap and regular supply of raw materials needed for industrialization; the Matarbari port will boost cross-border trade through facilitating speedy port service and integrated connectivity.

These “multi-billion-dollar projects” are duly weighted to generate sustainable returns from the land of Bangladesh. Government’s effort to mobilize the investors and donors, to ensure “hefty investment” for its megaprojects, created a big financial space for hard infrastructure development. The country is trying to utilize megaprojects as a lever to turn it into lucrative investment destinations by offering tangible benefits e.g., logistics support, and non-tangible benefits e.g., competitive environment.

These signature projects, if properly managed, will successfully address Bangladesh’s infrastructure deficiencies, transport crises, and power shortages in a sustainable manner. But the “iron law of megaprojects- over budget, over time, over and over again” created the “megaprojects paradox”– giving birth to two opposite schools of thought regarding their impact on the community. One school criticizes megaprojects questioning financial viability and complaining about cost overrun, environmental degradation, and overburdening external debt. While another school justifies megaprojects stating that government usually conducts extensive “cost-benefit analysis” before reigniting any giant-project and cancels any project if it is not economically viable or environmentally sustainable e.g., scrapping plan of Sonadia deep sea-port.

Investing in megaprojects to stimulate economic development has been one of the most popular policy instruments since the 1930’s great depression. Even the “Sustainable Development Goals Framework” emphasized spending about $57 trillion on infrastructure by 2030 to ensure desired global GDP growth. Bangladesh envisaged implementing “large-infrastructure megaprojects”, even before “Agenda 2030” was adopted, to make the country “investment hotspot” of South Asia. “East Asian Tigers”, in their early days of development, invested heavily in “ground-breaking megaprojects” to deliver economic and social goods to the masses. To give momentum to the economy and change the course of national progress, Bangladesh is following in the footsteps of “The Asian Story of Grand Success”– a miracle of economic transformation. Bangladesh may also take lessons from the Gyeongbu Expressway of South Korea to generate optimum output from megaprojects.

These “high-yielding projects” will act as an economic game-changer, through revenue generation for maintenance and capital accumulation for future funding, to take the growth rate to two-digit miracle number. These ‘trait making’ not ‘trait taking’ projects will change the social structure and landscape by exploiting “economies of scale”. The gravest challenge is to address cost escalation due to snail’s progress, redress red-tapism to avoid a “debilitating effect” on implementation, and prevent fund embezzlement to make sure that these initiatives do not turn into “leaky buckets”. These projects may go off the rails due to overcomplexity, overoptimism, and poor execution that also needs to be addressed.

The megaproject is not the panacea to all the infrastructural deficiencies, rather one of the best available alternatives. It is the responsibility of the government to confirm that the “cost underestimation and benefit overestimation” tendency is avoided while planning. Megaproject promoters, while promoting their pet projects, should be handled carefully since they may create a distorted hall-of-mirrors making the situation extremely perplexing to decide which projects deserve undertaking and which not. It is the best project that should be implemented, not the one that looks best on paper. These epoch-making initiatives of Bangladesh, taken to date so far, is just the beginning of a journey; a journey that can shed more light on the path towards more prosperity.

Kazi Mohammad Jamshed, a strategic affair and foreign policy analyst, working as an Assistant Professor at department of International Business, University of Dhaka. He can be reached at kazi.duib@gmail.com