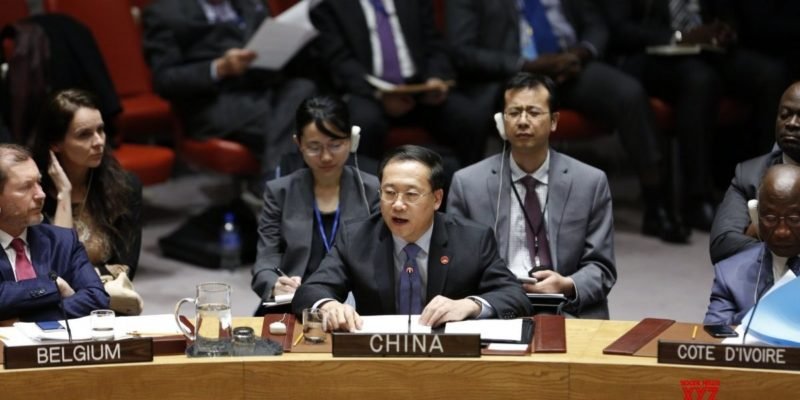 The credibility of UN Organizations?

The pandemic has also exposed the Chinese influence in global bodies claiming to be neutral and serving for humanity. WHO knew about the outbreak of coronavirus in January 2020 and declared it as pandemic only on March 11, 2020, losing precious time for the world to respond, presumably under pressure from China?  In an interview on the question of helping Taiwan, the WHO officer fumbled and did not reply, under the pressure of ‘One China Policy’. How can WHO claim to serve humanity leaving out Taiwanese population? In recent G20 virtual Summit chaired by Saudi Arabia, the group has been too generous to WHO in agreeing to extend support to strengthen its mandate in the fight against pandemic including the delivery of diagnostic tools, treatments, medical supplies and vaccines, because their services are urgently needed at this juncture, but it needs to be held accountable once the crisis is over.

United Nation Security Council (UNSC) has not found it relevant to discuss it and even have virtual consultation on this pandemic, because China is a P5 country, chairs UNSC for March 2020 and the monthly Chair decides the agenda. It never felt the need to investigate when Wuhan was under lockdown and writings of the potential pandemic were on the wall even earlier. UNSC certainly requires restructuring because in the current system China or any P5 country in its place, with its veto power can get away easily, even after putting humanity to risk. The suspicion over COVID-19 being a product of Chinese biological weapon research in Wuhan could have been settled if China would have allowed investigation by world bodies. It is too late to put the trust back now, after accusations of China having destroyed the evidence and continuing to change the narrative besides other diversionary tactics.

Will it lead to Changed World Order?

Thinking positively, even if the world is able to fight this pandemic successfully, the global strategic equation will never remain the same. Coronavirus pandemic has exposed weaknesses of China, US and world organizations to humanity. While China can be accused of lack of transparency in handling the COVID-19 initially, the US can be accused of taking it lightly and reacting late enough, not to be able to help countries, which do not have requisite capacities to fight it. The idea of putting national interest over the survival of humanity, and appearing to be inward-looking, will lower the confidence of the world community in the US as well as China. The western countries led by the US have been used to fighting the strategic competition by controlling trade and financial system as well as the power of alliance, but unpredictable events like this pandemic, climate change, elements of non-contact warfare can change the entire equation. The US may also realize that it was a mistake to propagate China as a global manufacturing hub, and it now faces a grave challenge from this manufacturing giant with key digital technologies. China can also not be on comfortable ground, because the autocratic model cannot work for eternity, as the magnitude of external and internal dissent/public anger cannot be estimated now. While China may feel to be recovering and compliment itself to have fought it better than democratic countries, but the success of South Korea, Taiwan, Japan, Singapore and Hong Kong nullifies that claim. It also remains to be seen in future that China has pushed many countries against itself or otherwise. The world will also realize its mistake of putting all eggs in Chinese basket and hopefully, a reverse flow may occur post-pandemic.  The credibility of the UN is at stake, which is increasingly been seen as a political tool of P5. In my opinion, unless it undergoes a drastic reformation, especially the UNSC, there will be many countries ignoring its relevance and resolutions. With a threat of the second cycle of COVID-19, no one can be sure that who is better placed in the future strategic equation.

What is the role of India?

India has the second-largest population in the world next to China, which claims to have got over its peak period of a pandemic. Indian efforts have been appreciated so far. WHO and the global community feels that densely populated countries like India will determine “the future of this pandemic”? The latest epicentres are the US and Europe, yet the world is anxious about Indian fight against COVID-19, because of extremely high population density, possible administrative difficulties in tackling the pandemic and logistics attached with the lockdown. India, as a developing country, besides combating pandemic, faces a bigger challenge feeding, administering, managing the migrating population, implementing social distancing and healthcare for a large number of people including unorganized sector workers, in view of its limited infrastructure. While there is no need to panic with over 1250 cases identified and 32 deaths so far, but its capacity to isolate communities is the biggest challenge in the world, which cannot be combatted without public participation. The low figures of reported cases so far, are subject to testing rate and India is yet to improve its recovery cases which are relatively low (Below 10% against the global average of 20%). The death rate is low so far, but the main challenge lies ahead, as the curve has not flattened as yet. India needs to ensure not to enter into community spread (next stage) of COVID19 outbreak. Indians need to follow all instructions from the Government and health specialists to ensure that it remains low. Although a lot is being done by the government and other agencies, the public and private sectors have to jointly boost its handling capacity in the golden period of two weeks, otherwise, speed of infection will overtake speed of capacity building of the country to handle it. Each person has to play his/her role, as COVID-19 cannot be combated without people’s participation.