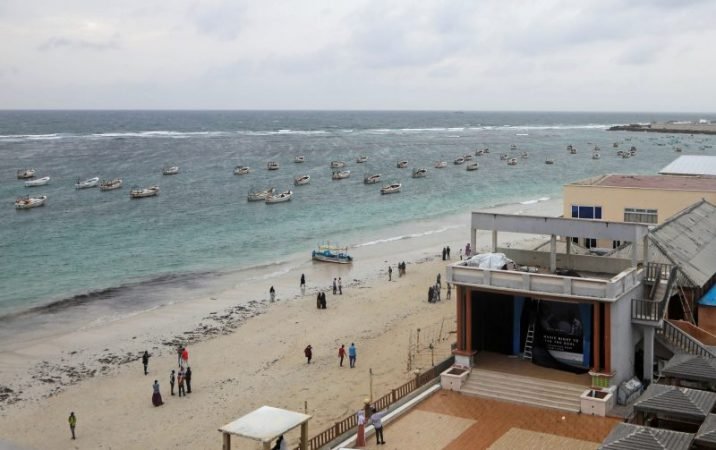 The International Court of Justice (ICJ) delivered its judgement in a case filed by Somalia against Kenya over disputed areas of the Indian Ocean which are known to be rich in oil and gas on the 12th of October. At 1300 GMT, a complete bench of 15 judges led by US Judge Joan Donoghue delivered the judgement at the Peace Palace in The Hague. The decision comes after Nairobi said last week that it had withdrawn recognition of the court’s jurisdiction.

Mogadishu filed the complaint at the United Nations’ top court for inter-state conflicts in 2014. And only a court decision could determine who has the right to exploit oil and gas in the deep waters off East Africa’s coast. The case before the International Court of Justice, often known as the World Court, is a maritime border dispute involving more than 100,000 square kilometres (almost 40,000 square miles) of sea bottom claimed by both countries.

Somalia asserts that the boundary should follow the orientation of its land border, i.e., to the southeast. Kenya, on the other hand, claims that its border extends in a straightline east, giving it a large triangular share of the sea.

Nairobi has claimed sovereignty over the area since 1979 when it declared the boundaries of its exclusive economic zone (EEZ), a marine boundary-stretching up to 200 nautical miles offshore where a state has the right to exploit resources. The Italian energy firm ENI has already been awarded exploration permission by Nairobi, but Somalia is protesting the decision.

Kenya unsuccessfully argued that the court lacked jurisdiction over the matter, and Nairobi notified the UN secretary-general just over two weeks ago that it was withdrawing its 1965 proclamation adopting the ICJ’s compulsory jurisdiction. “The pronouncement of the judgement would be the culmination of a defective judicial procedure that Kenya has expressed doubts about and withdrawn from,” Kenya’s foreign ministry stated last week. The court was accused of “obvious and inherent bias” in resolving the case. “Kenya, as a sovereign nation, will no longer be subjected to an international court or tribunal without its express agreement,” he added.

In 2009, Somalia and Kenya decided to settle their dispute through bilateral talks. In 2014, two meetings were held, but no progress was made. A third-round that same year was cancelled after the Kenyan delegation failed to appear without informing their counterparts, citing security concerns. Somalia then petitioned the International Court of Justice (ICJ) in 2014, claiming that diplomatic efforts to resolve the dispute had failed.

The ruling, however, may intensify diplomatic tensions between the two countries, as Kenya recalled its ambassador in Mogadishu in 2019 after accusing Somalia of selling off oil and gas blocks in the contested area. Nairobi condemned the action as an “unparalleled disrespect and illegitimate takeover” of its resources. It was a sharp reminder to Somalia of Kenya’s sacrifices in the fight against Al-Shabaab extremists. Kenya is a major supplier of troops to AMISOM, an African Union military operation against Al-Qaeda-linked insurgents in Somalia.

Meanwhile, Somalia banned the import of khat, a popular mild psychoactive herb, from Kenya in March of last year. Somalia said the embargo was imposed to stem the spread of the coronavirus, although khat imports from Ethiopia were not halted. Furthermore, Somalia cut ties with Kenya in December 2020 when Kenya hosted the leadership of Somaliland, a breakaway entity that Somalia does not recognise.

However, when Somali Prime Minister Mohamed Hussein Roble met Kenyan President Uhuru Kenyatta in August 2021, the two countries agreed to re-establish relations. Nonetheless, the court’s ruling has the potential to have far-reaching implications for bilateral ties and access to natural resources in the hydrocarbon-rich region.