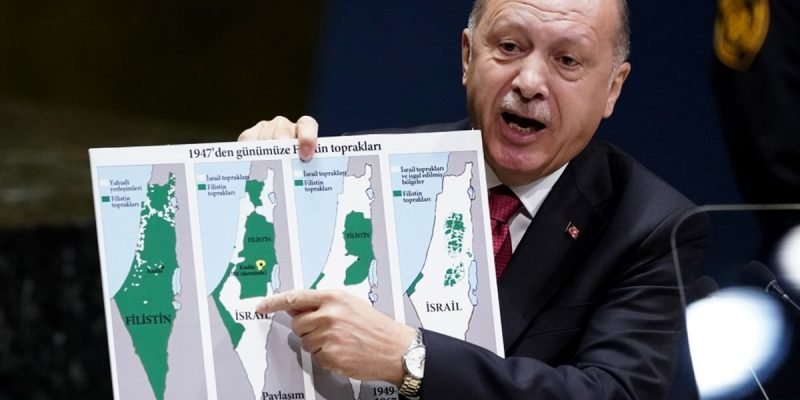 Turkey has been the talk of the town with its ongoing battle with Cyprus and Greece over competing efforts to drill for gas. The country has attracted a lot of attention from the media and its own people in, recently. Basking on its glory of successful negotiation with Syria and Iraq, It is enabling the ways through which conflicts can be reduced. Giving effect to visa-free travel, upscaling the trade, integration of infrastructure are all seen as clear demonstration of establishing strategic relationships by engaging on these multilateral regional forums. Advocates of this new approach is to hold a view that Turkey is shifting from its traditional allies in Europe and the United States. Turkey’s muscle-flexing worries many in the region. Turkey is expanding its footprint across the Arab world, using force more than diplomacy. Its military spending has increased by nearly half since 2017.

By now, the wars in Syria and Libya can be seen as two manifestations of a larger one. The UN-recognized government in Tripoli is routing the forces of Khalifa Haftar from the capital with Turkish support after Turkey suffered defeats at the hands of the Russian-backed Syrian army. As Assad appears as safe as ever, Russia is rising the recruitment of Syrian mercenaries in Libya for war. A series of coalitions has solidified, and the fortunes of war in both Libya and Syria are beginning to appear to be strongly related by Russia’s broader rivalry with Turkey. Most notably, this rivalry may be symbolic of how international competition in the Middle East will play out in the future with diminishing American hegemony, and how it is being followed regionally. It wouldn’t be too surprising to witness that the political future of these failed states, Libya and Syria will not be decided by Damascus or Tripoli but will find its destiny written by the power politics between Russia and Turkey, each side further having their own geopolitical alliances. Geopolitical imperatives fractured international strategic coalitions, initially making an international response to Libya much more violent than Syria. Now a new collection of coalitions have crystallised across the geographical boundaries that divide the disputes between Libya and Syria and remain coherent. Turkey was transporting Syrian mercenaries against Haftar’s offensive to assist the internationally recognised government in Tripoli and vice-versa. Of course, there are other players involved in this dispute. In favour of Haftar, Egypt and the UAE spent various resources in Libya. Egypt has also suggested a peace plan for Libya itself. Iranian support in Syria has resurrected the Assad government, almost as much if not more so than Russia. These players are big shots and maintain their status-quo in the region. The difference is that Russia and Turkey have political resources, which they have gained on all sides; they are equally indispensable in any serious diplomatic phase and seek constructive ends rather than overt partisanship.

Syria and Libya are the first signs of a new international conflict, which has just had the chance to emerge in the aftermath of American retrenchment. To a large extent, the two wars have fused into one greater global battle, with significant and increasing strategic and human ties that have outgrown every aspect in terms of security, seen in both countries over the past decade of war. Although there are many major regional rivalries, the Turkish-Russian rivalry is novel because it is oblivious to and unaffected by American influence, and therefore the most predictive of what the future could bring. To say the truth, the future looks sombre. All these characteristics suggest that this rivalry is geostrategic rather than ideological, in the first place. The Middle East remains disproportionately influenced by major powers, and it is not seen to be changing in the near future. Level of competition it engenders and the distribution of support it enjoys are changing factors in the region and has significantly shifted over the decade and active involvement of the land of the cradle of civilization, Turkey, is to be blamed for this. Would greater participation of Turkey in middle-eastern affairs disrupt the power politics? It’s certain that the balance of power and the Arab world that is easily susceptible to changes will see a paradigm shift in power politics. How so and to what extent? Only time could tell.