The Politics of Vaccines in a Global Pandemic 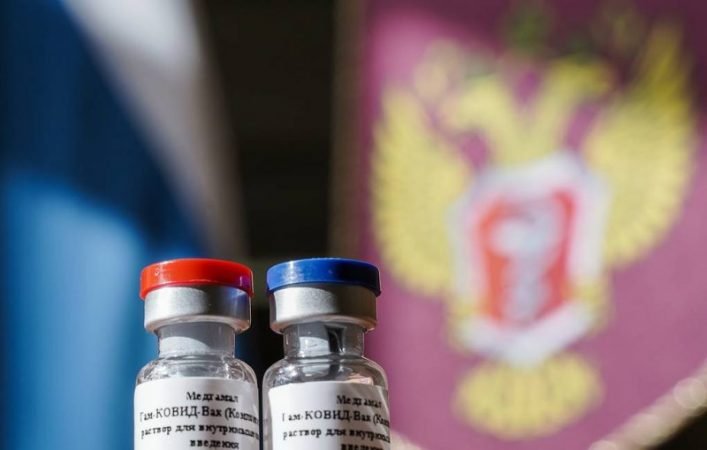 The Coronavirus pandemic, which has claimed approximately 890,000 lives globally, is probably the biggest challenge that mankind has had to face in the 21st century. Our poor understanding of this outbreak has not only led to a severe health crisis but has also shaken the foundations of the global economy as strict restrictions on movement were imposed by many nations. A whole host of countries and pharmaceutical companies have joined the rat-race to develop what is arguably going to be the most valuable resource in the coming months, a vaccine. Hence unsurprisingly, we find that politics and manipulation have entered the picture.

The development of a vaccine is a long and tedious process and on average can take up to 10 years. However, during this pandemic, we find this process significantly hastened, with many researchers and experts estimating that a vaccine might be available by the end of this year.  Ideally, a vaccine has to pass through five critical stages before it can be made available to the market. The process begins with Pre-clinical tests in a laboratory where the vaccine is tested on cells or animals. Following this, the vaccine goes through three phases of trials on sample groups, which increase in size with each subsequent phase. These phases are interspersed with periods of observation and study to ensure that the vaccine is safe and efficient in the long run. Finally, the vaccine is then sent to the national regulatory authority of the country in which it was developed, where it gets approved to be released to the public. The truth is that most vaccines fail and never get approved. The failure rate of vaccine development is as high as 93%, which goes on to show why scientists all over the globe are still perplexed about this novel virus as they try and figure out its complex features.

As of this moment, there are 175 vaccines in the development of which 33 have reached the stage of being trialled on humans. Out of these, 6 are in advanced stages and are the forerunners in the quest to develop a successful vaccine. These vaccines are those being developed by China (Sinovac), India (Covaxin), Russia (Sputnik-V), Oxford University-AstraZeneca, Moderna, and Pfizer-BioNTech. All of these vaccines are either currently in the second phase of clinical trials or have progressed beyond that stage.

The Russian Sputnik-V vaccine has already been licensed for local use and the first batch of this vaccine has been released for civil use. Even though the vaccine has shown an immune response with no side effects, there are serious concerns regarding it. Experts say the trials, two of which were conducted between June and July, were too small to prove effectiveness and safety. Enrico Bucci, a biology professor at Temple University in the U.S., has published an open letter highlighting the concerns regarding a seeming duplication in the data of the published research on Sputnik-V. Many feel that vaccine development is cutting corners and not being tested meticulously in order to propel a political agenda.

We see similar concerns in the United States of America as well. US President Donald Trump has said he wants a vaccine available in the US before 3 November’s election, a comment which has led many to speculate whether rigorous scientific research is guiding the vaccine development programs or are they being driven by the desire to gain political credibility.

Recently at the Ambrosetti Cernobbio, 2020 Forum on “The World after the COVID-19 pandemic”, Foreign Affairs Minister S. Jaishankar highlighted India’s growing medical and pharmaceutical capabilities, even though the number of cases and deaths in India continue to rise. India’s Covaxin vaccine has passed phase two trials, is gearing up for phase three trials and is showing promising results till now. Pune-based Serum Institute of India (SII) will be manufacturing the vaccine developed by Oxford University-AstraZeneca. Thus, it would not be wrong to assume that India will be playing a major role in the production and distribution of vaccines in the world.

The manufacturing and distribution of the potential vaccine is the biggest problem that the world is going to face. The bigger powers with higher spending capacities will be able to acquire more doses of the said vaccine and it is feared that the poorer countries, who are harder hit by the virus, will suffer as a consequence of lack of sufficient funds. Highlighting its motto, “No one is safe, till everyone is safe” the World Health Organisation (WHO) has come up with a plan called COVAX to ensure equitable access to a vaccine for all countries regardless of purchasing power. This is part of its larger response plan to the global pandemic. This plan has emerged as a responsible solution to a global issue and many countries have already become part of it. India is also in talks to join this plan. The U.S government has refused to join it, a move which many critics have described as disappointing.

The need of the hour is to ensure that the force driving the development of a vaccine is true scientific rigour and not political propaganda. It is also essential that the countries of the world must come together to collaborate and fight this pandemic as responsible actors, contributing in whichever way they can. As the WHO has repeatedly stated, “No one is safe, till everyone is safe” thus ensuring equitable access should be the top priority in such a crisis.