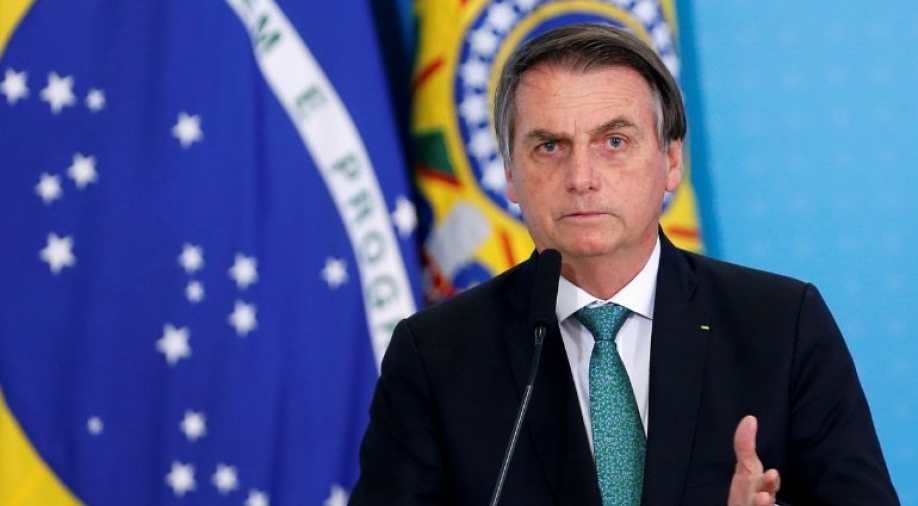 Opposition lawmakers in Brazil launched a fresh bid Wednesday to impeach President Jair Bolsonaro as more allegations broke of corruption in acquiring coronavirus vaccines to tackle a pandemic he is accused of having criminally mishandled.

A document signed by dozens of leftwing political parties, trade unions and civic organizations, as well as a few former allies, was submitted to the chamber of deputies.

It listed more than 20 accusations against Bolsonaro, including “negligence” in heading the response to Covid-19 that has killed over 500,000 in Brazil.

The document gathered more than a hundred earlier impeachment filings into one “super request” for Bolsonaro to be relieved of his post, its authors said.

For two months, a senate commission investigating the government’s handling of the pandemic has heard a parade of witnesses testifying how the far-right leader and his government blatantly flouted expert advice on containing the virus.

Bolsonaro minimized the virus as a “little flu,” fought lockdowns, questioned face masks and rejected various offers of vaccines, meanwhile pushing unproven drugs such as chloroquine and urging Brazilians to get back to work.

All previous impeachment filings against Bolsonaro have been blocked by the president of the chamber of deputies, Arthur Lira, a key ally.

Observers say it is unlikely Lira will change course now, and even if he did, Bolsonaro’s conservative backers in parliament would save him.

Earlier Wednesday, a senior official in Brazil’s health ministry resigned after a newspaper published yet more allegations of vaccine fraud.

The Folha de S. Paulo daily reported that Roberto Dias, the ministry’s logistics director, had sought a bribe from a company said to be negotiating the sale of 400 million doses of AstraZeneca vaccine to Brazil.

A company representative claimed he had met Dias in a restaurant in a shopping center in Brasilia in February, where the request was made for payment of a dollar per dose purchased.

Dias stepped down after the allegations emerged, the health ministry said.

AstraZeneca, for its part, said in a statement it does not use intermediaries to sell vaccines to governments.

Last week, Brazil’s senate heard accusations that a deal to purchase another vaccine, Indian-made Covaxin, was a front to embezzle millions of dollars, that a Bolsonaro ally masterminded the plan, and that the president knew all about it.

A health ministry official testified that his superiors had exerted “atypical, excessive” pressure on him to approve payment for the deal he suspected was over-billed.

The official and his brother Luis Miranda, a congressman close to Bolsonaro, said they took the matter to the president, but he took no action.

However, Prosecutor General Augusto Aras, an ally of the president, would have to bring charges for the matter to go ahead.

Anti-Bolsonaro protests are planned in Brasilia this week.