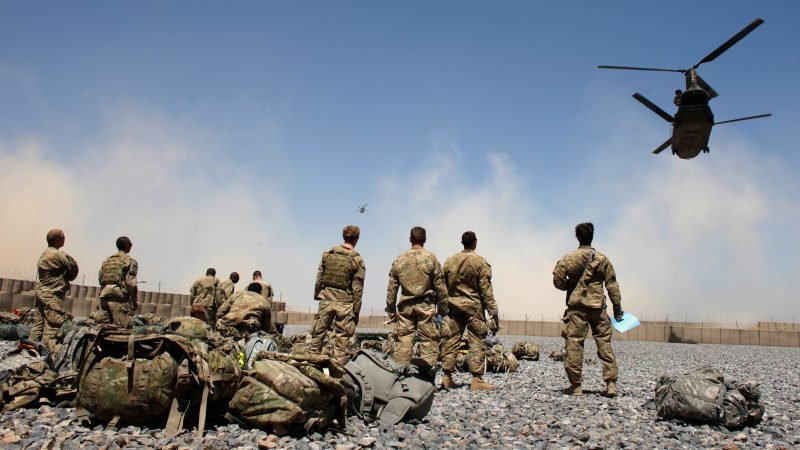 Ever since the quest to control Afghanistan began almost two centuries ago, the country has effectively stripped Britain, USSR and off late The United States Of America of the myth of invincibility. The Brits had to leave in disgrace, Soviets with their heads down and now The United States is mulling the idea of pulling out Trump’s presidency widely known for its mishandling of the Covid-19 pandemic and cosying up to dictators and authoritarians across the globe somehow managed to solve or came close to making this exit-an honourable one.

Signed after months of negotiation between the Taliban and The United States in Doha, the Afghan Deal was considered as the final moment of truth for Americans who came just short of accepting that despite spending billions of dollars and with countless lives lost, they lost the war. The cessation of hostilities between NATO and Taliban, the prison swap arrangement and the Taliban pledged to prevent al-Qaeda from operating in areas under Taliban control were certainly high points of the deal. Notwithstanding the issues of non-involvement of NUG (National Unity Government) in Kabul and the moral low point of negotiating with a ‘terrorist’ organization, the deal was fairly appreciated as a genuine attempt to end the almost two-decade-old conflict.

The change of guard in Washington in favour of Joseph Robinette Biden, an avowed anti-war politician who went on record to criticise his own president’s intent to ramp up troops in Afghanistan in 2009, while he being the Vice President rose the expectations vis a vis continuation of the deal. As of May 1( the deadline of withdrawal of troops as per the deal) fast approaches, the inaction on part of Joe Biden administration exhibits a state of confusion. The lack of clear messaging on part of the administration as to what happens to the peace deal compounds to the lack of interest shown on other major foreign policy decisions taken by former President Trump. The JCPOA (Joint Comprehensive Plan Of Action),or the Iran nuclear deal signed between the permanent five members of the United Nations Security Council and Germany restricting Iran nuclear arsenal also faces a similar fate. However, Afghanistan is a different ball game.

According to the US Department of Defense, the total military expenditure in Afghanistan (from October 2001 until September 2019) was $778bn. In addition, the US State Department – along with the US Agency for International Development (USAID) and other government agencies – spent $44bn on reconstruction projects. The total amounts to a whopping $832 billion. Not to forget the loss of lives-Some some 2,300 American service members have died in Afghanistan since the war began in Oct. 2001. The situation on the ground sadly hasn’t changed much, the Taliban still controls a major chunk of Afghanistan land, the government in Kabul is fragile and the society is impoverished, war-torn and unhappy.

To his credit, Donald Trump’s anti-war rhetoric resonating among common Americans owes its existence to the apt realization that war in Afghanistan has bled the US dry making space for Beijing to catch up economically. Joe Biden’s act of kicking the can further down the road isn’t going to help anyone. The continuous war in Afghanistan to many experts is a protracted exercise by the powerful lobby in US Congress which seeks relevance. The recent report from the congressionally mandated Afghanistan Study Group, co-directed by former Sen. Kelly Ayotte, former Joint Chiefs of Staff Chairman Joseph Dunford, and Nancy Lindborg, the former president of the U.S. Institute of Peace colloquially advise President  Biden to extend the May 1 deadline and maintain a U.S. military presence and economic support package until U.S. objectives are met. The objectives being a peaceful democratic and liberal Afghanistan which shall not harbour a terrorist or provide safe havens to the illicit drug trade and human trafficking.

Despite spending almost two decades with at one time sanctioned strength of more than 50000 soldiers, if the united states couldn’t achieve the above objective, then what can a minimal force of more than 2000 troops do in the face of inarguably the most ably managed terrorist organization on earth!

Besides in the wake of a changing global order where Beijing leaves no stones unturned to challenge the hegemony of The United States, it is imperative for Washington to avoid further entanglement in areas where there is an understanding it cannot win. The loss of critical resources being fed into an unending war is both unnecessary and irrational for a declining hegemon in face of a challenge from a revanchist power. The ‘spread of democracy’ dictum degenerating into a proliferating NGO industry inimical to the Afghan society further strengthens the Taliban hold rather than weakening it. Therefore Afghanistan presents a double whammy for The US which is losing the war both logistically and ideologically

Washington’s disenchantment and war fatigue have also involved other players clamouring for the prize of relevance. Beijing’s alacrity coupled with Kremlin’s sagacity if left unchecked could spell doom for although little but substantial gains that Washington has made in the Islamic republic.

To count on them, Washington needs to walk away and let the people of Afghanistan understand and decide their own future. The enchantment of the Taliban to rule Afghanistan in consonance with international recognition would bring stability in the region along with capitalizing on the United States’ lost glory as the universal peacemaker. Besides Joe Biden is the best hope for this war to end, with a democratic controlled both chambers of congress and his intent to be the healer in chief, he could successfully pull out of Afghanistan for which there is huge support on both sides of the aisle.

A self-proclaimed moderate willing to walk the extra mile can find it easy to resist the temptation of a powerful lobby that seeks completion of an unfinished agenda in an unending war. President Biden experience also comes in handy to devoid him of any doubts of this war reaching a different conclusion than it already has. To say the least, Biden is this war’s best hope to get concluded.

If somehow this doesn’t materialize, it would make Afghanistan after being Bush’s, Obama’s and Trump’s, a Joe Biden war which would not only spell doom for the Islamic republic, it could also strip America of its hegemony and its stature. Afghanistan remains the mythical conundrum where fools rush in, the United States could at least salvage a respectful exit. Procrastination just like anywhere in life will not help here, it’s time to close this chapter and bid Adieu to Afghanistan for good.