The ‘1996’ Agreement and The India – China fallout 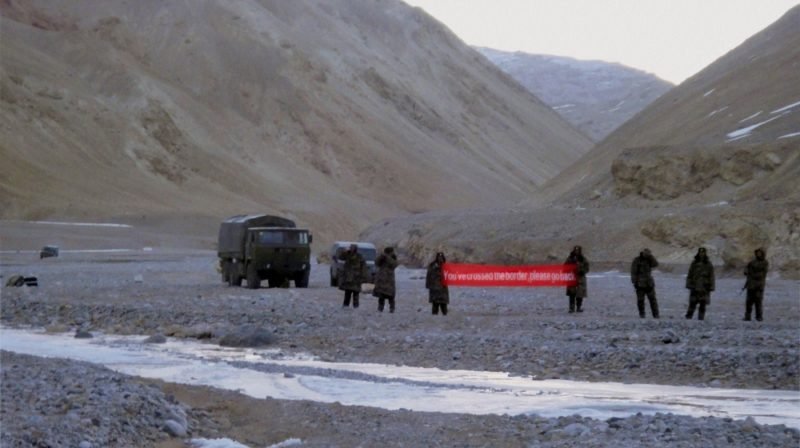 The Darbuk Shayok-Daulat Beg Oldie Road – a strategic all-weather road in eastern Ladakh in India, led to enormous allegations and accusations between India and China. On May 5th, 2020, Indian and Chinese militaries broke out into a violent clash in the Pangong lake areas, and both sides deployed 10,000 soldiers and heavy weapons. The proximity of this road to the Line of Actual Control (LAC) was the underlying cause of tension between the two countries. Last year, the border standoff along the LAC witnessed severe distortions in the bilateral relations, garnering international relations. The 10th round of military discussion took place two days after the militaries concluded the withdrawal of troops and weapons from the North and South Banks of the Pangong Tsao Lake. Upon the successful disengagement, both the countries planned to carry out the 11th round of Corps Commander talks. The 11th Round of Corps Commander Talks took place after a gap of 2 months on the 9th of April to discuss the outstanding problems with the People’s Liberation Army at Gorga, Hot Spring, and Deprang plains in Chushul, Ladakh.

Army Chief General MM Naravane said the threat to India has only “abated” following the disengagement in the Pangong lake areas, but it has not gone away altogether.

Even after 3 days, there has been no official press release regarding the 11th round of military talk, which indicates that the latest meeting did not result in an agreement of a complete disengagement in other areas as expected. It seems there have been a few dissatisfactions and concerns about the slow developments.

The broiling conflict between India and China can cause a sense of escalation which can prove destructive as both countries are nuclear power countries. The military standoff has already caused a lot of political tension between the countries’ leaders, and these tensions might lead to certain fallouts and affect both countries negatively.

Hence, it is imperative for both the nuclear power countries to resolve the tensions between them. The solution should be that it brings a state of repose and stillness along the border and provides growth and development opportunity. Since both countries agree that it is important for them to hold these mutual discussions to come to a solution, India is also demanding restoration of status quo ante, bringing the situation back to how it was before the conflict.

Even after a solution is reached, both countries may continue to exist in a prolonged period of armed coexistence. To stop this, both countries need to return to the ‘1992’ agreement and improve upon the idea of ties at the Line of Actual Control (LAC). The possibilities of growth and development are merely based upon the lessons learned from the current crisis.

The two countries are on the verge, and from here, there will be either a state of prolonged rivalry between the partners or a state of cooperation and coexistence.