Role and Significance of India as an Asian Power 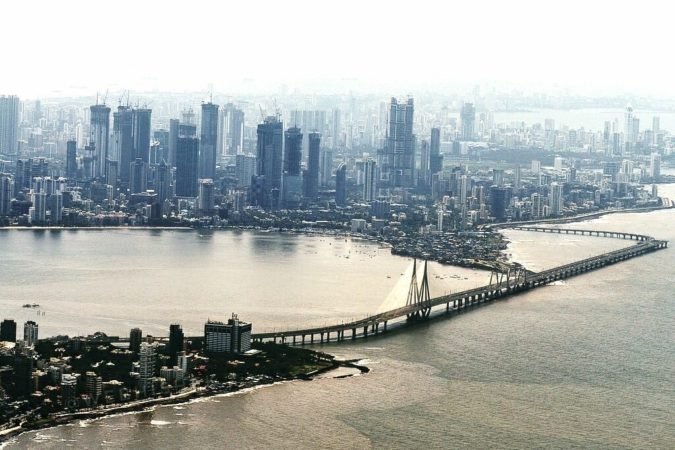 The current era of post-cold war international order saw various characterisations: unipolar, multipolar and now non-polar. The call for new world order proclamation about the end of history and warning about the imminent clash of civilizations had attempted to describe the international scene during the 1990s. In shifting, contemporary situation it is being summed up by predicting that the United States unipolar moment, is over, and international relations in the twenty-first century would be defined by non-polarity. Power would be dispersed rather than concentrated, and the influence of the nation-states would decline as that of non-state actors increase. The world would be dominated not by one or two or even several states but rather by dozens of actors possessing and exercising various kinds of power. In contrast to multipolarity that involves several distinct poles or concentrations of power–a nonpolar international system is characterised by numerous centres with meaningful power.

Dilemmas of the changing world

In this context, many consider the resistance to the studied indifference, the turning away from, and denigration of theory–as the most serious inhibiting factor to the development of international relations scholarship in India. Apart from economic considerations, the demise of the Soviet Union presented a predicament to India. Outside the Communist bloc, the shock was greater for it because the 1971 treaty had become redundant. India’s situation could be understood from the fact that in October 1996 it lost to Japan by 142 to 40 in an election for the non-permanent seat in UN Security Council. Earlier during the heydays of non-alignment, it had served UNSC five times between 1967 and 1992. Forgetting third world or non-aligned solidarity most of the developing nations also toed the US line.

India desired to be recognised in stature on the same plinth with G-7 states and China. Earlier in the direction of attaining its rightful place among world’s major powers began after the National Democratic Alliance government came in 1998 which conducted nuclear tests. India’s adaptation to the post – cold war world was focused on relations with the USA. The subtle policy shift came into open when Atal Bihari Vajpayee announced in his UN General Assembly speech that India and the USA were ‘natural allies. Though faced with sanctions, it soon entered into strategic talks with the US administration, Union Minister Jaswant Singh and US Deputy Secretary of State Strobe Talbott had twelve rounds of discussions doing the groundwork for the betterment of Indo-US relations. The shift from estranged to engaged democracy, natural allies and strategic partners was described as transformation.

The relative position of India

The fastest-growing region in the world today is Asia and not Europe or America. The rate of growth of Asia over the last 20 to 25 years has been between 7 to 10 per cent whereas Europe is growing at the rate of about 2 to 2.5 per cent, the United States at about 3 to 4 per cent, and Japan is not growing at all. So the economic power balance is decidedly shifting towards Asia from Europe and America and the twenty-first century is being rightly described as the Asian century. There are tremendous opportunities to redirect our foreign trade to take advantage of this new situation. As a matter of fact, expanding linkages are already being developed between our economy and other dynamic economies of Asia. Market-driven linkages are being established between India on the one hand and Korea, China, Malaysia and Thailand on the other. The rate of growth of our exports to China has been in the range of 25 to 30 per cent, to Korea, ASEAN and Japan have taken together by 23 percent. With these rates of growth of the economy as well as of exports that have continued over the last 20 years, it seems, Asia is going to be the real power centre of the world. And this poses a very big challenge to India’s foreign policy.

A major challenge is how to turn the de facto linkages that are taking place with other dynamic economies of Asia, into de jure linkages or how to give a formal shape to de facto linkages that are taking place. The obvious way to give a formal shape is by concluding free trade agreements and comprehensive economic cooperation agreements with these Asian countries. Today, we have concluded or are in the process of concluding agreements with about a dozen countries of Asia. The second thing that we are doing is to nudge these Asian countries to move towards a pan Asian economic grouping. There has been a pan–African movement, a pan–Latin American movement and a pan–European movement. But there has been no pan–Asian movement.

In this background now we are on the verge of a second wave of regionalism. And this regionalism is very much driven by the same forces which are behind the rise of globalisation. This regionalism is competition driven. In order to face competition, countries or groups thereof are seeking larger markets in order to benefit from economies of scale and are pooling resources to be able to invest in science and technology. There is thus a trend towards countries signing bilateral free trade agreements (FTAs) joining or concluding FTAs with existing regional groupings or establishing new groupings. One of the challenges for India’s foreign policy is how to place itself in this rise of new regionalism: which country to join; with which countries to sign free trade agreements, with which country avoid signing such an agreement. India cannot remain untouched by this second wave of regionalism because today 70 per cent of world trade is conducted within the framework of free trade agreements and only 30 per cent, according to the rules of the multilateral trading system.

In the post-cold war period the Premiership of Atal Bihari Vajpayee and thereafter, India is gaining increasing recognition from ASEAN, catching the attention of western sponsored alliances–G-4, G-8. Significantly, India, a hub of Asian power, has been pursuing policies to strengthen the spirit and ideology of SAARC due to the challenges of Asian security architecture, fluid situation in the subcontinent in regard to security, stability, cooperation and growth so that peace and development may not remain a far crying for this zone. Pursuing its policy aimed at enhanced regional cooperation, India as chairman of SAARC worked for moving, from a declaratory phase to execution. Coming into force of SAFTA (2006), making operational the SAARC Development Fund, setting up of a South Asian University, and a SAARC Food Bank signifies spirit of regional cooperation.