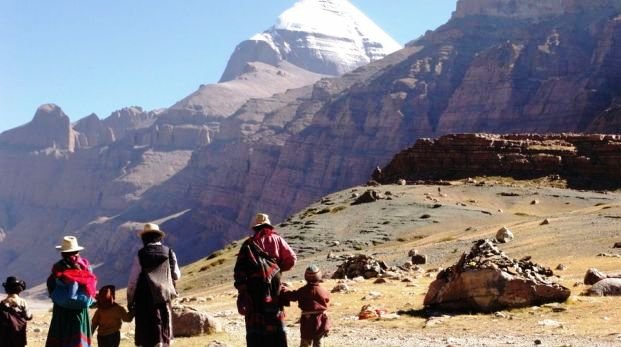 Smaller nations often rely on smart diplomacy to protect & secure themselves. But Nepal is far from playing an intelligent game between India & China. On top of that, it is believed that the ruling communist alliance often uses nationalism combined with anti-India sentiments to maintain a grip on power. This may prove dangerous for the Himalayan nation which is sandwiched between two giants – India and China.

India has been building a road in Lipulekh pass for sometimes now. In 2015, India and China agreed to expand a trade route through Lipulekh pass near Kalapani village (know as Kalapani area). This route was meant to open another route for the Kailash Mansarovar pilgrimage. At present, there are two routes for Kailash Mansarover pilgrimage tour – One via Nathula Pass (Sikkim) and another via Nepal. Kailash Mansarovar is just over 100 KM from Uttrakhand – Tibet border. So, this route would be the shortest and most convenient route from India to Kailash Mansarovar. This road would also mean that India will have a motorable road right till the Tibet border which can be crucial in a future India-China war. Since the opening of the road, Nepal has been protesting that India has built the road in Nepal’s territory.  Another issue is that Nepal would lose tourism as very few Indians would go to Kailash Mansarvoer via Nepal.

Nepali Communist Party has written a letter to India and said that Nepal would take all necessary actions to reclaim its territory. As per a news report, Nepal will deploy more forces on the Indian border. If you read Nepali newspaper like “The Kathmandu Post” and read some of the tweets of Nepal, then you will get the impression that India has captured the land of Nepal.

But the reality is very different. British East India Company and Nepal signed the “Treaty of Sugauli” in 1816. In this treaty river “Kali” was marked as the western border of Nepal. No maps were countersigned by both sides. Nepal was like a protectorate of British India and no one ever considered to draw an accurate map. Nepal used to help the British in difficult times like sending troops to help Britain to suppress the 1857 Indian war of Independence and the first world war. Nepal was recognized as an independent state in 1923 by Britain although it remained under British influence. The United States recognized Nepal as an independent country only in 1947 and Nepal became a UN member in 1955. Nepal now disputes Indian control of Kalapani Area (Lipulekh pass is also part of this dispute). The issue is that there are two steams of “Kali” river. Nepal claims that western steam is the original Kali river and India claims that the eastern stream is the original Kali river. Kali River is also known as Sharda River. If you go back in history, then some maps show the eastern stream as the border and some maps show western stream as the border. But India has continued to maintain that the eastern stream is the main Kali River. In other words, Nepal says that the river to Kalapani’s west is the main Kali while India asserts that ridgeline to Kalapani’s east is the border. This is the map published by Survey of India 1879 this shows the Kalapani village and Lipulekh pass as part of India.

Similarly, you can find a few maps which support Nepal’s claim.

During the 1962 India-China war, Indian forces moved to the Kalapani area to strengthen the defence of India in that area. Since then Indian forces have been stationed in that area. Nepal claims that Indian has illegally occupied the Kalapani area. Last year, when India published a new political map after bifurcation of the state of Jammu & Kashmir, Nepal objected that Kalapani is part of India. Chinese stand on Kalapani is a little bit vague. During Doklam standoff in 2017, China threatened to capture Kalapani on behalf of Nepal as Indian forces had stopped China building a road in the Doklam area of Bhutan. But India and China have been talking for decades to open trade routes at Lipulekh pass. This was first mentioned in 1956 and the border opened for trade a few years ago. So, thus China must have accepted Lipulekh pass as part of India so it has signed an agreement to open a new route to Kailash Mansarover Yatra.

Now India has inaugurated this road, flares are running high in Nepal. Nepali ruling Communist alliance which is not so friendly with India is trying to create an anti-India environment to take political advantage. Nepali Communist party wrote a letter to India before the Nepali foreign ministry formally objected to India. Last year there were some anti-China protests in Nepal over alleged hacking of over 200 Nepali websites by Chinese company Huawei. A few days back, Chinese state media (China Global Television Network -CGTN) had put up a social media post claiming the whole of Mount Everest but late the post was deleted. A few years ago, an internal memo of the Nepali Agriculture ministry warned that Nepal could lose hundreds of acres of its land due to rapid road expansion along a dozen rivers on border with China. Nepal is part of the Chinese BRI (Belt & Road initiative) and is receiving huge Chinese loans. So, the Nepal Government doesn’t criticize China openly but they criticize India too often. It seems that Nepal is not playing the right diplomatic cards. Nepal must understand that many BRI projects have turned in to a white elephant and this may increase Nepal’s dependence on China. Nepal wants to lessen its dependence on India through good relations with China. But Nepal should be aware of hidden Chinese desire to claim lands of Nepal. Claiming whole Mount Everest can’t a mistake by the Chinese state-owned media.

Nepal must balance nationalism and reality. Nepal can’t prosper being anti-India. Millions of Nepalis citizens work, live, and study in India. India and Nepal have a flat border in the South of Nepal. There are hardly any people to people connect between Nepal and Tibet and Nepal-Tibet border is largely not navigable due to high mountains.   Nepal has the right to have a border dispute with India and both countries could solve the dispute peacefully. Showing high anti-India tempers is not going to help Nepal in any way. Such anti-India statements may fuel counter nationalism in India and it would hamper the already sored ties between two nations. Hope both nations could look towards peaceful dialogue.