Mapping the trajectory of India-China Relations 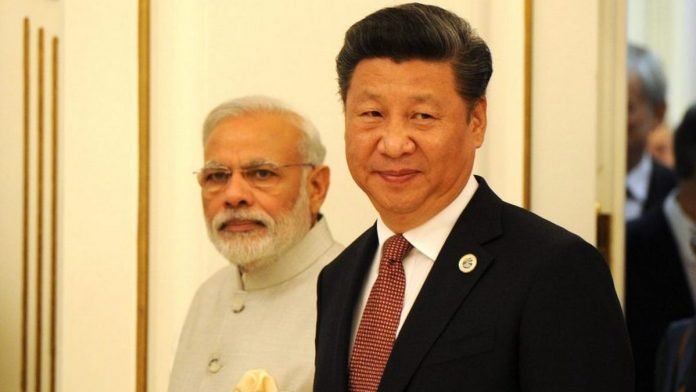 The two Asian Civilizational economic giants India and China are once again facing a downturn spiral in their bilateral relations. By taking up the matter of abrogation of article 370 of the Indian state of Jammu & Kashmir to the UN Security Council, for the informal consultation on the behest of its all-weather ally Pakistan has certainly enlarged the deficit in the relationship with India. Although, the outcome didn’t materialize the China-Pakistan effort to “internationalize” the issue and thus, lacks any formal concrete statement other than this- “This was a bilateral issue to be resolved between India and Pakistan”. This adds to the growing lists of issues in recent times assertive China has taken against India’s interest. This includes the listing of Masood Azhar as UN-designated terrorist, induction of India into Nuclear Supplier Group, differences over Pakistan based (CPEC), Belt and Road Initiative, South-China Sea and other minor ones.

The 21st-century rise of China and India globally is also marked by increasing competition, cooperation and containment. The relationship between the two countries is multilayered with interlocking global aims and bilateral animosity. India was the first country from the non-socialist bloc that recognized the People’s Republic of China in the year 1950 and established formal diplomatic relations since then.

The first visit by Indian PM Jawahar Lal Nehru in the year October 1954 was marked by the famous slogans- ‘Hindi-Chini Bhai-Bhai’ and the subsequent signing of historic “Panchsheel Treaty” (five principles of peaceful coexistence). The Bandung Conference of 1955 also called an Asian-African conference at Indonesia brought the two countries on similar lines of thoughts. Contrastingly, the India-China border conflict of 1962, the Chola Incident of 191967 and1987 Sino-India skirmishes were a serious setback to the growing ties. The recent 73 days 2017 military standoff at the Doklam has revived the existing bitterness between the two. In this way Dalai Lama, Tibet, Arunachal Pradesh and Aksai-Chin induced in the dictionary of acrimony relations.

The normalization in the relations began with the state visit of Indian PM Rajiv Gandhi in the year 1988 and the conclusory communiqué, which says, “fair and reasonable settlement while seeking a mutually acceptable solution”. In 1993, the signing of an agreement on the Maintenance of Peace and Tranquility along Line of Actual Control (LAC) during PM Narshimha Rao’s visit reflected the growing stability and sustenance in the relations. Important agreements signed during the visit of PM Atal Bihari Vajpayee in 2003, ‘Declaration on Principles for Relations and Comprehensive Cooperation’ and also, decided to appoint Special Representatives (SRs) to explore the framework of boundary settlement from an Indian perspective. The present PM Modi visited China in 2015 with the signing of 24 agreements ranging from economic to climate change. Again PM Modi revisited China in G20 summit and BRICS summit in 2016 and 2017 respectively and held bilateral talks with President Xi Jinping.

From the Chinese sides also several visits happened from Chou Enlai to Hu Jintao and Wen Jiabao to the current President Xi Jinping in 2014. The informal talks post-Doklam standoff at Wuhan, China in 2017 failed to bring in the concrete changes in the rising trust deficit in the relations. The ‘Wuhan Spirit’ raised the bar of engagement at the highest level directly though. This year PM Modi will be hosting a similar informal summit for President Xi at Varanasi, India. Besides, bilateral meetings India and China extensively engages in major multilateral forums, groupings and coordination mechanism, which ranges from Climate Change deal to trade issues against developed world WTO to SCO and the recent RIC, Russia-India-China consultation grouping.

In the realms of the economic aspect, the relationship has deepened to a great extent. The growing economic interdependence is marked by rising trade volumes, business exchanges and investments. Trade volume between the two countries at the beginning of the century stood at the US $3 billion to the recent US $95.5 billion trade. China since 2008 became India’s largest trading partner, replacing the US. Although, the trade volume is largely under China’s favour with a ballooning trade imbalance of almost US $57 billion for India places it in a very unequal position. Besides, trade china has invested almost $7 billion in the Indian tech industry, with Alibaba and Tencent committing $3billion.

The current Ambassador of India to China Vikram Misri says, ‘there are three areas of mutual interest for India and China. Besides a “peaceful periphery” they should cooperate to ensure there are open international systems regarding trade, technology and IP and most importantly global governance reforms, particularly of Bretton Woods organizations so that the voices of nations like theirs can be heard’.

Exchange of information and communication over water and shared rivers is also an important area of cooperation. As China being upper riparian state and information provided by it last year on information sharing regarding landslides which ultimately helped in saving precious and lives and resources. Notably, when China established AIIB (Asian Infrastructure Investment Bank) in 2016 India happily joined as a second single largest contributor to the bank. Additionally, the growing educational and cultural exchanges that ultimately lead to more interaction and people to people to contact on various aspects are enriching the relationship to a great extent.

Recently, amidst the US unilateral moves against globalization, trade practices have created new avenues to engage as the ambassador of China to India points out to join hands with China against US unilateralism and protectionism, a reference to US President Trump’s policy using tariff as a weapon to assert his American first policy. He also admits India’s growing concern over trade imbalances needs to be taken into consideration.

Despite these mix of pleasant and unpleasant outcomes on the bilateral relations, the role of third actor or state has always been an important and undeniable part of existing relations. Russia and erstwhile USSR, communist state shared deep and distinct relations with India ranging from security to economy, culture etc. One can understand this profoundness from the fact that India’s is the largest buyer of Russian defence products and equipment. Despite this, the trajectory of the relations has changed with the rise of China, India’s closeness with US and Western powers. China- Russia relations have strengthened in recent years given the global events and structural outcomes. Post Crimea Russia is highly depended on China, particularly on the economic sphere. The relationship is highly on China’s favour though. The inclusion of India into the SCO is seen by Russian effort to reduce the dominance of Beijing and also, to give legitimacy to the organization this was backed by China’s intent to include Pakistan in order to balance India’s sphere. From BRICS to RIC the three countries are engaging in the various convergent issues. The recent Russian position at the UNSC informal consultation on J&K situation reinforces the belief on Russia’s concern for India’s interest and also, from time to time Russia presented its independent belief when it’s come to India.

Contrastingly the growing closeness of India with the US post-Cold war, particularly in security and economic aspects have changed the equations since then. The signing of Civil Nuclear deal with the US to the recent strategically important agreements like LEMOA etc has brought the two countries closer in history. The naming of Indo-Pacific and India as a key partner in the strategic initiative by the US is seen with huge scepticism by China. The idea of Quad which India has not endorsed yet together with partnership with Japan and Australia for open and free Indo-Pacific and trade routes are the important initiatives taken to contain and balance China’s assertiveness in Indo-Pacific especially in South China, in this sense New Delhi has emerged has emerged as a partner against China’s rise. Although, PM Modi’s speech at the famous Shangri La dialogue categorically rejected that these initiatives are not aimed at particularly any country in the region but rather for free and open Indo-Pacific.

Amidst the odds and tons of deflating issues, India and China relations has reached a stage of stability and continuous engagement. As Indian foreign minister S. Jaishankar puts in his recent visit to China- ‘We reached a consensus in Astana two years ago that at a time when the world is more uncertain, our relationship should be a factor of stability’.  Thanks to the globalization, market sense and much more structural changes, cooperation becomes inevitable. Proximity, global trends and size are all creating more space to engage and explore possibilities together. The future will depend on how well the level of divergence would not hinder the pace for productive engagement.