Afghanistan And The Big Game 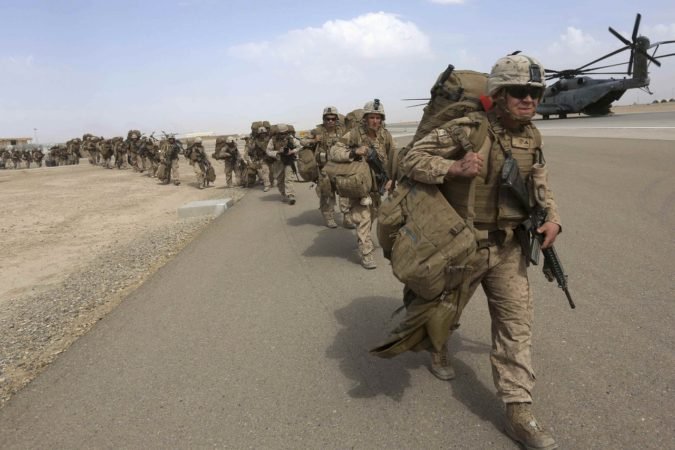 It has been more than 17 years of a long war. The United States forces are residing in Afghanistan and it has become an issue which the US is really fed up. Nothing much has been attained in this long war. Only the thing that has happened is that the US has just lost so much of its efforts and wealth as well. The United States and the Taliban may be nearing an agreement to withdraw US troops from Afghanistan after nearly two decades.

This withdrawal may have come up with many commitments from Taliban such as not to allow anti-American organizations such as Al-Qaida and others to access the soil. But anyhow the US have to accept some of the major faults which it has made. The US has to think on the hastily taken decision where it failed in ending insurgency in Afghanistan and sending the troops on a large scale without any fixed goal and time frame. It could have taken this withdrawal decision much earlier. The US could have done this just by offering financial support despite taking the extreme steps. Even the Obama government initiated the process to withdraw the troops but it went unsuccessful.

It may be suspected that this will not happen soon as the US elections are near. This could be taken as a strategy of President Trump to encash pro-army sentiments in the US, as later on to normalize the situation White House released a statement that the US is not going to withdraw all of its troops fully.

The US may be thinking of very skilful negotiations but it so much predicted that Afghanistan might descend into a wider and protracted civil war after the US withdrawal. The conflict is already a bloody stalemate, with the Taliban having proved their stay in power while enjoying the tactical advantages of an insurgency that doesn’t need to try to hold the entire country. The Taliban are making territorial gains and killing hundreds of regime troops each month, and feel that they are on the cusp of victory. Afghanistan is just near to an endgame.

The current conflict began when the Bush administration invaded Afghanistan a few weeks after 9/11 attacks. It was on Afghanistan soil that Osama bin Laden hatched the plot to attack the US. The Taliban, who were the de facto rulers of much of Afghanistan in the wake of a bloody civil war, had given bin Laden and his supporters shelter to hide. Two months into the US invasion, Taliban state institutions and defensive positions crumbled and the US formed new state institutions led by Afghans who had fought the Taliban.

The US maintained a limited force to fight and capture Al-Qaida and Taliban leaders but otherwise invested little in the Afghan economy and society. It took the Taliban four years to reconstitute itself as an effective force of insurgents to fight the US and the Afghan government, and they became stronger every year after 2004.

Since 2001, the US has spent around $1 trillion dollars and committed a peak of 140,000 troops and 100,000 contractors to an unsuccessful attempt to defeat the Taliban. More than 5,000 American soldiers and contractors were killed also in these small wars. Today, a US force of 14,000 troops and massive US Air force assets are helping maintain the defensive positions of an Afghan government.

US government may want to see an Afghan political agreement concluded before the scheduled presidential elections 2020 have fed speculation that the US intends to cancel those elections and instead install an interim regime composed of Afghan political notables, potentially including the Taliban.

Any agreement reached so quickly can only kick all the hard questions down the road. Unless the US preserves some of its remaining leverage to its troops and its spending to see out the negotiation of an Afghan political settlement, its separate peace with the Taliban will end the 17-year US intervention but may end with no peace at all.

Once any state becomes a sugar cube where everyone wants to gets its share the cube starts to degrade. Afghanistan will likely degenerate into another civil war. Taliban, with their dedicated Pakistani and Arab Gulf backers, will win that conflict, just like they almost did previously.