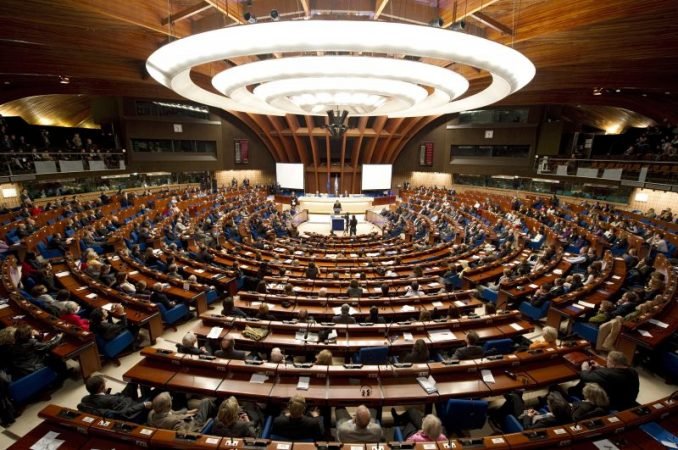 Building on the tasteful piece written recently by Commissioner Dunja Mijatovic, this article will endeavour to explore further why the Tromsø Convention (Norwegian International Convention on Access to Official Documents)[1], although adopted more than a decade ago, is in fact deserving of much more credit and fuss than it appears to have mustered so far.

To briefly catch everyone up, the Council of Europe (CoE) adopted in 2009 a Convention on Access to Official Documents foreseeing a general and minimal right for all to access public authorities’ official documents. Having entered into force last December, this convention pioneers a uniformed standardised right to obtain official documents and thereby information from official sources.  Evidently, the treaty draws on the pillar values of any and all healthy democracies that are transparency, pluralism and self-development of the individuals making up our civil societies.

Freedom of information, within which the right to access official documents is encompassed, is indeed crucial for a number of reasons. Firstly, it is essential from a somewhat ‘hostile perspective’ in order to oversee public bodies’ conducts and uncover behaviours who clash with Human Rights and might otherwise be sanitized precisely when these call for remediation, sanction and reparation. Secondly, in a ‘friendlier’ outlook, it is indispensable for the purpose of feeding the public debate and thus, allowing for militant democracies, but also to strengthen legitimacy, foster public trust and endorsement of their elected government.

Lastly but perhaps most importantly, it should be pointed out that in a similar manner as the right to life, the freedom of information is in fact a key that opens, if not all, many doors embodied by other ECHR rights such as the freedom of expression and that of thought, procedural guarantees or even the freedom of assembly and association. In effect, without being adequately informed, how could one be aware of their rights and exercise them diligently? Without receiving quality information, how could one forge their convictions and gather with others to share affiliations and work towards a common goal? And without access to verified information, could one really form an educated opinion meant to be expressed freely subsequently?

In addition to being a prerequisite to the proper exercise and enjoyment of other fundamental rights, it also echoes directly with the first article of the ECHR providing for the Contracting Parties’ duty to respect Human Rights – and in reality, render them available to all persons under their jurisdiction. In that sense, the CETS 205 can and should be looked at as a practical example of States fulfilling Human Rights and hence as falling squarely within the same scheme.

Another link certainly worthy of some emphasis is the one that can be made between the advent of such a Treaty and the recent recognition and growing establishment of the right to truth. The right to truth, as devised by Special Rapporteur Louis Joinet in 1996, is made up of several dimensions amongst which there is the right to know. The latter, in turn, involves a right to access archives and historical official documents in order to shed light on past events – and ultimately heal a society. Thus, just like we – the civil society – have a right to know our past so as to reconcile and repair wrongdoings, we also have a right to get acquainted with our present and perhaps prevent wrongdoings at all. Both instruments’ emergence form part of a single reactive movement: the reinforcement and extension of human dignity and a renewed appreciation of individuals through greater access and involvement.

Whilst keeping these elements in mind, let us say a few words about the Convention’s content and characteristics. The project is said to have been guided by the concern of identifying and generalising a core of basic compulsory provisions in a way that will “encourage the Parties to equip themselves with, maintain and reinforce domestic provisions that allow a more extensive right of access, provided that the minimum core is nonetheless implemented.” Hence, this instrument does not purport to be a binding ‘best practice’ guide, but is rather the fruits of a (well-known) compromise resulting in the establishment of a minimum threshold likely to be accepted by the largest majority.

Say we embrace the path taken by the consultative committees and concede that realistic (aka lower) standards will amass more signatures and spread wider its application, what then of an equally realistic rapid examination of the outcome? Indeed, since its adoption in 2009, only ten countries have ratified the Convention whilst the instrument is said to merely reassert what already exists in most internal frameworks of the CoE countries.

The puzzlement does not end there: when looking closer at the contracting parties, one cannot help but notice that the ‘star students’ are MIA. European countries that ranked in 2018 in the top 10 of the world-wide Human Freedom Index[1] such as Switzerland (2nd), Germany (9th), Denmark (4th), or Ireland (7th) are nowhere to be found on the ratification addendum of the Convention. It is hard to imagine why such States that are already doing so well in that area would not want to lead the example and reaffirm principles that match their internal policies.

Commissioner Dunja, for her part, had highlighted that although the majority of CoE’s members have already adopted freedom of information laws on the domestic level, some definite issues remain with regard to their practical enforcement. This referred to disparities in degrees of transparency depending on the public body as well as failures to meet requirements set for proactive disclosure. We may then wonder, provided those trends are correct, if – ironically – there could exist a lack of transparency on those regulations. In other words, if national laws on freedom of information already exist almost everywhere in Europe but they do not satisfy the thresholds put forward by the Convention in practice, civil society should know about it to remedy the situation.

Still, you may wonder: why is it so important that we enquire about, and ensure that, a smooth implementation is possible on the domestic or – if need be – regional level? Because although this article has managed to avoid bringing up COVID-19 so far, the current pandemic only enhances the stakes surrounding an effective freedom of information. As we all know by now, in times of emergency, rapid and impactful decisions have to be taken. These decisions are then in that sense less prone to gather strong consensus and yet more likely to concern the public given the serious nature of the decisions’ object.

The year 2020 has shown that misinformation and somewhat tendentious media coverage of the pandemic’s evolution was damaging enough in terms of civil discontentment and eroding our trust in the Government. But adding to that the withholding of some facts and a lack of transparency on the part of public officials is simply a recipe for disaster.

This can perhaps be better grasped when looking at the cases of France versus Sweden. Civil unrest and vocal dissents have been taking place last year against the French government, said to be lacking transparency on several issues such as shortages of equipment, rationale for measures chosen, allocation of vaccines or even the number of vaccinations. In the fall of last year, a local survey recorded that two-third of the French citizens did not trust their leaders to fight COVID efficiently. The handling of the crisis tainted with obscurity and ambiguities resulted in an unfortunate loss of popularity for President Macron and civil disobedience.

In contrast, the Sweden government remained consistent with its strong stand on, and reputation for, transparency towards its population taking roots notably in a national law favouring public scrutiny adopted in 1766. Their tradition of ‘ultra-transparency’ as is sometimes called is closely related to the country’s culture of shared responsibility and mutual respect between State and citizens. With the national Agency for Public Health taking the lead on the crisis management by remaining very open on the data available and reasons for pursuing collective immunity survey showed in Spring 2020 that nearly 80% of the population entrusted both their health system and the national Agency. Moreover, this ought to be placed against a backdrop where even the King of Sweden did publicly air his reservations regarding the confinement-sceptic management.

Now whatever anyone thinks of the Swedish strategy a posteriori, it must be acknowledged that not only did their information and transparency handling maintain its citizens, numbers show it even did as much as increase the legitimacy of their prime minister. To top it off, Sweden is one of the first to have ratified the CETS 205.

To put it plainly: some countries’ tendencies to filter information, strive to maintain composure and showcase confidence in uncertain times simply proves to be more detrimental than an approach where full transparency and efficient dissemination of available information is endorsed at the risk of revealing some inconsistencies or displaying dubiety in the process.

It is hoped that this can serve as a support for reflection around the understatement of international agreements we may take for granted such as the one 2009 Convention on Access to Official Information and the realisation that in our case, having ratified such a document could be a real game-changer in the second phase of our pandemic and rehabilitate good governance where it has been shattered.

[2] Which, for the record, encompasses personal, civil and economic freedoms, and is based on indicators in various areas such as the rule of law, the freedom of expression and information, that of association and assembly as well as civil society.

Nora Wolf, of the Kingston and of University of Geneva is an International Politics & Economics specialist. Her expertise includes Human Rights, Humanitarian Law and International Criminal Law in an inter-disciplinary fashion for the EU and the UN-related think-tanks and FORAs. Currently is attached with the IFIMES Permanent Mission to the UN Geneva as the second alternate.