Beware of the Sino-Lankan Bonhomie, India 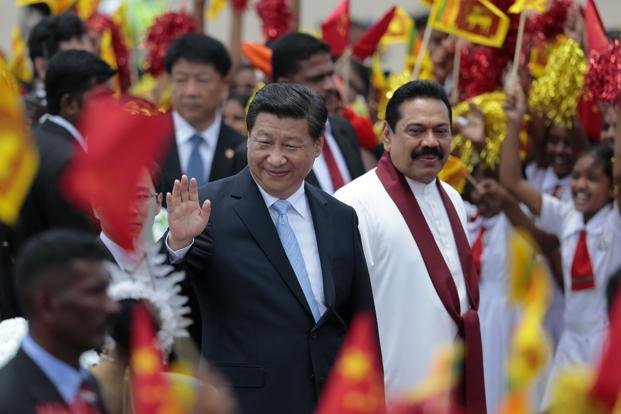 India and Sri Lanka are two neighbours sharing more than 2000 years of religious, intellectual, socio-cultural and political history.  Relations between India and Sri Lanka have largely been shaped by the personalities in power in New Delhi and Colombo.  Nehru and Kotelawala signed a pact in 1954, in which India agreed to the repatriation of the Indian population in Sri Lanka, then Ceylon. The Sirimavo-Shastri pact in 1964 determined the future of People of Indian Origin (PIO) in Sri Lanka. This pact was not well received by the Tamils as it led to about half a million Sri Lankan Tamils to be repatriated to India and more than a quarter-million Sri Lankan Tamils were absorbed into Sri Lanka. However, the fate of close to 1,50,000 Tamils was left in limbo. The Sirimavo-Gandhi pact of 1974 granted Sri Lankan citizenship to about a quarter-million Sri Lankan Tamils, while about half a million Tamils were repatriated to India. This pact is considered to be a success as it solved the issue of stateless PIOs to a great extent. India-Sri Lanka relations reached a nadir in 1987 with the Rajiv Gandhi government deciding to intervene in the internal matters of Sri Lanka. India-Sri Lankan relations could never really lift off from that point.

Sri Lanka was plagued by ethnic tensions between the Tamils and Sinhalese, allegedly due to the discriminatory practices of the Sinhalese against the Tamilian population. . Ethnic tensions led to a bloody 33-year civil war. India entered as a mediator in 1987 and ended up sending a Peace Keeping Force (IPKF), something which was not liked by either the Sri Lankan Government or the Liberation Tigers of Tamil Eelam. The Civil War ended with the killing of LTTE chief Prabhakaran in 2009. The man credited with this feat- Mahinda Rajapaksa ushered in a new era in Sri Lanka. The current President, Gotabaya Rajapaksa, was the defense secretary then.

Rajapaksa sought help from China in ending the civil war with brute force. China obliged by providing diplomatic, military and economic support to the Sri Lankan government.  China has since blackmailed Sri Lanka and has through various “investment projects” trapped Sri Lanka in a debt trap.  Former President Chandrika Kumaratunga has in fact, gone so far as to allege that Sri Lanka has been colonized by China. First, Hambantota port was usurped by China as Sri Lanka fell short on debt payments. Now, China has taken over the construction and operation of a nearby port facility.

That the Rajapaksa brothers are not pro-China will be an understatement, for history cannot, and does not lie. Even though they have repeatedly stated that India is a family while China is a friend, India should be wary of such rhetorical traps. The Rajapaksa brothers are known for the brutal suppression of the Tamil insurgency and outright support to China in a way that has done more harm than god to Sri Lanka, both domestically and internationally.

China is also said to have financed Rajapaksa’s election campaign. Mahinda Rajapaksa has a definite pro-China tilt, and his brother Gotabaya’s pro-India stance should be seen only as a half-hearted attempt to hedge and keep the India option open.  That China invested in the Rajapaksas should be a legitimate reason for worry in New Delhi.

It always takes two to tango, and therefore, each country should do its bit in allaying fears of each other. New Delhi realizes that it may not have the economic might to match Chinese investments in Sri Lanka. However, it is for policy planners in India to find a way out, possibly by partnering with countries like Vietnam and Japan to carve out its sphere of influence in the China-dominated economy of Sri Lanka.

India has striven hard to enhance its sphere of influence in Sri Lanka by flexing its soft power muscles. India will have to do much more than constructing housing societies, schools, cultural centres, rainwater harvesting systems and currency swap facilities to regain a hold in Sri Lanka, something it forfeited to China.  With the Rajapaksa government continuing to grant port facilities to China, the prospects of India regaining a strategic position in Sri Lanka look remote. Till then, the Dragon will seduce the Sinhala Lion towards destruction. It is for India to save its brother down south, if not for the sake of Sri Lanka, then at least for the sake of India’s strategic interests.