Changing Nature of Democracy in Africa 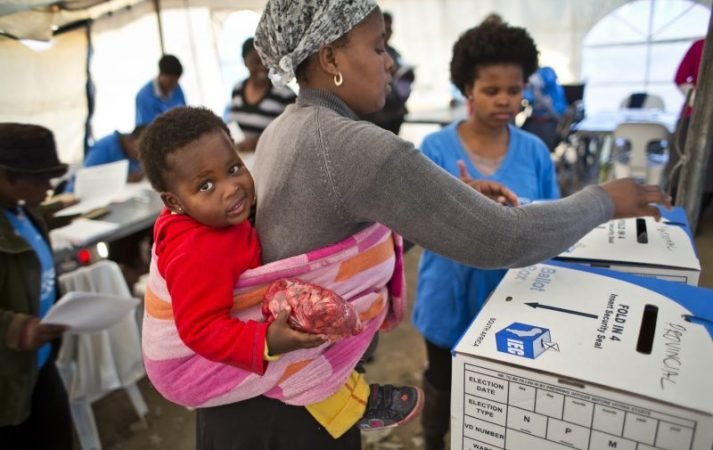 On 24th August 2020, Algeria has set 1st November as a date for a referendum on a new constitution primarily aimed at boosting democracy and enhancing the position of the parliament. The new constitution would give the Prime Minister and parliament more powers to govern the North African country comprising of 45 million people. This announcement has given rise to various debates pertaining to democracy. In the last few decades, the demand for democracy has increased tremendously among countries and democratization is considered as the need of the hour.

Democracy is considered as a key component for the fulfilment of individual and collective goals, the articulation of interests, and the nurturing of civil society. Globalizing forces have underpinned the spread of this message across the globe. In the case of Africa, the continent has witnessed many democratic success stories and the masses have shown a green signal for democratization. The Indian model of democracy has been a source of inspiration for many of the African countries. At the same time, the African political trajectory has begun moving in the opposite direction. The contestation between authoritarianism and democratization continues to be a major hurdle. Along with this, various challenges impact the democratic system.

Africa’s political landscape has changed dramatically since the end of the cold war. Following the downfall of many single-party dictatorships and military regimes, during the 1990s large number of Sub-Saharan countries embarked on a new political journey marked by institutional reforms such as elections and formation of a multi-party system. These transitions were welcomed as the beginning of a continent-wide democratic revolution. The introduction of structured political procedures was considered as an ultimate solution to eradicate the neo-patrimonial logic that has historically characterized African political elites’ approach to the management of the economy of their countries. Authoritarian regimes have and are being challenged by movements and individuals in search of a more democratic system of governance.

The political transition towards democratization is the outcome of internal as well as external pressures. The weak economic system and the need to do away with the old believes has provided a platform for young leaders to emerge and set up a democratic system to address the challenges faced by African society. Demand from within the continent is pushing African leaders to deliver the promises made by them to encourage the structural readjustment. Along with the internal demand, external donors have emphasized good governance thereby providing a path for African leaders to push for better accountability and transparency. Of the many reasons, the heat of colonialism was one of the many reasons for countries to demand a better leader and a stable government. The process of democratization in Africa includes countering the past and the colonial legacy is important to understand the rise of post-independence democratic institutions. Colonialism has had a negative impact and has destroyed traditional democratic settings and structure without forming a stable alternative.

The African continent is still rediscovering itself by enhancing its fight for democracy. Political pluralism in Africa is still not advertised universally. Leaders have resisted the old structure of government but they still have not been successful in appeasing the donors and domestic critics. In the post-independence period, the one-party system was considered as a vanguard to unify the continent which was divided on grounds of linguistic, ethnic and economic differences. However, this narrative has changed and been discarded by the majority. Setting up of democracy is not a very easy task in Africa as there are various challenges that hinder this process and this includes overcoming the resistance of entrenched governments to the pressures of local activists and aid donors, conceptualizing political changes and legitimating democratic concepts in Africa. However, in the last few decades, successful revolt against authoritarian leaders especially in Somalia, Mali and Ethiopia have been witnessed. To add to this, wars for self-determination like that in Eritrea have terminated hostilities and are setting up referendums. In some states such as Benin, Sao Tome and Principe, Zambia and Cape Verde, competitive politics has reemerged wherein democratic leaders are replaced through the ballot box.

African leaders have used various mechanism to implement this political transition and democratic revolutions and individuals have played a crucial role in Africa’s journey towards democratization. The Indian model of democracy has been well-appreciated by many African leaders and this model is been replicated in different parts of the African continent.

India and Africa have been historically connected since different time period through economics, politics and cultures. Furthermore, Mahatma Gandhi’s journey in South Africa provided an inspiration to the nascent African independence movement as well as a legitimizing factor for Indian support for the anti-colonial African national movements. The Indian Prime Minister Narendra Modi has articulated 10 guiding principles to articulate the India-Africa engagement. In this, it has clearly stated that as India and Africa have fought colonialism together, the two will work together for a representative and democratic global order that will become the voice of the humans living in Africa.

In contemporary times, a large number of African countries are shifting to a multiparty system and have been stressing on holding democratic elections. As the world’s largest democracy, India has played a key role in enhancing electoral mechanisms and the process of elected government at the national level in African countries. The Election Commission of India has partnered with numerous African countries to generate new ideas and mechanisms to counter the challenges in the election system of Africa. MoUs have been signed with the Election Management Bodies of four countries namely Libya, Cote d’Ivoire, Mauritius and South Africa. The Indian side has also sent observation team to different African countries like Lesotho, South Africa and Egypt. In 2014, Namibia was the first African country to use Indian manufactured voting machines, following this trend, in the last few years a large number of countries have successfully used the Indian machine to carry out just and transparent elections in their respective countries.

Many of the African countries have been successful in enabling this transition however according to the 2019 report of the Economist Intelligence Unit’s annual Democracy Index, that provides the overall scenario of the democracy worldwide, the average global score fell from 5.48 in 2018 to 5.44. One of the major factors that has contributed towards this decline is a sharp regression in Sub-Saharan Africa and Latin America. Average score of Africa slipped down to 4.26 in 2019 as compared to 2018 wherein the score retreated to 4.36, considered to be the lowest since the aftermath of the global financial crisis.

The above table indicates that the government system is divided into 4 types mainly- full democracies, flawed democracies, hybrid regimes and authoritarian regimes. The countries are placed in the respective categories based on their democracy index and the democracy index is based on five criteria’s- electoral process, civil liberties, governance, political culture and political participation. Mauritius is the only sub-Saharan country to secure a place in the category of full democracy, with a total score of 8.22 out of 10.

Following Mauritius, Botswana, South Africa, Cape Verde, Ghana, Namibia and Lesotho fall under the category of “flawed democracies”. Of the remaining Africa countries, 15 are categorized as “hybrid democracies”, which includes Africa’s most populous state- Nigeria, and 22 countries have authoritarian regimes. The Democratic Republic of Congo is placed at the bottom of the list with 1.13 points. Though many of the African countries witnessed an overall decline in their scores but 11 countries saw marginal improvements.

There are various reasons that are to be blamed for this poor political condition. Primarily, the lack of strong leadership. Approximately 15 African leaders have been governing for more than a decade while some of them since the time their countries have achieved independence. This continuation and lack of strong opposition has made the leaders autocratic. New development ideas have been restricted mainly to ensure that their power is not challenged. Though some of the leaders may have worked for the development of the country, the citizens lack complete freedom. Secondly, flawed elections are widely to be blamed. Over the period of time, there have been cases of elections be rigged or the verdict been challenged. This very nature goes against the principles of democracy. The biggest problem that a lot of countries face today is that, though these countries have projected an image of democracy and have supported the transition they have done this without putting in place election-monitoring mechanisms or sufficient institutions to support this idea.

What is in Store?

Democracy is a process that needs time to be successfully implemented and it is bound to be gradual, messy and slow, this has been true in the case of Africa. Though the multiparty system does exist and elections are being held, many regimes have not implemented measures necessary to complete the transition to expand civil liberties. Despite the change in the nature of government, many countries still remain under the category of “not free” which is an alarming situation. Therefore, it is important that different mechanisms are being implemented to make democracy work in Africa. Some form of decentralization or power-sharing formula might be a more suitable African strategy. Thus, the focus should be on grass root level participation over more and more issues rather than comparing the African governance system with the western democracies.