Latin America and the Caribbean: The Last Frontier in India’s Foreign Policy 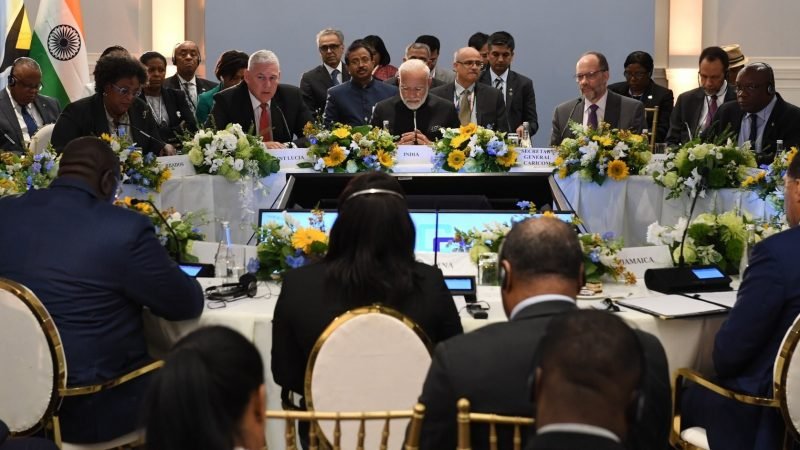 In this new age of globalization, India, like any other country in the world, is attempting to integrate itself with the global economy. The focus is on building and maintaining diplomatic and economic relations with various regions of the world. As the Indian nation’s international and economic clout grows, it has initiated outreach to enhance ties with the African as well as East-Asian regions, but it has made relatively less effort towards increasing its presence in the Latin American and Caribbean region.

The Latin American and Caribbean (LAC) region can essentially be understood as the neglected region of the Indian foreign policy. It has been a largely forgotten continent as India fails to give it any consideration despite its geographical importance, economic potential and large populace. There have been certain developments in the past few decades but the links between the two remain mostly minimal in scope.

The historical linkage shared by India and Latin America of gaining independence from European colonialism and economic imperialism has not been able to be an effective uniting factor mostly due to the vast geographical distance which separates both the regions. There are many such challenges and issues that have acted as deterrents for India in reaching out such as the lack of Indian diaspora in the region with the exception of some Caribbean islands as well as the political instability that has pervaded throughout the region.

In the last few decades, however, both India and LAC have come to realize the mutual significance and the potential they hold for each other. Their growing cooperation is mostly grounded in trade and commerce, and to some extent, political and defence spheres. The import-export trade relations between the two forms the majority of the relationship and it is localized to only a few of the countries in the LAC region such as Brazil, Mexico and Venezuela. This highlights the scope which India is yet explored in terms of various other relations they can build outside of trade and the smaller nations that still remain ignored.

India and Latin America have partnered under the advent of the South-South cooperation framework which has facilitated the friendly and cordial relations they share. It is now time for the two to take an initiative to revive and build their bond; they need to fulfil their promises and connect themselves in more trade agreements such as India’s PTA with MERCOSUR, and encourage more formal associations such as BRICS and IBSA. India needs to emphasize the existing Focus: LAC program and give it more traction whilst brainstorming additional integrated programs that are more current and relevant as well as have the ability to address a wider spectrum of areas in promoting growth in the relations.

India should be motivated by the looming Chinese presence in the region as it is an important player that has driven the commodity boom in the 21st century. A number of Latin American nations are a part of the Belt and Road Initiative and one of India’s key foreign policy objectives has been to counter the growing Chinese influence Accordingly, India should work harder on expanding their presence in the region through diplomacy and commercial outreach as it has in Africa in recent.

The motivation for India to increase its presence in the LAC region and develop relations further goes beyond the China factor in the region; Latin America alone has a combined GDP of USD 4.9 trillion, with a populace of 600 million, which is half the population of India, but with a landmass which is five times that of India. Experts in these matters have estimated that the potential for trade between the two is great if utilized effectively and may reach USD 100 billion by 2025.

Unfortunately, despite the increasing political and economic significance of the region, in the last decade especially, it has not been a priority for Indian foreign policy and continues to be sidelined. There has been an unsteady progression in the relations as Prime Minister Narendra Modi has been largely oblivious to the large region; he has only visited the region three times since his administration for G20 and BRICS conferences or summits. There have also been issues with the relations India shares with Venezuela as there have been a large number of uprisings against the Venezuelan president, Nicholas Maduro, which has resulted in a number of sanctions on Venezuela by the international community such as the United States and European Union.

However, there have been a few positive steps in the trajectory as Jair Bolsonaro, Brazilian President was invited as a chief guest at the Republic day celebrations this year. The Modi administration should lead India and overcome the last frontier in the Indian foreign policy. They should seek to build and strengthen relations with the Latin America and Caribbean region, not just limited to economic ties but beyond that as well.