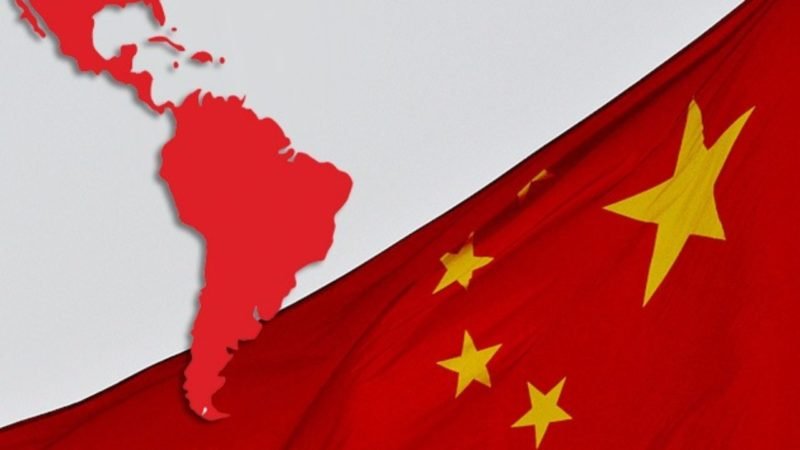 In the ongoing Covid-19 pandemic, China has worked hard to emerge as the major aid-provider to the World rather than the epicentre of the outbreak, deploying aggressive and ambitious health diplomacy. As part of its efforts, the country has provided medical supplies along the “Health Silk Road”, to no less than 89 countries across Asia, Africa, Europe, and the Americas.

In a joint interview with The Kootneeti and Asia Power Watch, Dr Alicia Garcia-Herrero, Chief Economist for the Asia Pacific at the French investment bank Natixis, says that this Chinese “mask diplomacy” engagement has been more successful in Latin America than in Europe.

Dr Garcia-Herrero reminds us that Chinese efforts have been somewhat counter-productive in Europe, plagued by defective equipment and overly opportunistic help offers. “China’s image has plummeted in Europe. That is the reason why China’s “mask diplomacy” has been more successful in Latin America than in Europe”. Meanwhile, in Latin America, “the United States is presently not in a position to protect its backyard”, she says.

She believes the pandemic will strengthen the region’s economic ties with China. “Economic ties with Latin America will benefit from a more positive image of China, thanks to mask diplomacy. The only exception might be Mexico, as its diplomatic relations with China have always been difficult and its economic ties are less complementary than for the rest of the region”, says Dr Garcia-Herrero.

However, she cautions that the situation may not be that rosy for the region. For the first time in modern Chinese history, the latest National People’s Congress ended without a GDP growth target. This, Dr Garcia-Herrero believes, shows the limited scope of Chinese growth. “It means that China cannot maintain a relatively high level of growth in 2020, perhaps not even in 2021 and that Latin America should not expect much in terms of demand for their commodities or much lending from China either”, she says.

China’s purchases of copper and other natural resources from the region contribute to its real estate development, which Dr Garcia-Herrero says will be needed to create jobs in China. But she cautions that even then, Chinese demand may not be on par with levels seen in the aftermath of the Financial Crisis of 2007-08.

She says, “China was trying hard to avoid an old-fashioned stimulus, very much aware of the unintended negative consequences as in the aftermath of 2008. However, it is very difficult to create jobs only with a push for digital infrastructure. This means that there will still be a push for infrastructure and real estate investment but not as much as in 2008. Latin America will not experience the boom in commodities it experienced then.”

On the loan front, Beijing has lent an estimated $140 billion to the region since 2005, 90% of which has gone to four countries: Venezuela, Brazil, Argentina, and Ecuador. But Argentina has just gone through yet another default on its foreign debt. The pandemic-induced lockdowns are expected to further deteriorate the public finances of countries in the region, as a result of shrinking tax revenues. Nevertheless, Dr Garcia-Herrero believes China may not grant debt relief.

“China does not seem ready to grant debt relief in a relevant way. President Xi Jinping announced a $1 billion debt relief at the latest World Health Assembly but this is very little for an external creditor position which is close to $1 trillion. It should be noted that the bulk of this credit comes from China’s policy banks and is not official aid, which makes it easier for China not to apply debt relief requirements following G20 or Paris Club agreements”, she says.

On the question of China’s scope of further infrastructure development in the region, Dr Garcia-Herrero says, “I believe China will be less keen in financing infrastructure investment overseas as it needs all of the liquidity at home to keep growth.”

Mainland China’s loans and investments have also served its political agenda, such as making countries recognizing the Republic of China (Taiwan) switch sides, like Nicaragua. Even in the post-pandemic world, Dr Garcia-Herrero believes this strategy will continue. She says, “There are very few such countries left and they are so small that I do not think it is a problem for China to keep this policy. Furthermore, isolating ROC is high on the agenda of the Mainland at the moment.”

Despite Chinese “mask diplomacy” working relatively well in Latin America, Dr Garcia-Herrero acknowledges that some anti-China sentiment flared up throughout the region, most notably in Brazil, but says that overall it will not affect China’s influence in the region much. She says, “Anti-China sentiment will continue everywhere in the World but it will not be pervasive enough since China will also offer goodies and, most importantly, the US image in plummeting to China’s benefit.”