Spain’s decision on Western Sahara is a natural result of the recent regional tensions: Zine Ghebouli 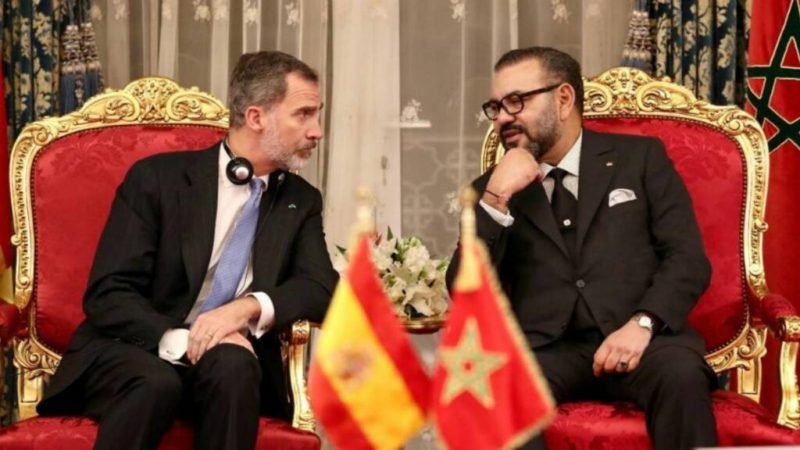 On March 19, Spain recognized Morocco’s claim on Western Sahara. This region was colonized by Spain until 1975. Since then it is seeking independence while Morocco claims Western Sahara as a part of its own territory. On the other hand Algeria supports Polisario Front, a group fighting for Western Sahara’s independence. To know more about this issue from the perspective of Algeria, The Kootneeti’s Consulting Editor Niranjan Marjani spoke to Mr. Zine Ghebouli, a researcher from Algeria.

Niranjan Marjani: Could you please tell us briefly about the background of Western Sahara and the basis of Algeria’s involvement in this issue?

Zine Ghebouli: Western Sahara is a disputed territory in northwest Africa that had been under Spanish colonial rule until 1975. Amidst the decolonization wave, both Morocco and Mauritania claimed sovereignty over the territory but Morocco controls most of the territory since the UN-administered ceasefire in 1991. On the other hand, the Polisario Front –a rebel group in Western Sahara that calls for self-determination- is actively seeking, since its inception in 1973, to establish a “Sahrawi Arab Democratic Republic” with the logistical and diplomatic support of Algeria. In that context, Algiers views the ongoing conflict as a “decolonization matter” that requires its support given its anti-colonial history. Accordingly, thousands of refugees are based in southern Algeria where the Polisario Front is also present. However, Morocco considers that Algiers’ diplomatic support as an endorsement of “separatist groups”.

NM: How does Algeria view Spain’s recognition of Morocco’s claim over Western Sahara?

ZG: Considering the historical role of Spain in Western Sahara, Madrid has always been regarded as a “neutral” mediator between Rabat and the Polisario Front. Consequently, the Spanish recognition of Morocco’s Autonomy Plan in Western Sahara, first presented in 2006 with diplomatic backing from Washington and Paris, comes as a major policy shift. Of course, the Spanish recognition does not constitute, on its own, a final solution to the issue. However, in Algiers’ eyes, this recognition may incentivize the current US administration to confirm former President Trump’s decision to grant Morocco full sovereignty over Western Sahara, a step that President Biden is still hesitant to take. Moreover, and since Algiers was not consulted before this policy shift, the official narrative is centered around the “Spanish treason” which illustrates the Algerian skepticism right now vis-à-vis Madrid.

NM: Days before Spain took this decision Spanish Prime Minister Pedro Sánchez spoke to Algerian President Abdelmadjid Tebboune. Algeria and Spain have had their share of differences. Algeria has been a major supplier of gas to Spain. What could have been the factors behind Spain taking this step which could further result in disruption of gas supply from Algeria? Particularly when Spain relies heavily for energy imports from pipelines of North Africa rather than from other parts of Europe. Also during his visit to Algeria in 2021 Sánchez spoke about further boosting the institutional, economic and human ties between Spain and Algeria. What would be the status of the Algeria-Spain relations now?

ZG: First, it is important to note the diplomatic maneuvering of both Rabat and Algiers over the past few months on Western Sahara. In that regard, this Spanish decision could be considered as a natural result of recent regional tensions. However, it is also crucial to highlight the ambiguity of the Spanish policy shift and its potential repercussions on regional stability.

It is clear that Madrid is stuck in a difficult equation. From one side, Algeria is still Spain’s first gas importer. From the other side, Rabat is also a critical regional partner especially on immigration and geostrategic interests. In that sense, Madrid’s alignment with any party could be consequential. Nonetheless, it seems that the Spanish authorities have so far opted for an implicit backing of Rabat while hoping that could incentivize Algiers to boost bilateral cooperation. This vision has come short of achieving its goals since Algiers recalled its Ambassador in Madrid and is now moving towards a “recalculation” of gas prices with its Spanish clients. Beyond that, Algiers is increasingly looking at Italy as a new energy partner in the Mediterranean region which could be the last straw for Algerian-Spanish relations.

NM: What were the reasons behind Algeria cutting off diplomatic ties with Morocco in 2021?

ZG: When Algiers decided to cut its diplomatic relations with Rabat, the Algerian Minister of Foreign Affairs, Ramtane Lamamra, cited “deep disagreements” as the primary reason. In fact, Lamamra detailed the rationale behind this decision as primarily linked to Rabat’s “hostile activities against Algeria” since the 1963 Sand War including recent allegations that Morocco also supports terrorist acts in Algeria. However, there are two motives that pushed Algiers to uphold such a firm diplomatic approach with its western neighbor.

First, Morocco’s normalization of relations with Israel as part of the new “Abraham Accords” sent a threatening message to Algiers. Despite Rabat’s assurances, Algerian officials perceive themselves and the country as the ultimate target of such a deal. In that sense, Algiers’ fundamental issue is with Tel Aviv rather than Rabat. Moreover, the arrival of Abdelmadjid Tebboune to power brought back a sovereigntist foreign policy approach that dates back to the 1960s and that seeks regional supremacy. In that case, both Algiers and Rabat have been leading efforts to dominate and influence the region. The clash of agendas and approaches was bound to lead to diplomatic tensions.

ZG: Officially, Algerian authorities have restricted themselves to the “decolonization narrative” when addressing the issue of Western Sahara. The history of the Algerian struggle against French colonialism helps in advancing this perspective especially amongst the most populist segments of society. Nonetheless, there are obviously other geopolitical interests including the lucrative access to the Atlantic Ocean in addition to phosphate reserves and fishing waters. This is also a good indication of the reasons behind Rabat’s attachment to this issue.

On the other hand, and despite the generous Algerian support for the Polisario Front, it is not guaranteed that an independent state in Western Sahara could be a valuable asset for Algiers if its inception at the moment could lead to more destabilization in the region. North Africa is already struggling with the post-Covid economic revival, food security, climate change and violent extremism. That another state that is fully dependent on Algiers’ support could become more of a liability than an asset for the time being. Although, such a decision remains that of the local population in accordance with the United Nations regulations on the matter.

NM: What is Algeria’s stand on the UN resolutions on Western Sahara and what explains Algeria’s support to the POLISARIO Front?

ZG: Since the establishment of the United Nations Mission for the Referendum in Western Sahara in 1991 and multiple mandate extensions (most recently in 2021), Algiers has endorsed and support the UN-led process to settle the issue of this disputed territory. However, the MINURSO itself, being politically dysfunctional and technically limited, has so far failed in playing a decisive role in ending the conflict. So far, Algerian authorities have been in line with the ongoing mission of Staffan de Mistura, the UN Special Envoy for Western Sahara. De Mistura is expected to present his work plan on April 20 before the UN Security Council. Still, this does not exclude a potential military escalation in this disputed territory. For Algiers, Western Sahara is a fundamental cause that bears crucial internal and geopolitical ramifications. In that sense, the Algerian support for the Polisario is both an internal public relations strategy that capitalizes on anti-colonial popular sentiment and a foreign policy choice for more regional influence.

NM: The US had recognized Morocco’s claim on Western Sahara when Morocco established diplomatic ties with Israel. Now Spain has followed the US’ steps. On the other hand Algeria’s relations with China have grown strong in the past about one decade with Algeria-China relations being elevated to Comprehensive Strategic Partnership. Simultaneous to Spain’s recognition of Morocco’s claims over Western Sahara, Algeria’s Foreign Minister Ramtane Lamamra visited China where he and his Chinese counterpart Wang Yi called for a just and lasting solution on Western Sahara within the framework of United Nations. Do these developments point towards North Africa becoming a competing ground between the US and China?

ZG: The US-China-Russia rivalry across the Middle East and North Africa is not recent. In fact, Algiers and Moscow have long been strategic partners and China represents a major economic asset for development in Algeria. Therefore, the “Great Power Competition” in North Africa is certainly intensifying but it is not simply due to the recent regional developments. Of course, the geopolitical shifts, from the Abraham Accords to the erupting conflicts nearby, will impact Algiers’ position and regional role. President Tebboune had announced that Algeria is “preparing for the new global order” which alludes that his administration views the ongoing global disputes as an opportunity to bring the country back to the international scene. But Algeria is likely to remain overall neutral for now while attempting to achieve three major geopolitical goals. First, Algiers will seek an active Russian-Chinese support for its position on Western Sahara to counter Rabat’s rapprochement with the Western camp.  Second, Algerian authorities will deepen their strategic and military cooperation with Russia simply for “pragmatic needs” because of regional tensions. Finally, the Tebboune administration could consider that an economic alliance with China could provide opportunities for development and financial sovereignty. So far, such collaboration may not be a source of concern for western capitals but it may become the case if the war in Ukraine persists and produces a domino effect.