From defence MoU in Morocco to receiving an award in Spain: EAM Sushma Swaraj concludes her tour﻿ 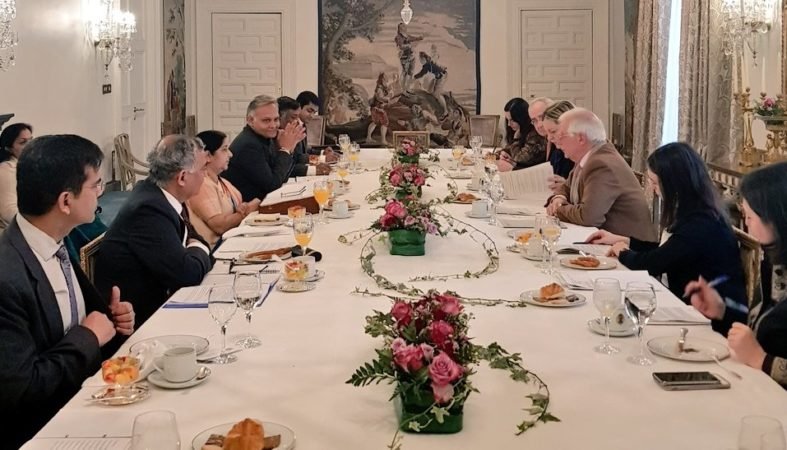 Two days after the Pulwama terror attack, External Affairs Minister Sushma Swaraj went for a 4-day tour to Bulgaria, Morocco and Spain. She informed the Indian community out there that she had visited these countries with a heavy heart. Swaraj did mention that her visit never got cancelled due to Prime Minister Narendra Modi’s insight on how these countries could strengthen their relations with India, further expanding the bilateralism.

The EAM and her delegation visited Bulgari on 16th February 2019 whereby MoUs were signed on trade, commerce, pharmaceuticals and agriculture. The next leg of the state visit was to the Kingdom of Morocco on 17th February 2019. Swaraj met her counterpart Nasser Bourita, Minister of Foreign Affairs and International cooperation and King Mohammed IV, King of Morocco as a part of the visit. Morocco known for its intense radicalization, emerged out to be a strategic partner for India in terms of countering terrorism. With the recent attacks in India, terrorism has become a significant issue which the country is trying to include in its foreign policies and therefore Morocco looked like one of the best options. Raveesh Kumar, Spokesperson of Ministry of External Affairs tweeted about the MoU signed between India and Morocco which would establish a framework for counterterrorism and meantime create a system which would monitor cross-border terrorism, funding of terrorist organisation and recruitment into these organizations.

The EAM also remarked, “India has faced the menace of cross-border terrorism for decades. Therefore, our agreement with friendly nation Morocco signed today (Monday) in fighting terrorism together is important for the country”.

While addressing the Indian community in Rabat, Swaraj thanked the companies and business establishments which have multiplied the trade figures between the two countries by massive numbers. Since 2018, the annual trade between India and Morocco stands at USD $1.5 billion.

The final leg of the tour summoned at Spain on 18th February, 2019. India and Spain have shared a long and smooth diplomatic relation since 1956. Today, the trade between the two countries stand at USD $ 1.39 billion (2016) and Spain has been the 12th largest investor of FDIs worth USD $ 2.32 billion. The visit surely expanded the avenues for both the countries in terms of its trade and economy. Swaraj met her Spanish counterpart, Josep Borrell Fontelles, Minister of Foreign Affairs, the European Union and Cooperation to discuss various multilateral agendas. The Spanish Government has also honoured Sushma Swaraj with the prestigious ‘Grand Cross of the Order of Civil Merit’ for India’s ‘Operation Maitri’, where 71 Spanish citizens where successfully rescued in the Nepal Earthquake, 2015.

The visit to Bulgaria, Morocco and Spain will certainly increase their momentum with India, opening new arenas and scope for strengthened multilateralism.