Virtual 6th Round table meeting of the AINTT 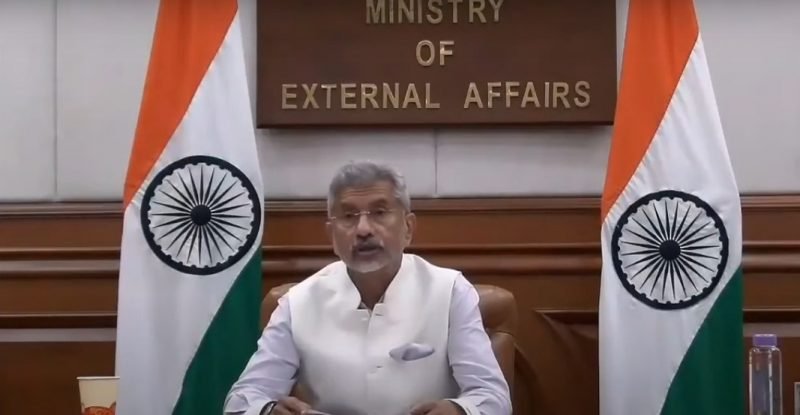 The 6th edition of the Round-table conference of the ASEAN India Network of Think Tanks was held through a video conference on the 20th of August. The conference, which was inaugurated and addressed by the External Affairs Minister M Jaishankar, will go on for 2 days till the 21st of August. Dignitaries from all ASEAN countries as well as the Secretary-General of ASEAN were also present for the conference.

The External Affairs Minister of India delivered an empowering speech on the need for such a multilateral forum to address the unprecedented challenges of the world today. The world economy is doing its worst performance since the Great Depression, leaving millions of people jobless, the pandemic has taken the lives of innocent people and the world has never hit such a catastrophic phase. Such are the times when the need for fresh ideas and perspectives in public policy from a wide array of academic and civil society thinkers is more than ever. He emphasised on the crucial role that these Think Tanks play in coming up with feasible and creative solutions to the problems which otherwise are found difficult to be addressed.

A collective response comes from a collective and a shared sense of values and principles which the ASEAN network comprises of. The development of more practical and feasible models are required to fight the shortcomings of various issues and to ensure good social and economic health in society. With all these remarks, the EAM concluded that the role of ASEAN-India Network of Think Tanks will be central to tackle global challenges by the formulation of policies that go beyond orthodoxies and provide a just and equitable world for everyone.

What are ASEAN and AINTT

ASEAN also is known as the Association of South-East Asian Countries is a regional multilateral government forum that focuses on policies in areas of security, education, economy, military as well as politics. Established with the motto of “One Vision, one identity, one community” it has exposure to a global network of alliances and old diplomatic discussions and summits all around the world. Though India could not be a part of this forum due to its geographical location, it has actively been a dialogue partner of the community. Under this forum was formed the ASEAN-India Network of Think tanks, which is an official group founded to take forward and expand this dialogue and discussion to think tanks and policymakers. The relationship would extend much beyond diplomatic ties and create a discussion platform for the thinkers and scholars of India and ASEAN countries to come together and work on solving the socio-economic challenges of the world. It is a knowledge hub of Asia which has worked tirelessly in the arenas of commercial activities, social welfare sectors, maritime technologies and well as in discovering cultural ties between India and ASEAN countries.

ASEAN includes 10 south-east Asian countries from Indonesia, Malaysia, Singapore, Hong Kong, Vietnam, Philippines, Thailand, Brunei, Myanmar and Lao PDR. The relationship between these countries as a block and India was established more than 25 years ago and is a multi-faceted one with various policies in place. For India, it’s an association with ASEAN is a significant part of its foreign policy due to the block’s proximity to it geographically and their importance economically. India has a trade deficit with ASEAN countries of around 30 billion dollars with a huge trade activity that happens through the India Ocean. Along with trade, cultural and social ties have also strengthened over the years with substantial academic exchange programmes, migration for jobs and discussions among scholars due to the think tank forum. Various projects in transportation, renewable energy, infrastructure and technology have been undertaken by both sides in an effort to facilitate capacity building. The AIC (ASEAN India Centre) located in India is affiliated to the main ASEAN headquarters which works with Indian officials in implementing the agenda accepted and shared by both the sides, along with promoting ASEAN-India strategic partnership. As EAM Jaishankar pointed out in his address at the round table conference, trust is the most important virtue that the world needs today. This trust is what has kept going the relationship between ASEAN and India for now over 25 years successfully and hopefully will continue to do so.