With Angela Merkel gone, who will be CDU’s next choice for the Chancellor candidacy? 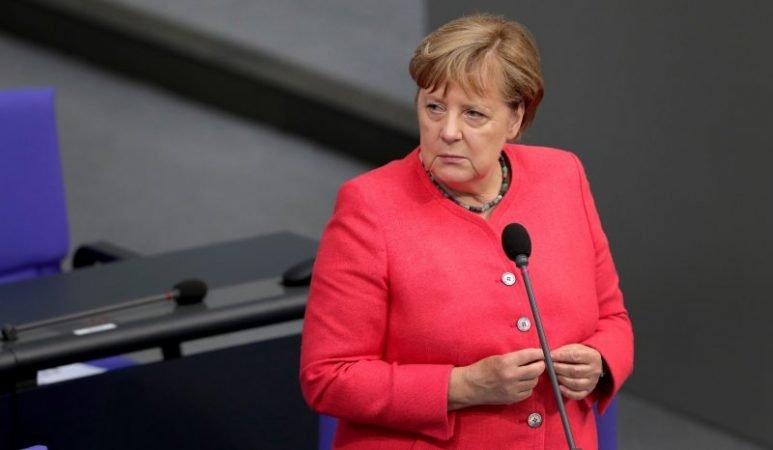 Germany is heading towards a huge change as the elections for a new chancellor near. Chancellor Angela Merkel enjoyed a good fifteen years in the office, six months in the rotating presidency of the EU and also has managed to garner a 70% approval rating for her rational and effective handling of the COVID-19 Pandemic situation. She has resigned from the leadership of the CDU two years ago and has now ruled out against running for the fifth term. In 2021, hence, Germany is looking forward to its federal election in the autumn.

The nomination of Olaf Scholz, the incumbent federal finance minister, as a candidate for the chancellor office has been announced by the Social Democrats, being the first party to do so. It makes matter difficult as with Angela Merkel gone, they haven’t been able to decide on a strong leader to take over. It is not only about the leader but also the changes the party would eventually go through for the first time in fifteen years after the new leader has been chosen. This decision is, for this reason, an important one for the party. Annegret Kramp-Karrenbauer, who has been appointed the General Secretary of the CDU after Angela Merkel resigned was very much looked forward to being her successor, but she was unable to stamp her authority on the party and made a series of blunders. It was February 10th when she resigned, leaving the CDU again without a potential nominee.

There are two main candidates now that CDU is eyeing for its next strong leadership run. With the anti-lockdown protests in full force and a section of the German population resenting the strong government ordinances regarding stricter measures during the lockdown, CDU has to cope with anti-Merkel opportunism. The two contenders are, Armin Laschet, the centrist minister-president of the populous western state of North Rhine-Westphalia who is backed by the health minister Jens Spahn; and Norbert Röttgen, the head of the Bundestag’s foreign affairs committee. There are a few issues to deal with the selection as Laschet has unwittingly aligned himself as the voice of looser lockdowns which led to his popularity plummeting when the virus was found in a meat factory, and Rottgen lacks a base for himself in the party.

There might be a third candidate from the CSU side, which is another conservative party and is a majority in Bavaria. CSU and CDU usually announce a joint chancellor candidate and sit in the Bundestag together. The young leader of the party Markus Soder has proved to be a great contender to be put up by the CSU. His popularity in Bavaria is soaring due to his communication skills and his policies regarding a stricter lockdown. The only challenge is the unwillingness of Markus Soder to run for the chancellorship as he covets the position of being a CSU leader and a Bavarian Minister-President. Only twice has that candidate come from the CSU, in 1980 and in 2002, and both times this was unsuccessful as popularity in Bavaria failed to translate into Germany-wide appeal.

The CDU is looking for a coalition government with either the Greens or the Socialist Democratic Party, but the one major difference will be the absence of Angela Merkel from the race. Angela Merkel’s policies and a fifteen-year-old legacy of a balanced rule, democratic and open on one hand and, pragmatic and ordered on the other, will be carried forward in future, even if the election are favourable or not for the ruling CDU.