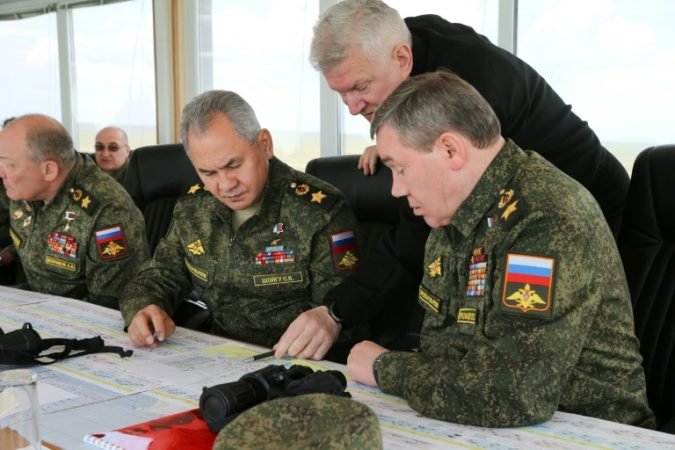 Russia’s defence minister on Thursday (Apr 22) ordered an end to military drills near Ukraine’s border involving tens of thousands of troops and dozens of warships that had exacerbated tensions with the West.

Ukrainian leader Volodymyr Zelensky welcomed the move, saying it reduced tensions after weeks of renewed fighting in the east of the ex-Soviet country between government troops and pro-Moscow separatists.

Speaking during exercises on the Crimean peninsula, which Moscow annexed in 2014, Russian Defence Minister Sergei Shoigu said Russian soldiers would begin returning to their permanent bases on Friday.

“The troops demonstrated their ability to ensure the reliable protection of our country,” he said after flying over the Opuk firing range in a helicopter.

“I’ve made a decision to wind down the checks in the Southern and Western military districts,” he said, adding the drawdown of troops should be completed by May 1.

The announcement came after the West called on Russian President Vladimir Putin to pull back troops and the Ukrainian leader offered to meet the Kremlin chief in war-ravaged eastern Ukraine.

Shoigu, who had arrived in Crimea earlier in the day to oversee military drills, said Moscow closely watched NATO movements and would remain vigilant.

Both armed with binoculars, Shoigu and the army’s general chief of staff Valery Gerasimov oversaw the drills from a viewing platform as helicopters flew overhead.

In response to Russia’s announcement Zelensky wrote on Twitter that “the reduction of troops on our border proportionally reduces tension.”

“The enemy violates the ceasefire on purpose and does not want to stick to existing agreements,” the Ukrainian military said.

Zelensky this week invited Putin to hold talks in Ukraine’s east, saying millions of lives were at stake following fresh clashes that shredded the most recent ceasefire.

Some 30 Ukrainian soldiers have been killed since the start of the year, compared to 50 in all of 2020.

The West and Ukraine have accused Russia of sending troops and arms across the border but Moscow has denied the claim.

“If the president deems it necessary, he will respond himself,” said Peskov.

Russia’s drills and the buildup of troops on the Ukrainian border led to concern in Kiev and the West of a repeat of Russia’s 2014 aggression, when Moscow annexed the Crimean peninsula from Ukraine.

The EU estimated this week the number of Russian troops along the Ukrainian border at more than 100,000.

Shoigu has described the movement of Russian troops as training exercises in response to “threatening” NATO actions.

On Thursday, he said Russia was closely watching NATO activity including the massive Defender Europe 2021 exercises.

“NATO military activity is significantly increasing in this region,” Shoigu said, ordering troops to be on alert in case of “unfavourable development” of Western drills.

The defence ministry said that about 10,000 Russian troops and more than 40 warships and other vessels were participating in the exercises in Crimea.

Large landing ships from the Northern and Baltic Fleets as well as gunboats and other vessels of the Caspian Flotilla were dispatched to the Black Sea for the exercises.

Russia also said last week it intends to close parts of the Black Sea to foreign military and other ships for six months beginning Saturday.

The move could affect access to Ukrainian ports in the Sea of Azov, which is connected to the Black Sea through the Kerch Strait.

Kiev has been battling pro-Russian separatists in the eastern Donetsk and Lugansk regions since 2014, with the conflict claiming more than 13,00 lives.